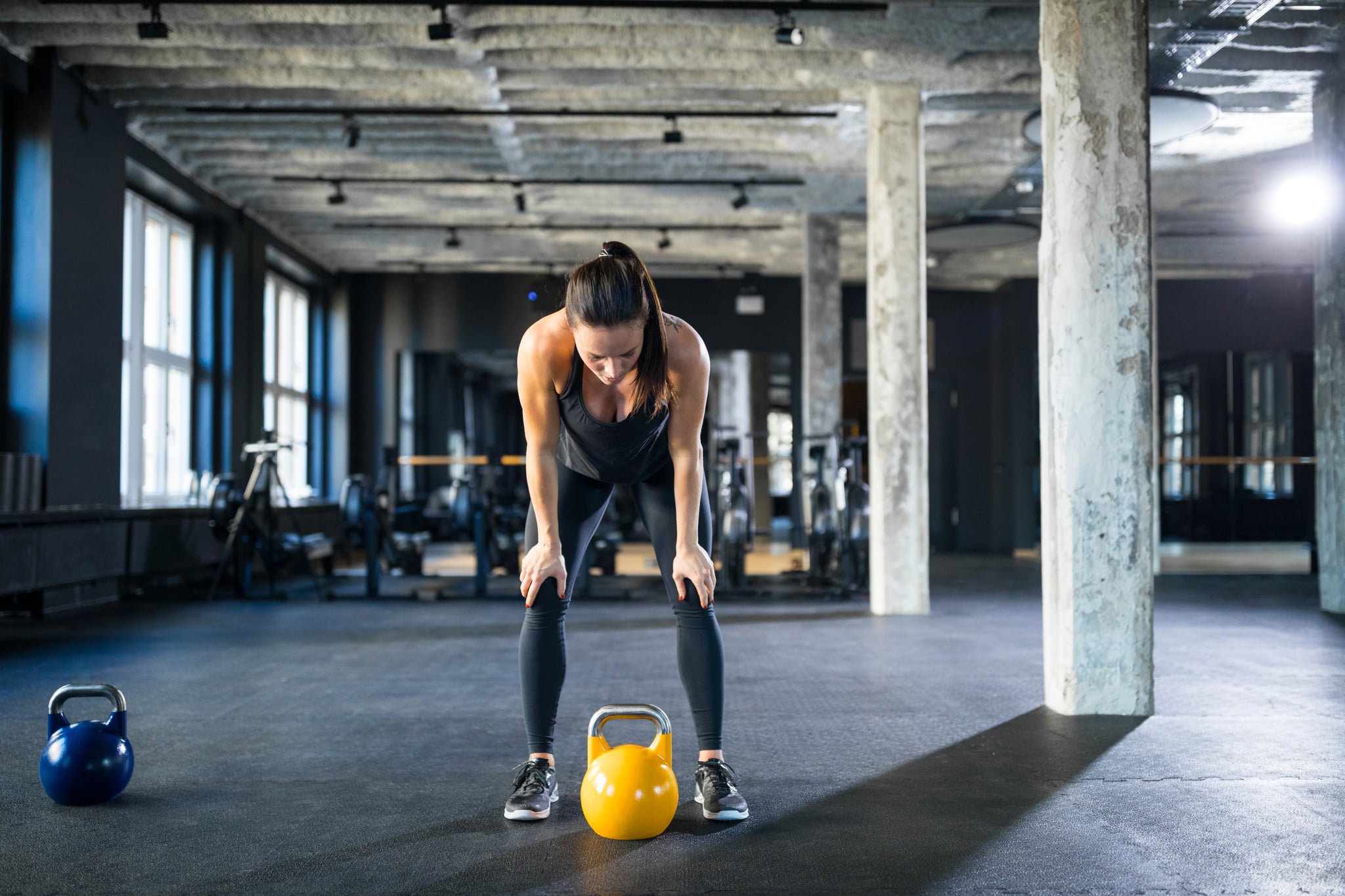 Leggings on, hair tousled with a beachy wave, lipstick applied, and sunglasses artfully placed to hide the ever-present bags under my eyes, I was ready for my eight-week postpartum check-in. I knew my doctor would give me the green light to jump back into my regular workout routine, and as a self-proclaimed fitness fanatic, I was anxious to get back to the weights and start to take control over my body, after a long nine months of renting her out. Following a brief conversation, scar check, and exam, I was delighted to hear the words, "You're good to go."

I rushed home and, as soon as the baby was down for a nap, slugged a cup of lukewarm (fondly known as "chugging temperature") coffee, dusted off my free weights, and cranked up Lizzo in my headphones. I was in the zone and ready to crush my first postpartum workout. Unfortunately, my body was not.

There were a few things that led me to this realization. At first, I thought I was just out of shape. The regular signs of muscle atrophy presented themselves, mocking me as my noodle-like arms attempted to push the 20 extra pounds I was carrying from the floor to a plank position. Then came the shortness of breath; I was struggling to catch my breath after a few jumping jacks. But as I pushed through these early workout sessions, something else just felt off.

I was in the zone and ready to crush my first postpartum workout. Unfortunately, my body was not.

Toward the end of my second trimester of pregnancy, I was at the gym doing a goblet squat, a move where you hold a weight up to your chest and perform a squat. I had done thousands of repetitions of this exercise over the course of my adult life, and even throughout my pregnancy, so I knew what my body was capable of. Unfortunately, I did not know what my ever-changing pregnant body was capable of and . . . snap. I felt a shooting pain coming straight from my pelvis.

Once you feel a snap at the gym, it's typically an indication that you should leave, so that's what I did. I got to my car and immediately called my midwife to let her know what had happened. Thankfully, she wasn't concerned about the baby, but she did instruct me to get some rest and order a belly band on Amazon as soon as possible. I followed her instructions, but the pain didn't seem to improve. So, I just rested and waited for the day that I could evict the bundle of joy that had been living in my body, rent-free.

It turns out that there is this little ligament called the pubic symphysis that connects the right side and the left side of your pubic bone together. And during that gym session, my own body weight — plus the weight of the baby, the placenta, and of course, the goblet for my squat — put an extra strain on that little ligament and stretched it further than it could handle. For the weeks leading up to birth, it just kept feeling worse.

Related:
Becoming a Mother Reminded Me That It Doesn't Matter How Others Perceive My Body

Naturally, I assumed that once the baby was out, everything would go back to normal. Boy, was I wrong. As I sit in my living room, reflecting on that time in my life, my 18-month-old is sound asleep in his crib. It's taken me 18 months to get to a point that I finally feel comfortable working out again.

In the past year and a half, I have tried to jump back in the game, but every time I took a step forward, it set me two steps back. My body was begging for time to heal, so I let it. Losing the privilege of exercise was like losing a part of me for nearly two years of my life. It was like getting benched because the coach doesn't like you, except in this case, the coach was my own body. I felt weak and shameful, like I had done something wrong. What did I do to deserve to feel so much pain doing one of the few things that would help me feel like myself again?

Every time I took a step forward, it set me two steps back. My body was begging for time to heal, so I let it.

I felt resentful toward friends or family members who had given birth and practically skipped home from the hospital. I felt jealous of mom friends who were sweating at spin class on the weekends while their partners were home with their newborns. And don't even get me started on the moms who were posting selfies of their post-yoga class glow with a baby on their hip. I couldn't relate to any of them. I felt so isolated and judged. Likely, because I had judged the moms before me who had also struggled silently for reasons I will never know.

Finally, after 18 long months, and numerous "failed" attempts, I have regained the privilege to exercise. It is not the same as it was before, and I fear that it never will be again, but I'm doing it.

If you're feeling like you're "behind" or that you should be doing more, just know that there are moms out there who are feeling the same as you. Everyone has their own way of working through challenges. Some are an open book — sharing every detail of their lives along the way — while others prefer to work through struggles inside their heads, or by writing them out on paper. There is no right or wrong way; there's just your own way.

It's important to honor yourself and your story at every stage. You created a human life, and that's really incredible. We are worth more than our ability to fit into the mold that society has created for us. We are more than the sum of the stuff we can fit inside of a day. We deserve to be valued for our love as mothers, our kindness as friends, our dedication as partners and so much more. If there is anything that I learned from my time "off," it is that there is power in stillness. Baby, you are power.

Family Life
Much Like My Family's Experience With Autism, COVID Taught Us to Cherish the Little Moments
by Shazi Visram 3 hours ago

Healthy Living
I'm the Healthiest I've Ever Been, but You Wouldn't Know It From the Scale
by Avery Johnson 22 hours ago