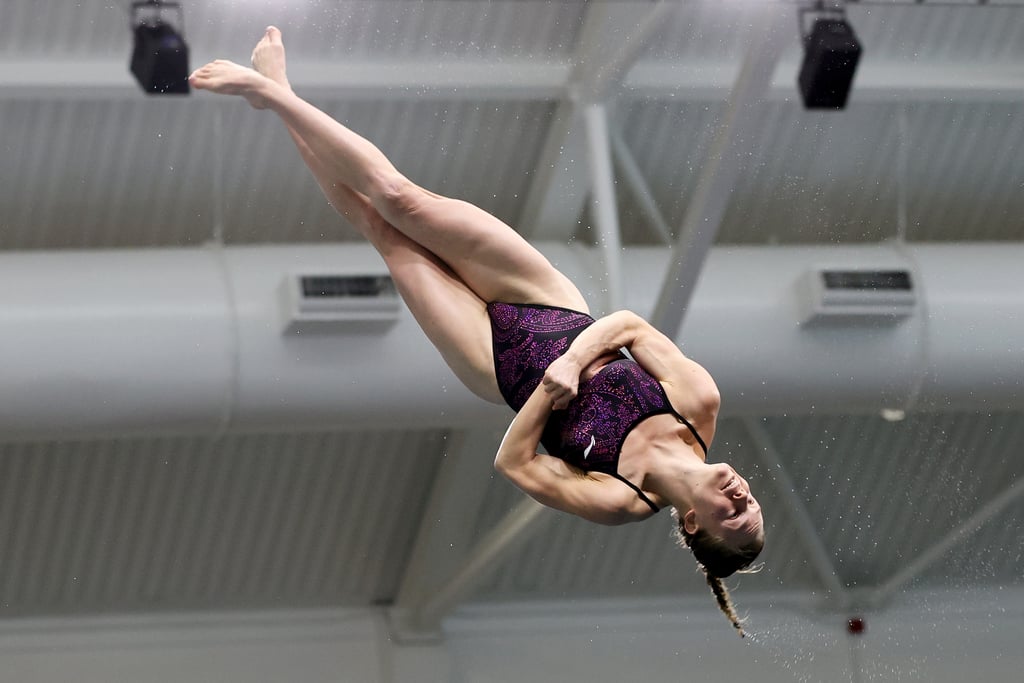 No woman in springboard diving has ever competed in synchronized and individual events at a single Olympic Games — that is, until now. Krysta Palmer, a first-time Olympian, will make history in Tokyo after clinching a spot with synchro partner Alison Gibson in women's 3-meter springboard and a separate berth as an individual in that event. Palmer, who has competed on the international level in the trampoline discipline of gymnastics, didn't start diving until around age 20.

"This has always been a goal of mine, and I didn't know if it was outrageous when I started diving because it was really only eight years ago," Palmer said on NBC after she secured that individual Olympic spot. "It's been an amazing ride up until now," she added, thanking her coach. It was the eve of her 29th birthday, and she had a lot to celebrate.

According to NBC Sports, Palmer will be the oldest diver from the US to make an Olympic debut since 2004. Ahead, watch her perform dives during both the synchronized and individual trials finals over the weekend.