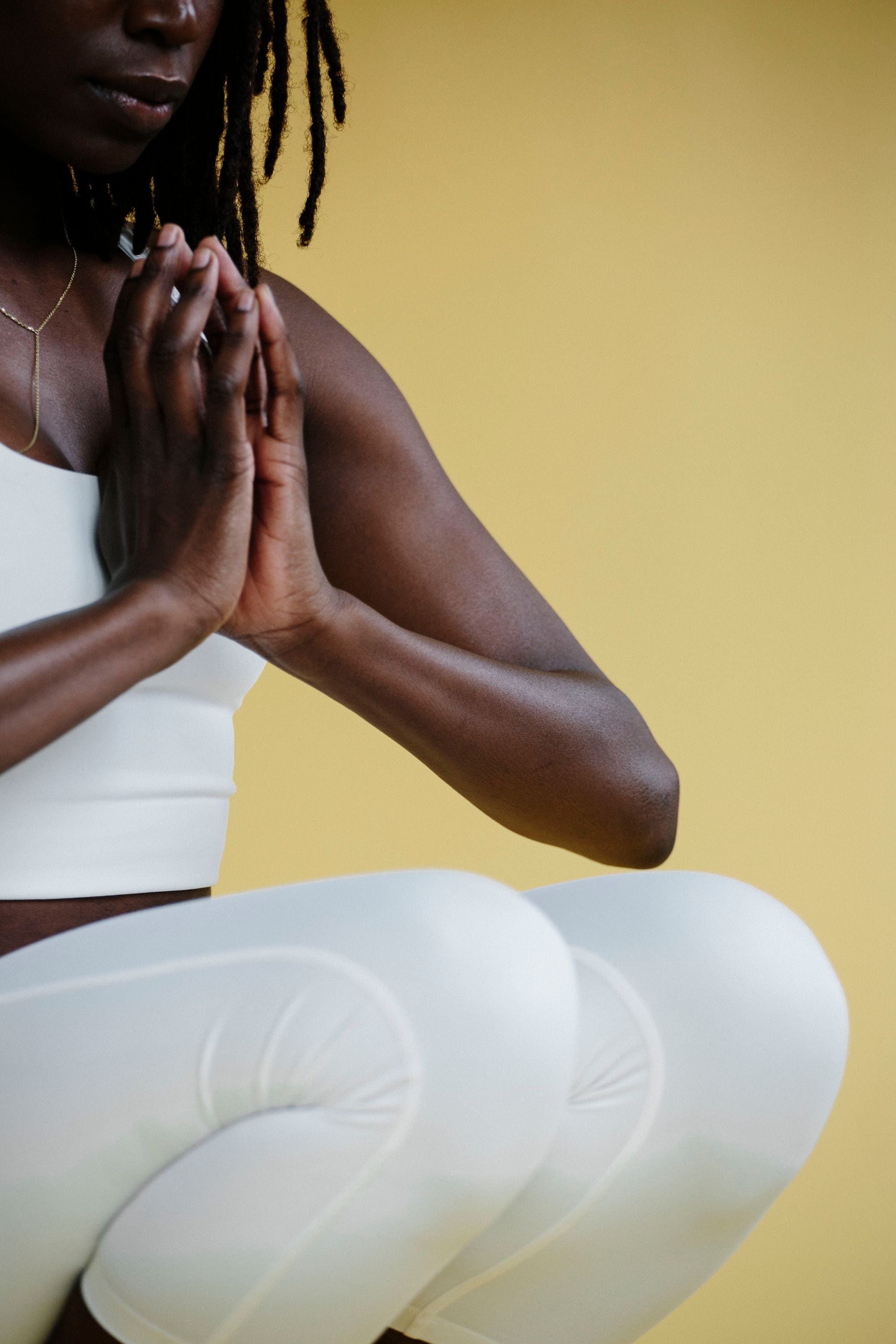 Content warning: This posts contains discussions of suicidal ideation. If you or a loved one are experiencing suicidal ideation or are at risk, the National Suicide Prevention Lifeline has several resources and a 24/7 lifeline at 1-800-273-8255.

"People are not well, in the pandemic, and also prior to the pandemic," said Sinikiwe Dhliwayo, founder of Naaya, a wellness company serving Black, Indigenous, and people of color, primarily through digital salons, workshops, and yoga and mindfulness classes. Dhliwayo has always emphasized that wellness goes far beyond drinking green juice or eating more salads, practices often touted by media outlets that predominantly center white voices and experiences. Dhliwayo worked in the health magazine industry for years, even after launching Naaya in 2018. She left media for good in early 2020. Now, her work is driven by the many factors that contribute to a person's wellbeing, especially those at the intersection of multiple marginalized identities.

That's why Naaya's wellness practice has grown beyond its original offerings of culturally sensitive yoga and meditation — both of which are valuable tools for movement and mental health — to now emphasize the importance of therapy.

Once the COVID-19 pandemic began, Naaya pivoted away from primarily hosting in-person yoga and meditation classes in studios and spaces across New York, to address the needs of its community — needs that included access to therapy. The Check-In initiative began in 2020 by securing computers for young people in the New York City area, which would allow them to participate in distanced learning. Naaya also began offering virtual yoga and meditation sessions. The organization is currently collecting resources to fund 300 hours of free therapy sessions for BIPOC youth who may need additional tools to work through the challenges they're facing.

Naaya has focused a lot of its collective energy on young people. Its efforts extend through both The Check-In and Re-Treat, a yoga and meditation retreat presented in partnership with Girlvana Yoga (with another iteration coming in early 2022). That's partly because Dhliwayo views this next generation as the future of activism and wellness, and partly because she didn't feel that she had access to these mental health resources herself as a young person.

While Dhliwayo acknowledges that going to therapy is much more normalized today, she also knows that there are still barriers to gaining access.

Dhliwayo's family is originally from Zimbabwe (the name Naaya means "healing," in Shona, Zimbabwe's official language), and didn't live in the US until she was 7. "As a byproduct of being an immigrant, a lot of things were foreign to my parents," Dhliwayo told POPSUGAR. "When I was 13, the amount of bullying [I experienced] came to an accumulation point in which I told my parents I was having suicidal ideation and really struggling in that regard. They didn't know how to handle it, in terms of getting me the additional help I needed in that moment."

Dhliwayo tried to distance herself from those terrible and traumatic feelings — as well as the stigma so often attached to mental health — by immersing herself in activities like cheerleading and pageants. While she acknowledges that going to therapy is much more normalized today, she also knows that there are still barriers to gaining access, including affordability and finding a culturally competent provider. Both are issues Naaya is working to address. 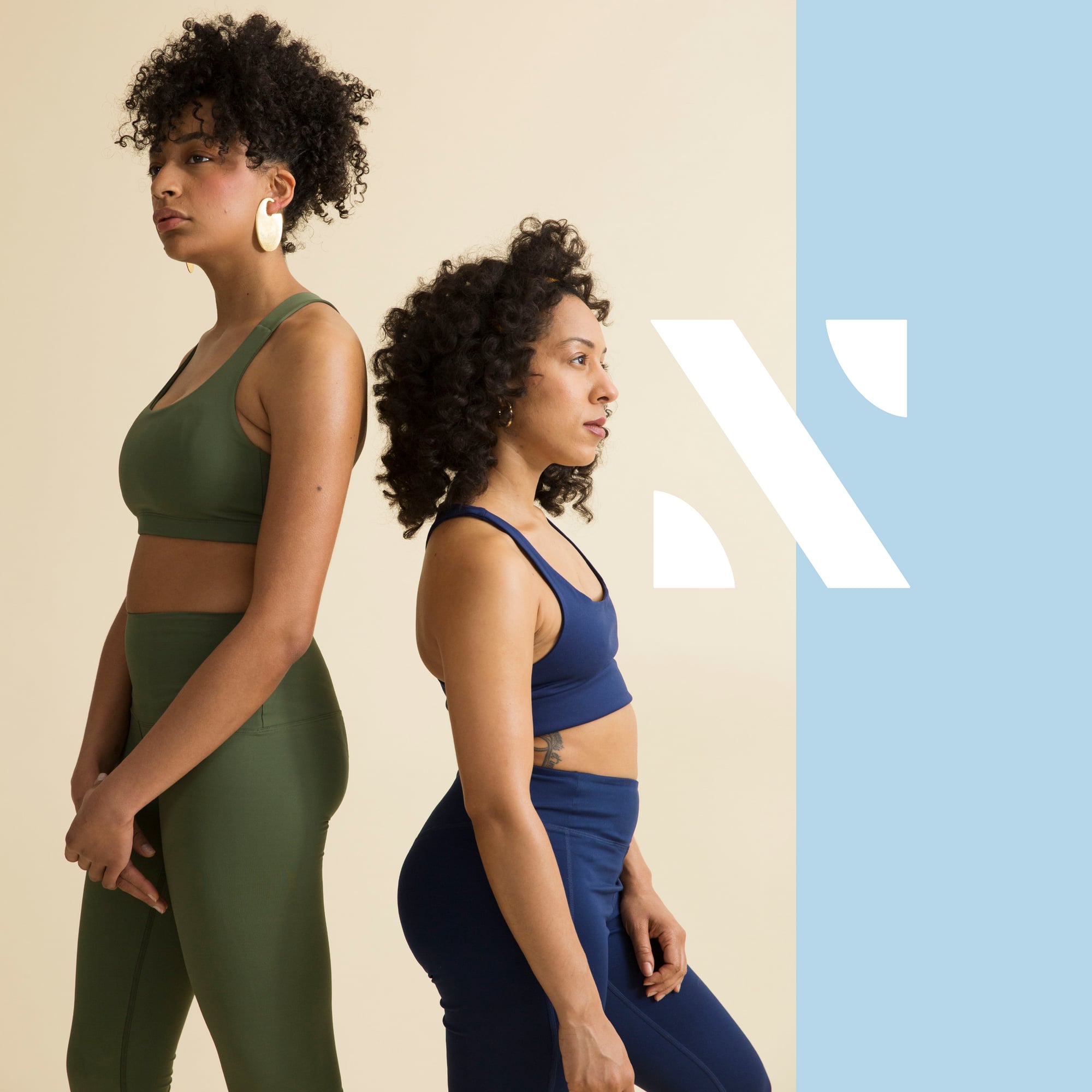 Dhliwayo explained that it can be difficult to find a therapy provider who either identifies as BIPOC or is capable of providing culturally competent care to the BIPOC community. According to the American Psychological Association, in 2015, 86 percent of psychologists in the US were white, while just 4 percent were Black. By comparison, Black people comprise just over 13 percent of the US population. More than 16 percent of Black people reported having a mental illness in the past year, according to Mental Health America.

Naaya is working to not only connect young BIPOC with culturally competent therapists, but also tailor that experience to their wants and needs. "Gen Z loves to text, so [we're] trying to also utilize forms or methods of communication that also serve the audience," Dhliwayo said. That could eventually mean using a text-based app to offer Naaya members a check-in with a therapist a couple of times a week. Of course, this doesn't replace intensive therapy if that's something a young person needs, Dhliwayo explained, but it could offer extra support if something comes up in between sessions or they don't regularly have therapy appointments. That accessibility is a foundation of the mental health assistance Naaya is determined to provide.

Ensuring the health and wellness of others can be taxing. Coupled with the stress of the pandemic and the racial "reckoning" of 2020 (which, in many ways, wasn't a reckoning at all), Dhliwayo's work has taken an emotional toll. "It's so hard to feel like you can't catch your breath . . . You finally feel like you surmounted that obstacle, and then on top of that, [there's] another thing," Dhliwayo told POPSUGAR. "It's just like that constant survival mode." All of this weight, she said, has further proven the need for a wellness community.

"The wellness industry at large is set up for people who are generally white-bodied, svelte, and affluent. It's really catered to individuals, with no sense of community," Dhliwayo said.

Dhliwayo believes that wellness should be much less about the individual and more about the collective, as evidenced by Naaya's community salons, workshops, and even a snail mail care package-swapping initiative. "The wellness industry at large is set up for people who are generally white-bodied, svelte, and affluent. It's really catered to individuals, with no sense of community," Dhliwayo said. By that, she means community in the truest sense of the word: "How are we taking care of ourselves and of others?" Her latest project is the launch of a fitness program and app called Ilanga, translating to "sun," which is for anyone who wants to work out at home and doesn't necessarily have the means to attend boutique fitness classes. It will provide yoga, Pilates, and strength-training instruction inclusive of all ages and bodies (the crowdfunding campaign for the project launched in November).

But it's about more than just making the app financially accessible. Dhliwayo's goals for Ilanga include catering to those who haven't lifted weights before or don't have the mobility to get on the floor and do a traditional yoga flow. "Generally speaking, most movement-oriented fitness platforms are operating under the assumption that you are an able-bodied individual who can get on a bike or on the floor and practice yoga," she said. True inclusivity means offering closed captioning and modifications for disabled people, Dhliwayo explained, along with scholarship opportunities for young people or college students to access some components of the app for free.

The wellness industry as it currently exists doesn't have many fitness programs like this, or communities like Naaya, for that matter. While Naaya's programs and initiatives are inextricably tied to wellness, Dhliwayo is also working to dismantle the aspects of the industry that are individualistic and noninclusive. "Naaya is at the intersection of social justice. I have to play into this wellness industry, and I'm of the mindset of 'burn it all down,'" Dhliwayo said, although, she admits, that can't happen just yet. "I'm not at that status where I should just burn it all down. But I can, in all the work that I'm trying to do in this world, do my part to create something better."