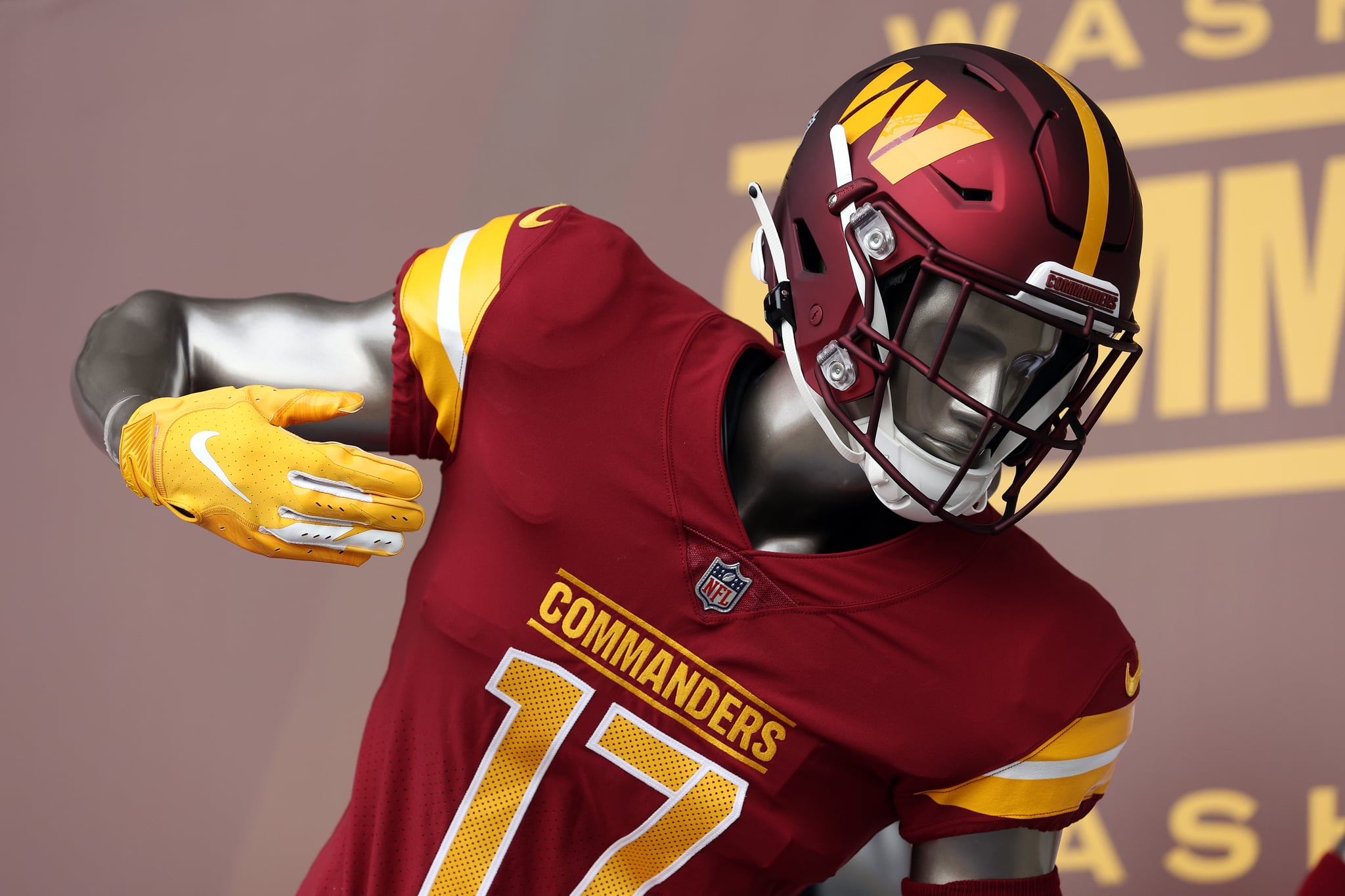 After 18 months of deliberation, Washington Football Team president Jason Wright — alongside team captain Jonathan Allen and former quarterback Doug Williams — revealed "Commanders" as the squad's new name during a "Today Show" interview on Feb. 2, 2022. When asked by "Today Show" correspondent Craig Melvin how the name was chosen, Wright responded, "It's a name that has the weight and meaning befitting a 90-year-old franchise. It's something that broadly resonated with our fans. . . . It's something that can allow us to tie the rich history and championship legacy of this franchise to new traditions in the future." Williams added, "I do like the name, it's got a good sound to it."

The announcement of the new name came with a campaign video unveiling updated logos on jerseys and helmets that maintain the team's beloved burgundy, gold, black, and white color scheme. "I loved it. I absolutely loved it," Allen said about trying on the uniform for the first time. "I feel like it embodied not only what the players represent, but what this community and what the DMV (DC, Maryland, and Virginia) represents."

On July 13, 2020, the NFL team — which, until that point, had used an offensive name, the Washington Redskins — announced that after a review process, the organization would rebrand under a new name. "Today, we are announcing we will be retiring the Redskins name and logo upon completion of this review," the team said in a statement. "[Team owner] Dan Snyder and Coach [Ron] Rivera are working closely to develop a new name and design approach that will enhance the standing of our proud, tradition rich franchise and inspire our sponsors, fans and community for the next 100 years." On July 23, 2020, ESPN's Adam Schefter reported that while the team decided on a new name, they'd be known as the Washington Football Team.

The July 13 announcement followed mounting pressure from fans, allies, and team sponsors for Snyder to change a name that has represented a racial slur toward Native Americans for centuries. The franchise had that name for 87 years, and despite Snyder initially saying he would not change the name, he finally changed course, an important win in the fight for racial justice.

Prior to the review process that began on July 3, 2020, 87 investors worth a total of $620 billion sent a letter to team sponsors FedEx, Pepsi, and Nike, asking them to end their relationships with the team unless the name was changed, according to a July 1, 2020, report from "Adweek." Nike, Amazon, Walmart, and Target pulled team merchandise from their respective websites and stores earlier in the month.

On July 10, 2020, "The Washington Post" reported that eight days earlier FedEx sent the team a private two-page letter stating that unless they changed the name, the company would remove its logo from the stadium following the 2020 season. FedEx currently has a $205 million stadium-naming-rights deal with the team that was signed in 1999 for 27 years.

As the NFL makes changes to acknowledge its past wrongdoings in the fight for racial justice, the Washington Commanders have taken a major step to do the same.

America Ferrera
Culture y Recuerdos: Why "Real Women Have Curves" Is Still Significant For Latinas
by Cristina Escobar 6 days ago