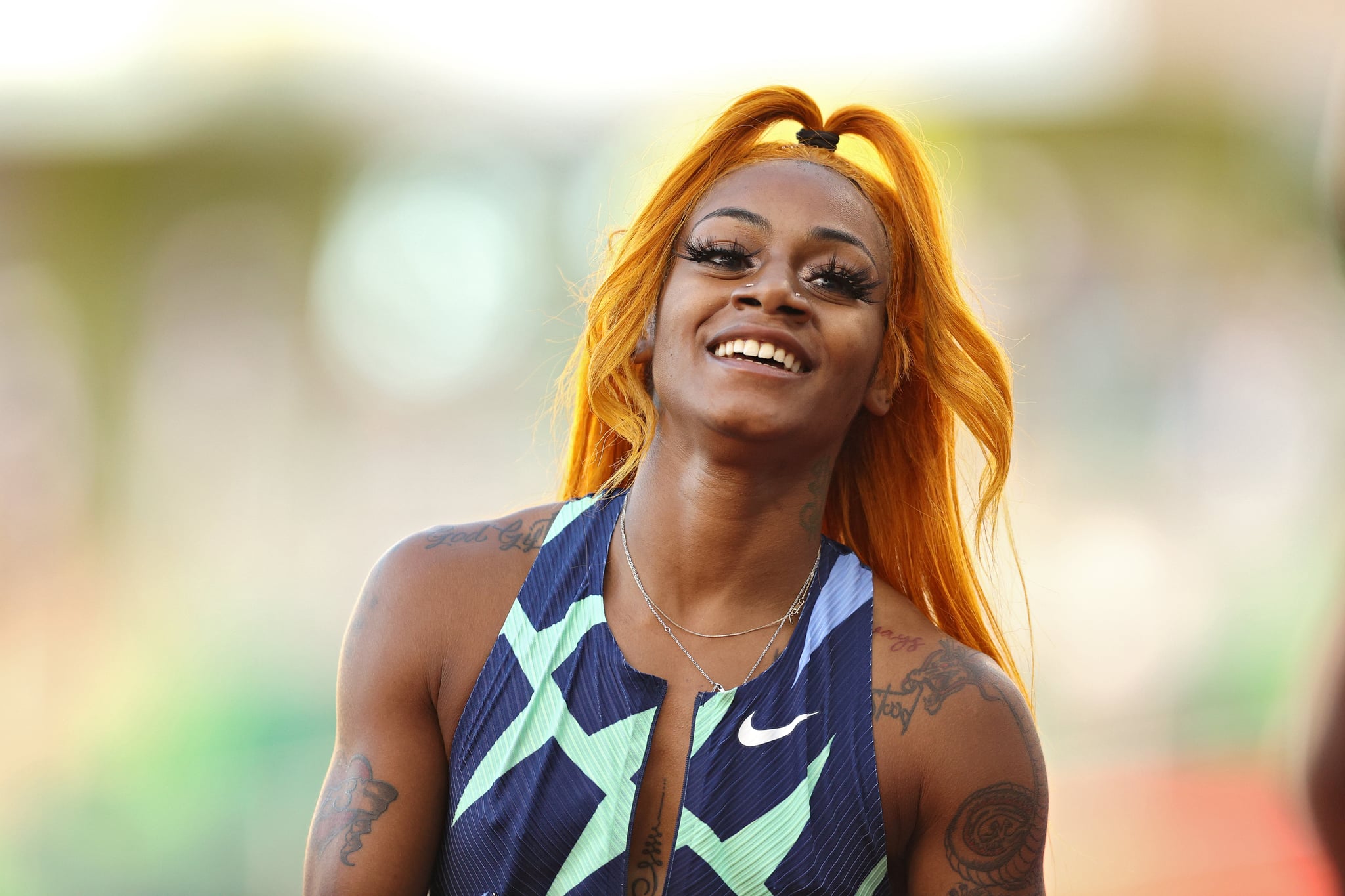 Nike is standing with sprinter Sha'Carri Richardson after she tested positive for marijuana. On Friday, the United States Anti-Doping Agency announced the positive test, and Richardson accepted a one-month suspension. She won the 100-meter race at the Olympic Trials last month and was set to head to Tokyo in a few weeks.

Richardson has been a Nike athlete since 2019. She will continue to be so after her test and suspension. "We appreciate Sha'Carri's honesty and accountability and will continue to support her through this time," the brand said in a statement on Friday. This message comes as Sha'Carri receives an outpouring of support from fellow athletes and fans who are upset by her ineligibility, which began on June 28.

After the news broke on Friday, Richardson made a virtual appearance on the Today show to apologize. "I want to take responsibility for my actions," she said. Richardson also explained she ingested marijuana as a way to cope after a reporter told her that her biological mother had died. This unexpected heartbreak sent Richardson into a state of "emotional panic" and she felt "blinded by emotions, blinded by sadness."

It remains unclear if Richardson will still represent Team USA at the Tokyo Olympics later this month. She has been disqualified from the 100-meter event, but her suspension finishes before the women's team's 4x100 relay. There's still hope that we could see Richardson perform as an Olympic athlete yet.

Olympics
Just How Fast Do Olympic Speed Skaters Move on the Ice? Blink and You Might Miss Them
by Emily Weaver 12 hours ago

Simone Biles
Nathan Chen Says That, When the Time Comes, Athletes Need to "Do What's Best For Us"
by Samantha Brodsky 15 hours ago

Netflix
After Watching Episode 1 of Netflix's Bad Sport, I'm Not Sure Who the Real Criminal Is
by Ashley Ortiz 21 hours ago