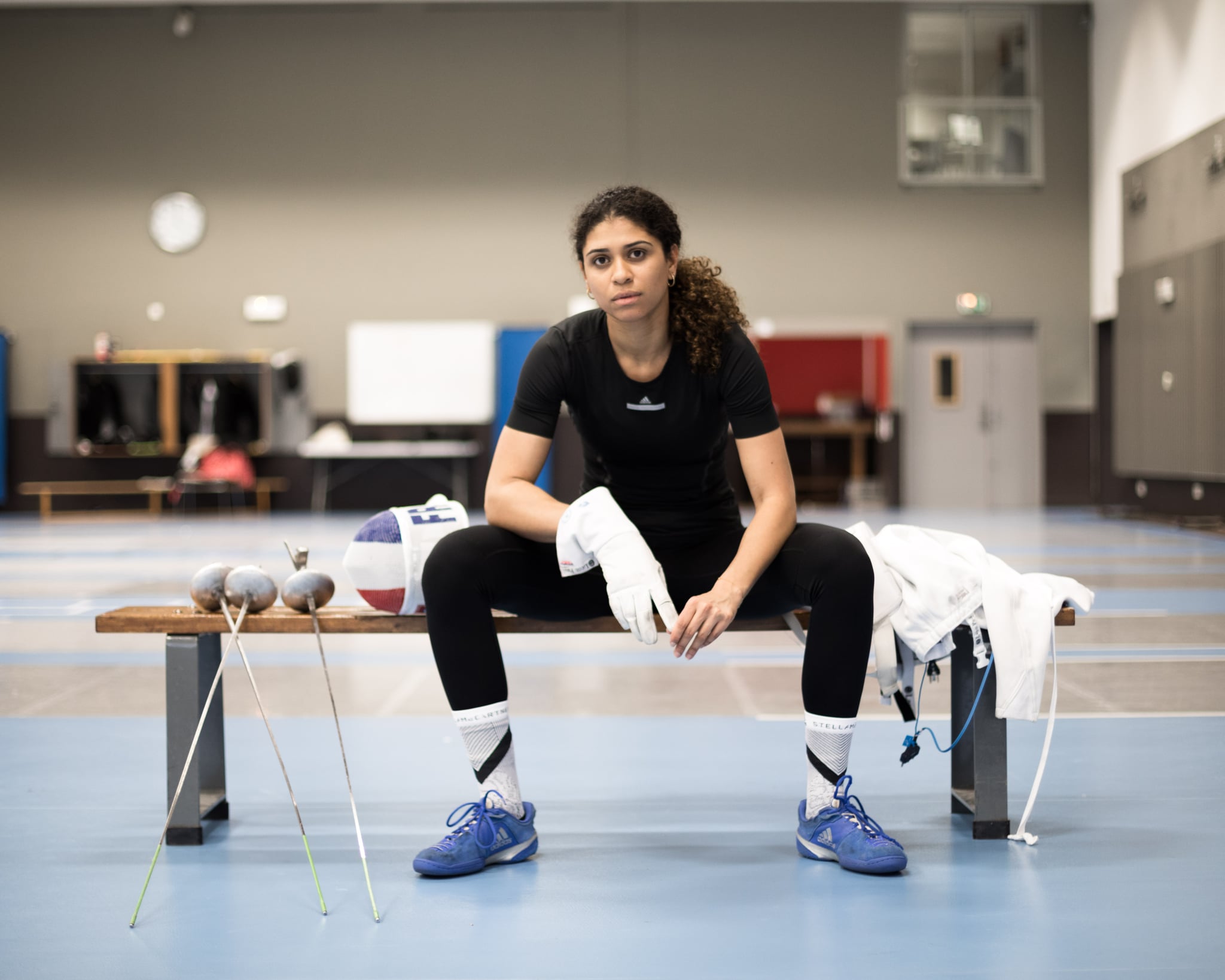 Navigating and coping with the coronavirus pandemic has been a challenge for many, but it's also provided people with stillness and the opportunity to go inward and learn more about themselves. For Ysaora Thibus, a French foil fencer and Olympian, the pandemic has been "really, really tough," but also an opportunity for reflection, healing, and being intentional about her purpose and goals as an athlete and woman.

Although Thibus finds herself with more time, "It's a big challenge," she told POPSUGAR as she continues to train for her third Olympic appearance this summer. She's already qualified to represent France in Tokyo, but admits that "it's difficult to find the motivation right now." With the uncertainty of competitions and the postponement of the Olympics, Thibus said her main goal is to maintain her fitness and be ready for the possibility of a competition.

As frustrating as the uncertainity around competition is, Thibus has found a silver lining: taking time to focus on the small but important aspects to her performance such as breathwork, recovery, and stretching. "Now I have time. So it's one thing that helped me recently to get motivation. Having small goals, and reaching goals for my body, my mind," she said. "I'm really trying to take care of my body and to be ready when it starts again."

Related:
Mariah Bahe Wants to Be the First Olympic Native Woman Boxer: "Anything Is Possible"

In addition to caring for her physical and mental health, in March 2020, Thibus created EssentiElle. "It's something I wanted to do for a long time, to just talk about what it is to be a female athlete." Her goal for the platform is to create content for women athletes and provide them with more media exposure, visibility, and a place to express themselves and "talk about what we want to talk about," she explained.

One such topic: racial justice. Like many, the racial unrest in the summer resonated deeply with Thibus. She was in the US and participated in protests for racial justice and equality. "I did all these things because I am a mixed person, I am a mixed woman," she explained. These events also compelled her to look at the history of France and her home country of Guadelupe, and the racial problems that exist in France and the countries colonized by France.


"I think social and racial justice are not American problems. It's a worldwide problem."

"I think social and racial justice are not American problems. It's a worldwide problem," she stated. "Everyone [is] connected to it somehow because we have problems, right now, everywhere in the world." She's committed to using her platform to discuss issues such as police brutality and the lack of representation of successful Black communities in France.

Spending her time between the US and France for the past two years has been transformative for Thibus. She's learned that it's good to use her voice to talk about important issues, even when people try to silence it. "This is what I want to do for my own country — talk about that and try to move forward because there is a lot of work to do."

While Thibus continues to use her platform, bringing racial and social issues to people's attention in France and throughout the world, she's still preparing for the Tokyo Olympics. Much is uncertain, and Thibus explained that she doesn't have any expectations for the Olympics, "because why not? Everything is changing in one day." Plus, she wants this appearance to be different. She wants to be present and compete without putting any pressure on herself. "I'm doing it for myself. I don't have anything to prove anymore."