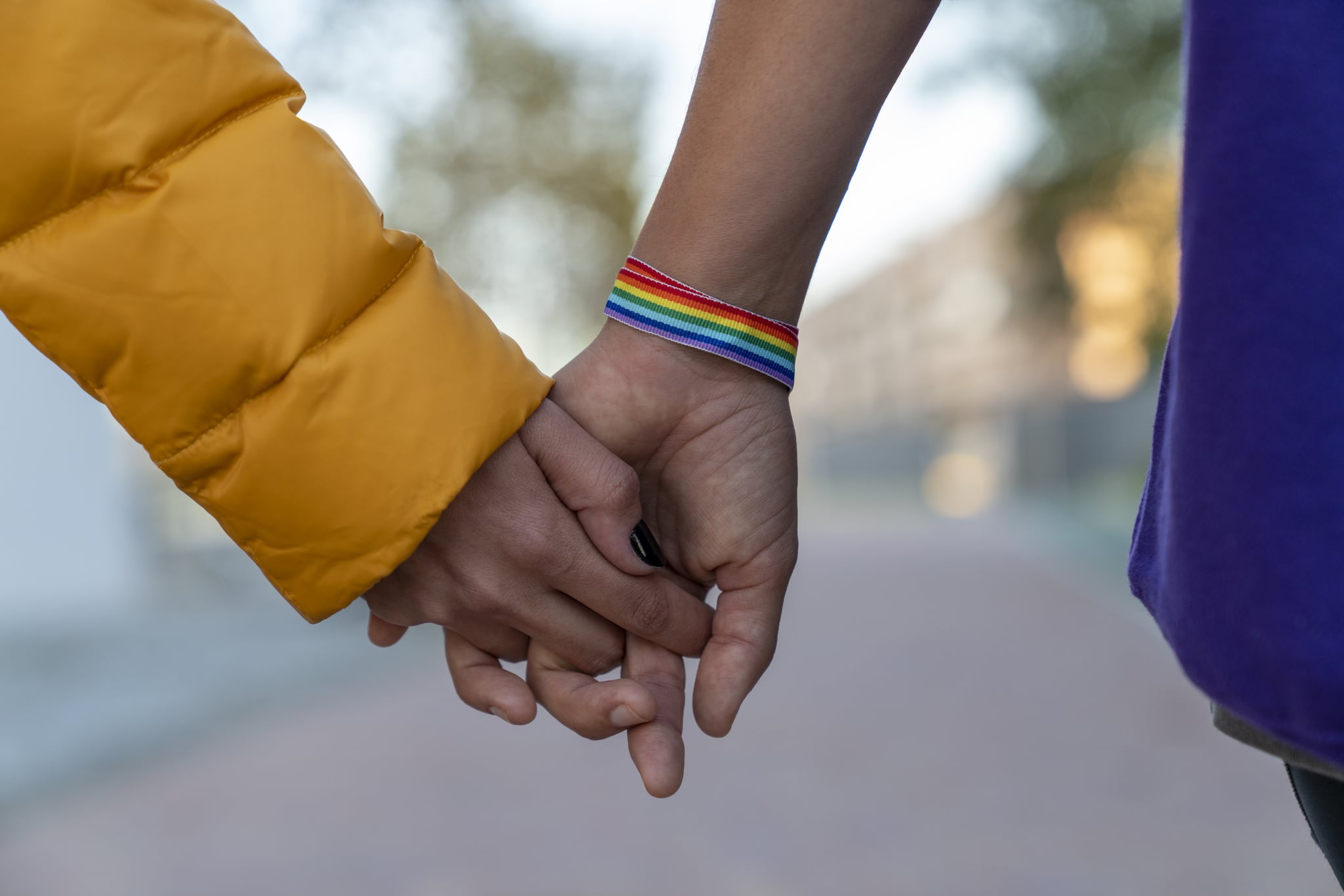 On June 24, the Supreme Court officially ruled to uphold Mississippi's 15-week abortion ban, effectively overturning Roe v. Wade. The decision leaves the legal status of abortion up to the discretion of the states, five of which have already banned it with at least eight more likely soon to follow. And while this opinion only directly affects abortion rights, it has the potential to set an alarming precedent for other rights, including marriage equality, IVF, contraception, and more. In fact, Justice Clarence Thomas's concurring opinion in the ruling already laid the groundwork for those challenges to happen.

Roe v. Wade depended heavily upon the right to privacy. This right is "implied," or unenumerated — meaning that while it's not explicitly stated in the Constitution, it is recognized based on the Supreme Court's interpretation of several amendments that "protect our freedom to make certain decisions about our bodies and our private lives without interference from the government," according to the American Civil Liberties Union (ACLU).

This includes the Fourteenth Amendment and the doctrine of substantive due process, which "interprets the Constitution's explicit protection of 'liberty' to protect certain unenumerated rights," says Cary Franklin, a professor at UCLA School of Law and faculty director of the Center on Reproductive Health, Law, and Policy, who specializes in constitutional law and anti-discrimination law. The Supreme Court has primarily relied on this doctrine for its abortion decisions, Franklin says, defining unenumerated rights based on history as well as changing social practices and values. "This approach accepts that broadly-worded constitutional protections — such as the constitutional protection for liberty — are susceptible to (in fact, require) new interpretations over time as new generations of Americans come to appreciate more fully the meaning of that term," Franklin tells POPSUGAR.

Abortion was far from the only Supreme Court case that rested on this interpretation of unenumerated rights. Cases establishing the legality of contraception, interracial marriage, and same-sex marriage are among the Supreme Court's other rulings based on this same precedent. Now that the Court has reversed the original ruling on Roe, the fear is that these other decisions, which are based on the same legal logic, may be the next to go.

Related:
The SCOTUS Ruling Comes at a Time When Abortion Access Is Needed More Than Ever

The conservative Justices (Clarence Thomas, Samuel Alito, Amy Coney Barrett, Neil Gorsuch, Brett Kavanaugh, and John Roberts) have a decidedly backward-facing view on unenumerated rights. They believe that "the meaning of the word 'liberty' in the Constitution should be understood as frozen in time," Franklin explains, "that liberty means only what it meant in 1868, when the [Fourteenth] Amendment became part of the Constitution." Justice Alito gestured toward this belief in his draft opinion, which notes that unenumerated rights must be "deeply rooted in this Nation's history and tradition." This phrase is a quote from a previous Court decision, Washington v. Glucksberg, in 1997; as Vox pointed out, Alito also used this exact phrase in his dissent on Obergefell v. Hodges — the 2015 case that made same-sex marriage legal in the United States. There, Alito stated that "it is beyond dispute that the right to same-sex marriage is not among those rights [rooted in US history and tradition]."

You could argue that the right to abortion was in fact "far more deeply rooted" than the right of same-sex marriage, Franklin says: Justice Alito and a number of the Justices who signed on to his opinion in Dobbs "have already explained, in their dissenting opinions in Obergefell, that if their constitutional understanding of liberty prevailed, the Fourteenth Amendment would not guarantee same-sex couples the right to marry."

"There are all sorts of ways to lessen constitutional protections for same-sex couples and LGBT[Q+] people . . . and Dobbs is likely to facilitate these efforts."

In the opinion on Dobbs v. Jackson Women's Health, Justice Alito seems to anticipate this concern. He listed 14 cases that could arguably be challenged if Roe is overturned, but then writes that because these cases don't support the right to abortion, "our conclusion . . . does not undermine them in any way." This ruling, Alito says, pertains only to abortion because abortion involves a "critical moral question." He says that just because other cases, such as same-sex marriage, follow the same reasoning doesn't mean this opinion could be applied to overturn them: "We emphasize that our decision concerns the constitutional right to abortion and no other right. Nothing in this opinion should be understood to cast doubt on precedents that do not concern abortion."

Yet a concurring opinion on the overturning of Roe written by Justice Thomas did just that. "In future cases, we should reconsider all of this Court's substantive due process precedents, including Griswold [which defined the right to contraception], Lawrence [which made same-sex sexual activity legal across the country], and Obergefell," Thomas wrote. The Court, he said, should "correct the error" established in those landmark cases. The lead plaintiff in the case, Jim Obergefell, has since released a statement to Huffington Post in response: "The millions of loving couples who have the right to marriage equality to form their own families do not need Clarence Thomas imposing his individual twisted morality upon them. If you want to see an error in judgment, Clarence Thomas, look in the mirror."

As the three liberal Justices (Stephen Breyer, Elena Kagan, and Sonia Sotomayor) wrote in their powerful dissent to the Dobbs ruling, "[N]o one should be confident that this majority is done with its work." The Justices continue, "The right Roe and Casey recognized does not stand alone. To the contrary, the Court has linked it for decades to other settled freedoms involving bodily integrity, familial relationships, and procreation. Most obviously, the right to terminate a pregnancy arose straight out of the right to purchase and use contraception. In turn, those rights led, more recently, to rights of same-sex intimacy and marriage. They are all part of the same constitutional fabric, protecting autonomous decision making over the most personal of life decisions." If the majority holds firm to its reasoning, the dissent states, "all rights that have no history stretching back to the mid-19th century are insecure."

Not all experts agree that a Roe overturn will result in a cascade of challenges to other rights, including same-sex marriage. "There's no national movement to overturn Obergefell," South Texas College of Law Professor Josh Blackman told Politico. "There is no jurisdiction in the country that wants to ban interracial marriage."

David French, a contributing writer at The Atlantic who has long litigated and written about abortion, says that while Obergefell might face a challenge, a reversal ultimately won't succeed. This is partially because Alito has emphasized the difference between abortion and the other rights established under the right to privacy. "Abortion involves harm to a non-consenting party, the 'potential life' (to use the language from Roe) of the unborn child," French explained in an essay for The Atlantic. In contrast, he says, rights like same-sex marriage and interracial marriage involve consenting adults.

To Franklin, however, these reassurances amount to "a terrible gaslighting" of the American public. The interpretive approach the Court seems poised to adopt "directly implicate[s]" LGBTQ+ rights, she says. The Court may "lack the political or ideological will" to take on anti-LGBTQ+ cases and strip these people of their rights, she says, "[b]ut I wouldn't count on it. There are all sorts of ways to lessen constitutional protections for same-sex couples and LGBT[Q+] people — indeed, the Court is already engaged in that project — and Dobbs is likely to facilitate these efforts."

It's important to note that the ruling on Dobbs — and, by extension, Roe — only directly affects the right to abortion. Any other rights that could be impacted, such as the right to contraception and same-sex marriage, will not immediately change.

The question is whether overturning Roe now paves the way for challenges to other privacy-based rights that, arguably, are also not "deeply rooted" in American history and tradition. Justice Thomas's own supporting opinion hints at that possibility, and many experts think it's only a matter of time before similar cases start making their way to the Court, where the Dobbs reasoning — despite Alito's assurances to the contrary — seems all too likely to become precedent for other overturns.

Celebrity Interviews
Billy Eichner Is Still Best Friends With the First Person He Came Out to, 27 Years Later
by Monica Sisavat 4 hours ago 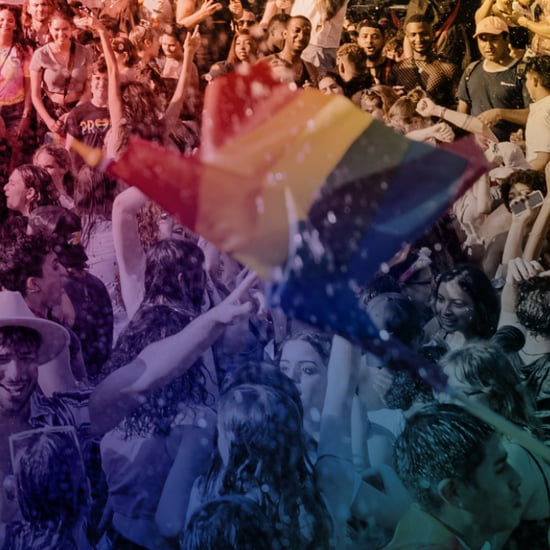 Identity
Out Loud
by Melissa Hayes 4 hours ago