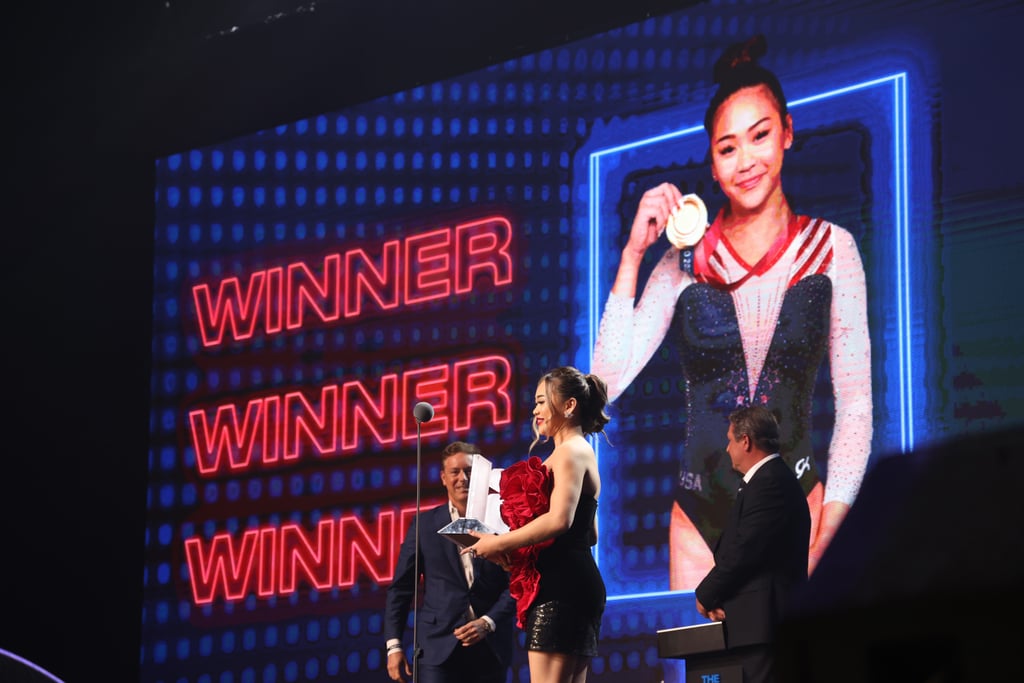 Suni Lee is closing out her whirlwind year with another award. Following her gold-winning performance at the Tokyo Olympics and an impressive run on Dancing With the Stars, the 18-year-old gymnast was just honored as Athlete of the Year along with swimmer Caeleb Dressel at the 2021 Sports Illustrated Awards on Dec. 7. Lee described the win as "surreal." She said, "I never would have thought as a 6-year-old young gymnast that I would be standing up here winning the SI award."

With her sister, Shyenne, in the audience, Lee thanked her family and coaches for their support during challenging times. "It has not been easy," she said. "During 2020, right before the Olympics, I actually almost quit because the pandemic was so hard for all of us. It was just really hard for me to stay motivated." Lee added, "You don't have to be great to start, but you have to start to be great. I think that's something that's so important because people tend to get caught up in trying to live up to a standard."

Lee posed with her SI trophy on Instagram following the show, and wrote, "This year has been a dream come true & it's just the beginning." See photos from her exciting appearance, ahead.