After seeing this powerful video from fitness trainer Val Desjardins recalling an incident that happened to her at just 10 years old during a soccer tournament, I felt so filled with emotion, sadness, and shock. My daughter is almost 10, and I just couldn't imagine her going through something like this. I felt compelled to reach out to Desjardins, founder of PUMP Fitness MTL and owner of the Victoria Park Fitness Club, to find out more about her experience and to bring awareness to injustices with gender and sports.

How Desjardins Had the Confidence to Stand Up For Herself

The one thing that struck me the most about this story was Desjardins's confidence, especially at just 10 years old. When, during a girls soccer tournament, coaches questioned her gender and asked her to show "proof" she was a girl, Desjardins had the confidence to stand up to them as she describes in the video above.

"I had to be loud, I had to use my voice, and I had to assert myself," Desjardins told POPSUGAR. "Speaking up and taking control is in my nature. I've never been one to shy away from confrontation. When I was younger, it was raw and unfiltered." For example, when Desjardins was in second grade, the principal walked into her classroom and asked if she could have a few boy volunteers to help her move things. Desjardins remembers standing up and saying, "Why only boys? I'm as strong as all of these boys." Part of that confidence came from her parents' support, who, Desjardins said, always backed her up, as long as her battle was justified.

"When it comes to sports, I've always spoken up against injustices because they light me on fire. It's so much bigger than me. If anything, I've had to work on channeling that inner fire and using it in a way that serves me, the greater good, and keeps me safe," Desjardins said. She's had to learn to choose her battles.

"I'm glad I was challenged growing up. It solidified my convictions and motivation to be authentically myself."

For the incident Desjardins is sharing in the video, she said what made that particular situation increasingly humiliating is the fact that, not only was she aware of what was going on, but so were all the other participants in the tournament. Desjardins said, "Like anyone else who practices competitive sports, my goal was to be the best athlete possible. And to have that questioned, as if it could be the result of my gender and not my hard work, was heart-wrenching for me at the time." 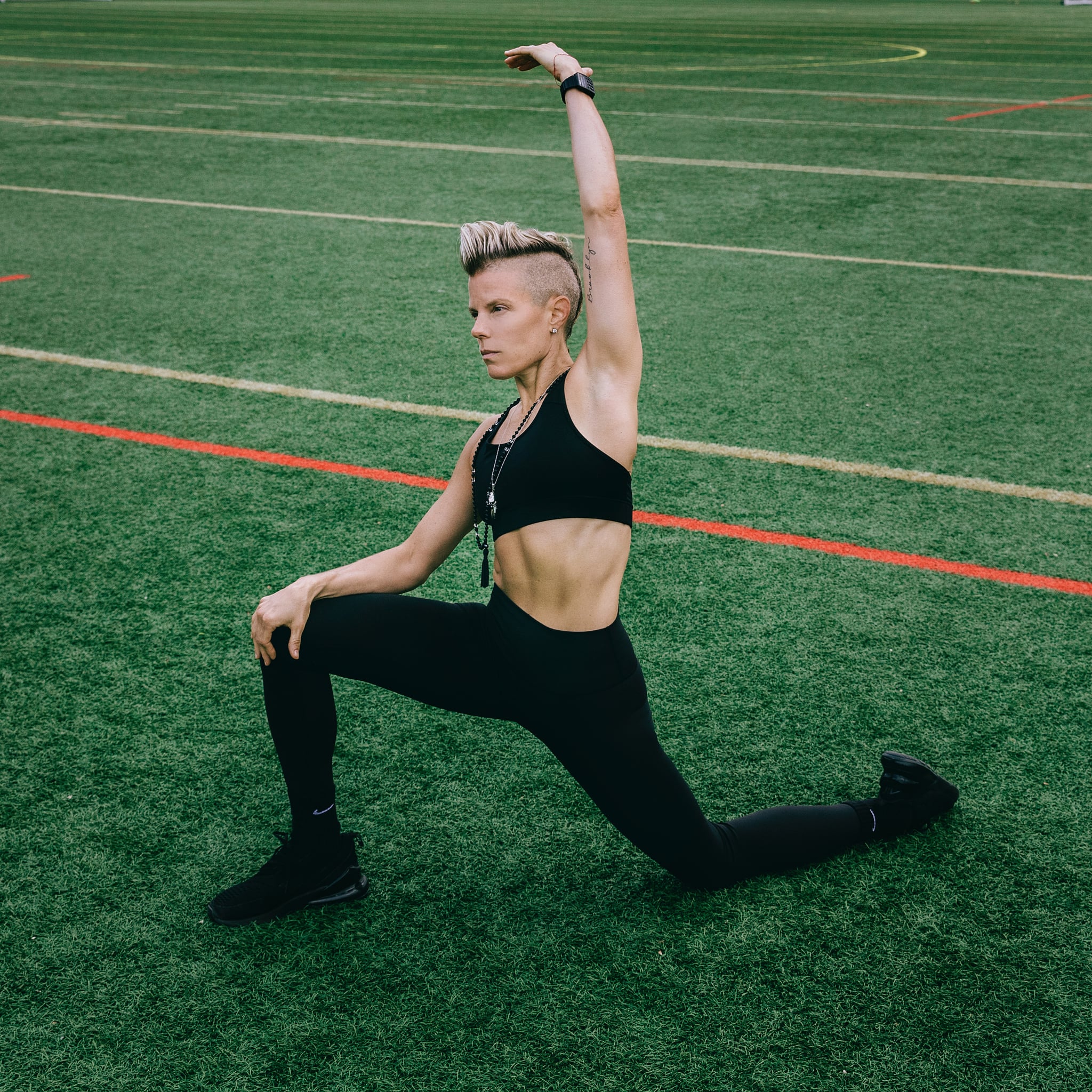 This wasn't the only incident of gender bias Desjardins had to deal with, and she said it went both ways. If she played hockey with the boys, she would sometimes be overprotected by her teammates. "I found myself trying to prove that I belong there and that I could fend for myself," she said.

She also distinctly remembers a mother from an opposing team that Desjardins played against yelling at the referee about there being a boy on the field. "That was me. Our teams faced off multiple times throughout the season and she did the same thing repeatedly," Desjardins said, and for whatever reason, nobody ever spoke up and said anything, even though she was only 12 years old at the time.

"I snapped and told her off on one occasion and got myself in trouble. At the time, nobody asked me how I felt about the situation. I was just scolded for swearing," Desjardins said. This happened 30 years ago, and Desjardins believes that the subject of gender is now less taboo than it used to be. "If this were to happen today, I have to believe that things would be better handled," Desjardins said. 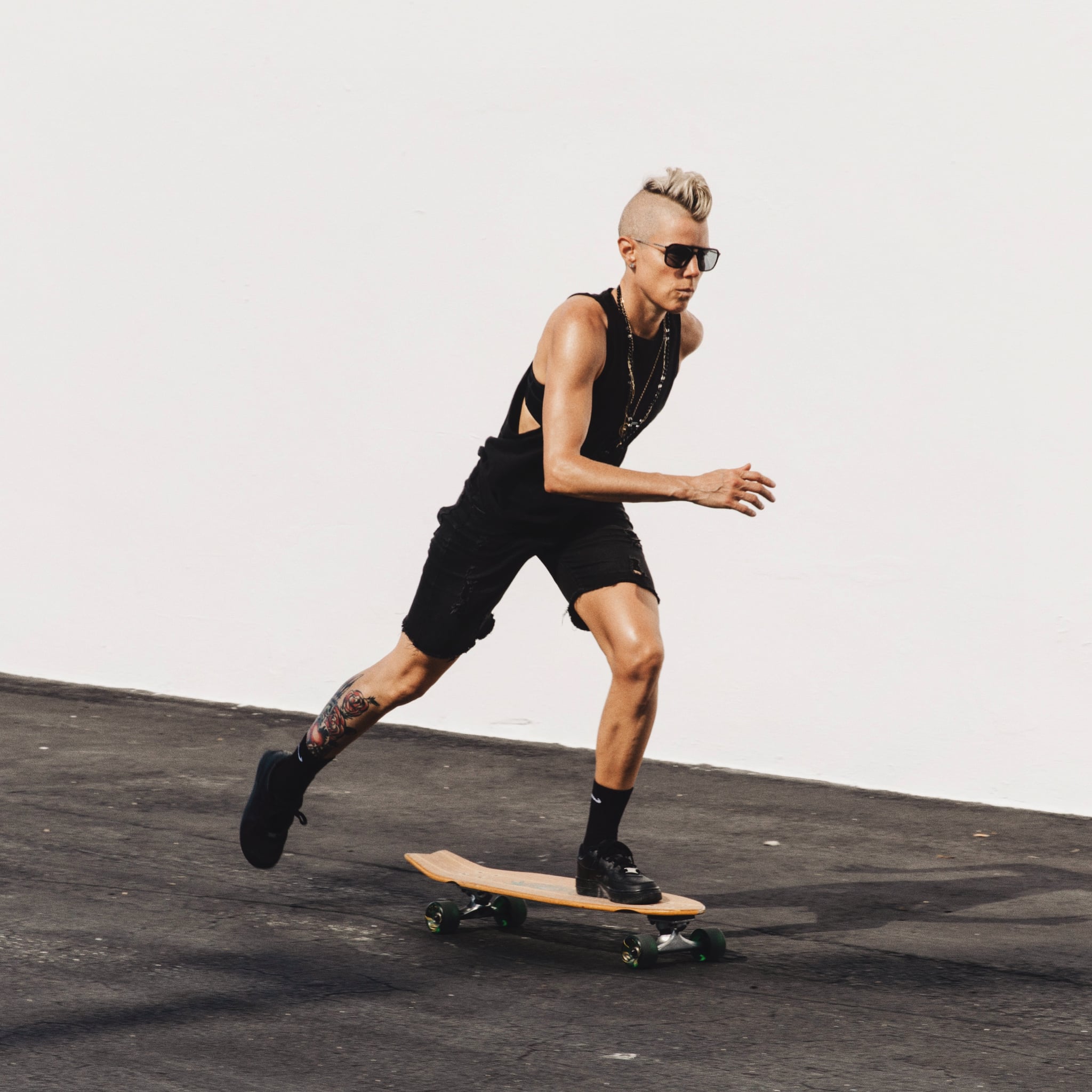 Desjardins's gender was questioned numerous times while being an athlete, but Desjardins said that sports and movement have played such a cathartic role in her life that, despite the different instances of discrimination based on gender that she's encountered, the positive benefits have massively outweighed the negative ones. Sports and fitness gave Desjardins access to a community of people who were dedicated to something in the same way she was. Later on in Desjardins's career, this is also what fueled her to want to create safe spaces and dialogue where people could embrace wellness and feel free to be themselves without any restrictions.

"Ultimately, the support of my friends, family, and teammates always managed to pull me through whatever hardships I encountered. All l really wanted was to have fun, and when all was said and done, all these obstacles really fueled an innate sense of justice within me," Desjardins said. It took her many years to realize that these experiences had also given way to unresolved instances of anger and frustration that had to then be deconstructed, and that she's still working on dismantling today.

""The best advice I could give people is to live their truth."

"I'm glad I was challenged growing up. It solidified my convictions and motivation to be authentically myself. My drive and passion have been fueled by these incidences. But the truth is, the work never ends; it's a process." Desjardins added, "I have to work on myself constantly so I can show up for others and support them in their growth."

As a trainer, Desjardins has embraced the practice of an overall approach to wellness where she focuses on four pillars: mindset, movement, nutrition, and recovery. She said that when combined, investing in those pillars allows someone to build the foundation of wellness that they'll be able to rely on for the rest of their lives. Seeing her clients' efforts pay off makes a huge change when it comes to their self-confidence.

"The best advice I could give people is to live their truth," Desjardins said. Although she sees steps being taken in the right direction every single day, she said the reality is that discrimination based on gender is still a reality and that it remains pervasive. She said to find "your people," whether it's a small group or a larger network to help fuel your sense of belonging, and give you the support system you need to fully activate your true being and serve others with your gifts. Once you have a safe place, Desjardins said to find something you're passionate about and work to excel. 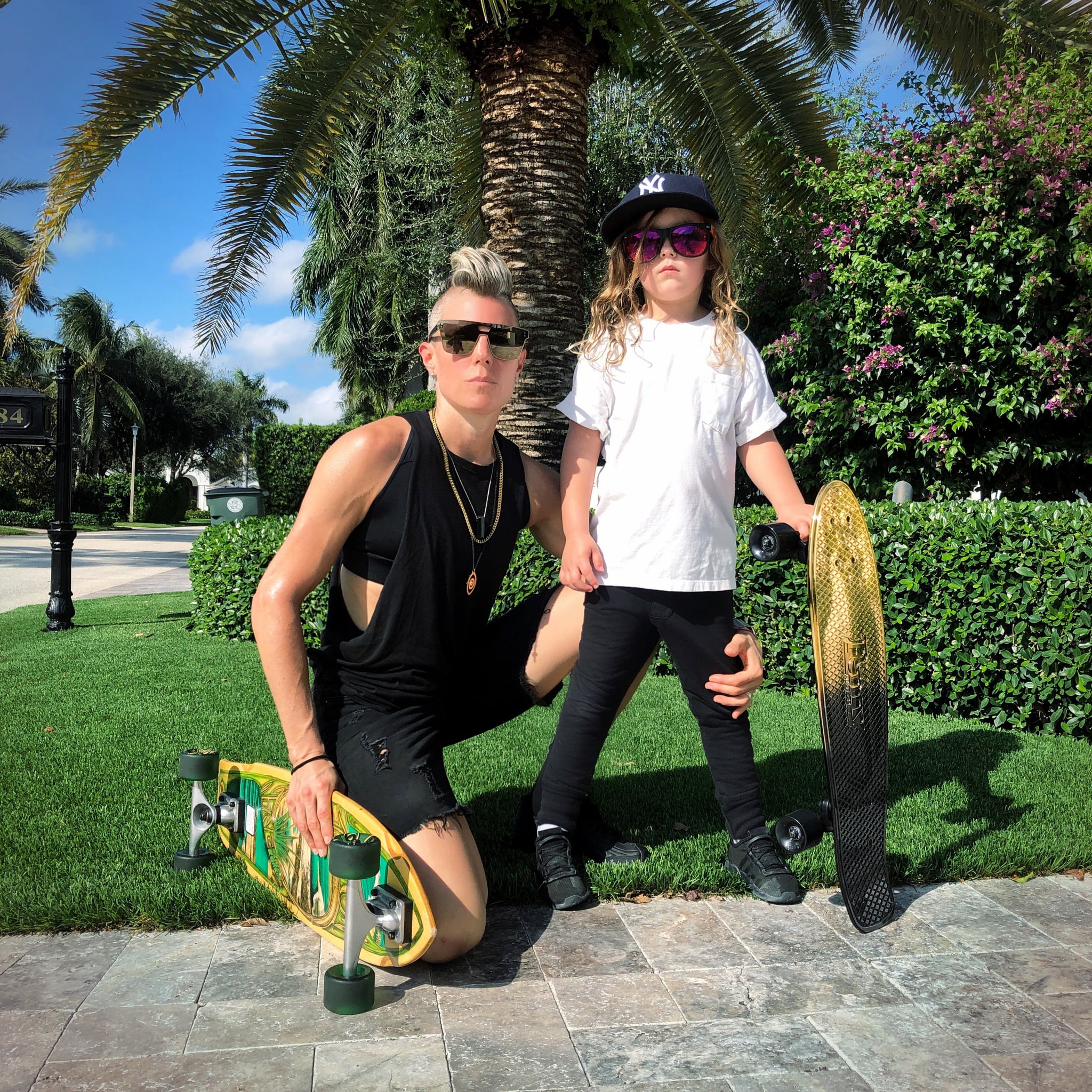 As a mom, Desjardins said to remember, "It's not about you! We often protect our children because of our own traumas and also limit their self-expression to avoid uncomfortable moments in social environments." But she said our role is to offer support and love and let them navigate their own desires and essence.

"Make sure your kids feel free to explore things they're curious about, and don't limit their interests based on gender."

Her daughter, Brooklyn, grew up in fitness spaces, and is used to seeing Desjardins work with clients of all genders, seeing women in leadership positions, exhibiting physical strength, yelling, and seeing all genders using movement practices to have fun and strengthen their being. And that is the basis of her advice to parents: "Make sure your kids feel free to explore things they're curious about, and don't limit their interests based on gender. Those limitations are unfair and are based on fear that you might be projecting on them."

Above all, Desjardins said your job as a parent is to support their decisions and to give them the space they need to determine who they want to be, regardless of gender. Whether that's through movement practices, clothing, activity choices, or haircuts. "Expose them to diversity and then let them explore," she said.

Her daughter plays sports like soccer and also skateboards, and Desjardins thinks that with kids sports leagues today, there's an awareness of not wanting to be restrictive and limit children that didn't exist when she was younger. Desjardins said, "I don't think it's perfect in any way, but I think that steps are being taken in the right direction." Hopefully in sharing Desjardins's experiences, it can help bring the awareness needed to keep seeing positive change.