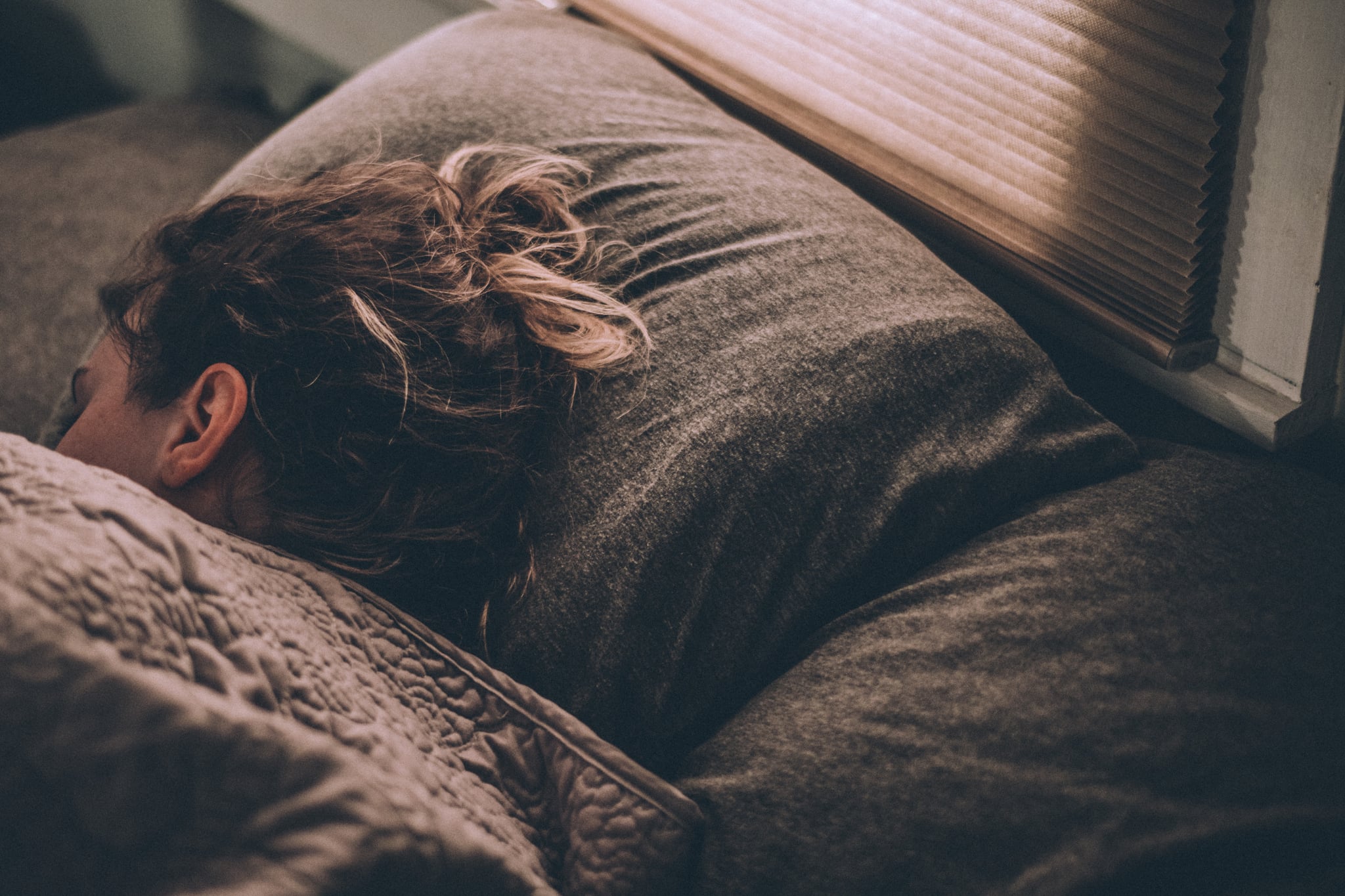 I love to sleep. In some ways, it's my favorite part of the day. However, I have PTSD, and that creates major sleep issues for me almost every day of the week. Primarily, it gives me nightly anxiety and weekly nighttime panic attacks — ones that wake me up in the middle of the night gasping for air. You know that feeling you get in a dream when it feels like you're falling? This is what these attacks are like, only I feel like I'm slowly suffocating.

For years, I'd heard about weighted blankets and how they may help with anxiety, but I was skeptical. I tend to think that if it sounds too good to be true, it probably is. But my husband had different ideas about these heavy, expensive blankets — he thought they might just help. That's why, on Christmas two years ago, I opened a box that contained one of my own.

For the better part of January and February, my weighted blanket rested on the sofa ottoman. If my husband and I were watching a movie, I might slide it onto my legs for a bit. I didn't want him to feel like he'd wasted his money. But then, one day in March, my son popped a balloon, causing me to throw myself onto the floor. After my first husband was shot and killed in 2014, I developed PTSD. The loud pop is eerily familiar to a gunshot and will always trigger an attack. For 15 minutes, I paced around my living room while holding my heart. I called my husband and told him I might need to go to the ER. Then, I saw it: my blanket.

Now, I'm not saying it was a cure-all or that my anxiety dissipated into thin air. But as I lay there, curled into a ball, watching something mindless on TV under that weighted blanket, I could feel the pressure inside my body slowly melting away. From that moment on, my blanket became an essential part of my life. If I ever started feeling anxious, I reached for it. If I ever felt like I couldn't breathe, I reached for it.

Related:
I Spent $200 on a Weighted Blanket, and It's Changed My Entire F*cking Life

That summer, I started experiencing something new — nighttime panic attacks. A good friend of mine who's been dealing with panic attacks his whole life told me about these, but I never understood them until I experienced one for myself. There's a common misunderstanding about anxiety and panic attacks among those who don't suffer from them. I've been asked, "What are you anxious about?" Nothing! What a lot of people don't understand is that sometimes the panic attack is triggered by nothing. Sometimes, it hits you when things are good, and you have no control over it.

My blanket rescued me from a cruel, sleepless fate. It gave me back my sanity.

A few months before my nighttime panic attacks started, we moved into a new house. During the move, my blanket got shoved into a box and I forgot about it. For months, I woke up drenched in sweat while gasping for air. I got very little sleep and felt disconnected from my life. My head felt like it might explode, my hands were always shaky, and I was usually in a pretty pissy mood. This vicious cycle of getting no sleep, night after night, was having a negative impact on my relationships.

Then, one evening before bed, my husband (bless his heart) tossed my 10-pound gray blanket on top of me. "My hero," I shouted out. That evening, instead of getting up 20 times, I only got up 10. The next night, I woke up less, and the next, even less. My blanket rescued me from a cruel, sleepless fate. It gave me back my sanity.

Everyone is different, and I don't think these blankets have magical powers, but mine helped me overcome these nasty attacks. It hugs me and lets me know — you're gonna be OK. It softens the electricity that runs through my veins and gives me peace of mind. In my darkest moments, I know it will not abandon me.