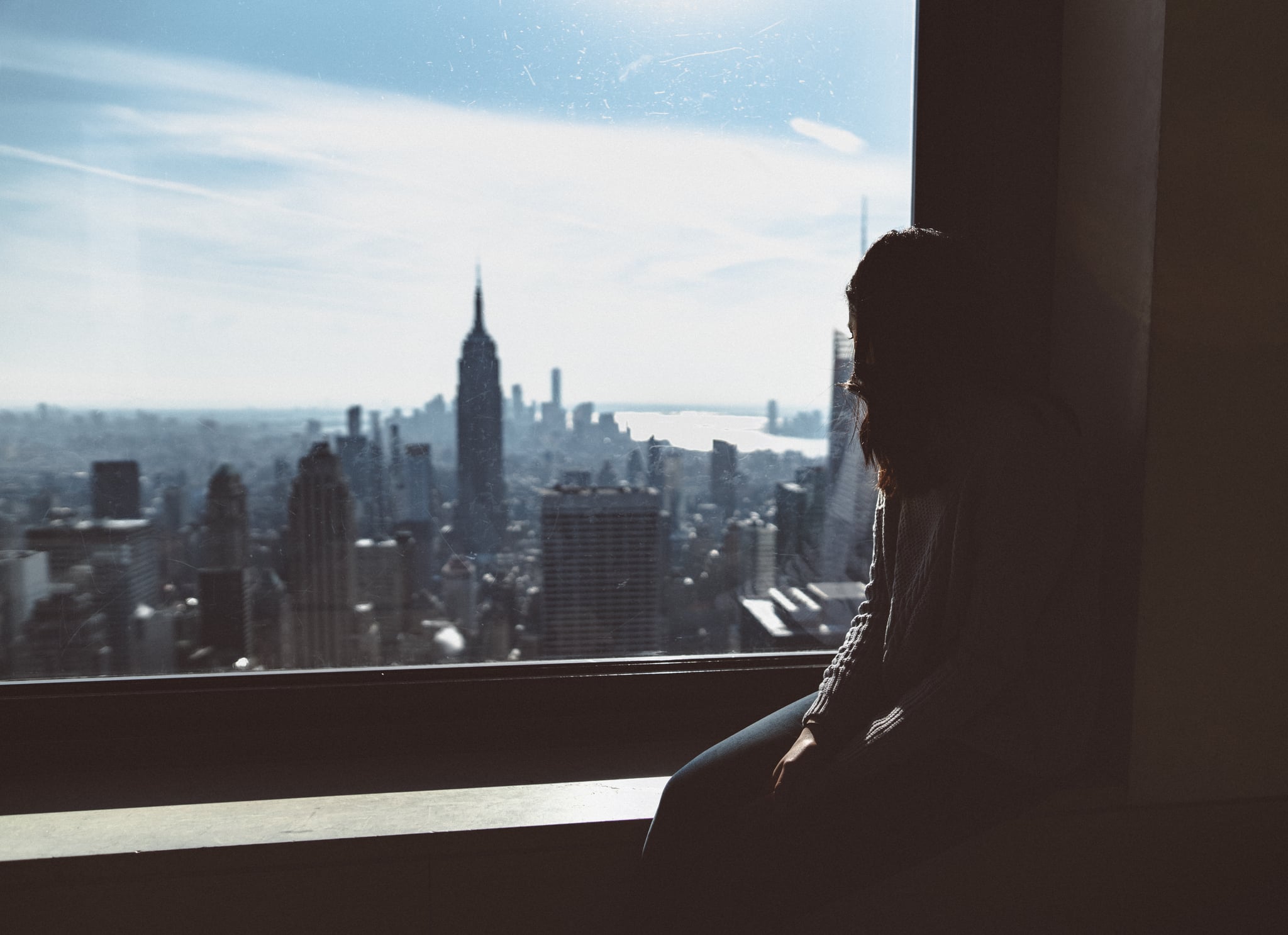 After my first panic attack, I felt robotic. I remember looking down at my hands and feeling like they were no longer my own. I placed my hand on a mirror and felt physically and mentally disconnected from my body, as the objects around me turned two-dimensional. I didn't know it at the time, but the next two years would be filled with moments like this, when I'd feel like I was living in a dream. I became trapped in a cycle of existential thoughts and detachment from friends and family.

I started having panic attacks multiple times a day during my sophomore year of college. Sitting in my dorm room, I'd suddenly and randomly be consumed with fear that something terrible would happen to me. My chest would begin to tighten, chills would run down my body, and my heart would pound so hard I could feel it. Then came the feelings of detachment from everything around me. It was as if I was numb.

When I went to the hospital, I always described the same symptoms: being in a dreamlike state, feeling outside of my body and completely disconnected from reality.

When I went to the hospital, I always described the same symptoms: being in a dreamlike state, feeling outside of my body and completely disconnected from reality. Neurologists, psychologists, and psychiatrists all scrambled to give me a diagnosis that would explain the episodes I experienced. Depression? Psychosis? Schizophrenia? The lack of clear answers and fear of the unknown only fueled my anxiety, causing the panic attacks to persist. It got to the point that I wondered whether I had a traumatic brain injury.

It wasn't until I looked up my own symptoms that I came across forums of individuals describing similar experiences with dissociative disorders — specifically, depersonalization/derealization. Depersonalization can cause you to feel detached from reality, like you're viewing yourself from a third-person perspective. This can be accompanied by derealization, which causes the things and people around you to seem fake, like you're stuck in a dream. It's important to understand that this is different from psychosis or schizophrenia, as individuals with depersonalization/derealization know that these symptoms derive from their distorted perception.

Related:
I Have a Panic Disorder. Here's How I'm Coping With the Coronavirus Pandemic

Within these forums was a link to the only therapy group on the East Coast for people diagnosed with these disorders. I decided to attend a session. During my first meeting, I was instantly drawn to the people around me as they shared similar experiences of misdiagnosis and episodes of panic attacks. I had kept my involvement in these groups private due to fear that I'd be judged by my close friends and family, but in that moment any concerns about being reduced to a stigma were erased. I felt understood and accepted for the first time in months.

In my case, the depersonalization/derealization symptoms stemmed largely from stress. Juggling three jobs and being a full-time student had put a strain on my mental health. A therapist eventually diagnosed me with generalized anxiety disorder with symptoms of depersonalization and derealization. While I was relieved to have a diagnosis, I was still worried about being judged by my friends and family. I took secret trips to my school's mental health services, avoided talking about personal issues, and, overall, grew very conscious of what others thought of me. Despite all I was going through, I was afraid of being labeled as "weak" or showing vulnerability.

In my junior year of college, I reentered talk therapy to discuss opening up about my struggles with depersonalization/derealization. That was the same year I talked to my mom about what I had been going through, and to my surprise, she explained that she had also experienced a similar reaction from stress. The National Alliance on Mental Illness estimates that up to 75 percent of people experience a depersonalization/derealization episode at least once in their life.

After learning as much as I could about the disorder, and going to talk therapy and group meetings, I'm happy and healthy and able to manage my symptoms. No, I have not "recovered." Throughout this process, I've learned that there will always be days that are harder than others. But now I also understand the importance of asking for help and support when I need it. The stigma that so often surrounds mental illness can only be eradicated when people feel loved and accepted.

If you or someone you love are experiencing signs or symptoms of depersonalization/derealization and need help, the National Alliance on Mental Illness has resources and a helpline (1-800-950-6264).