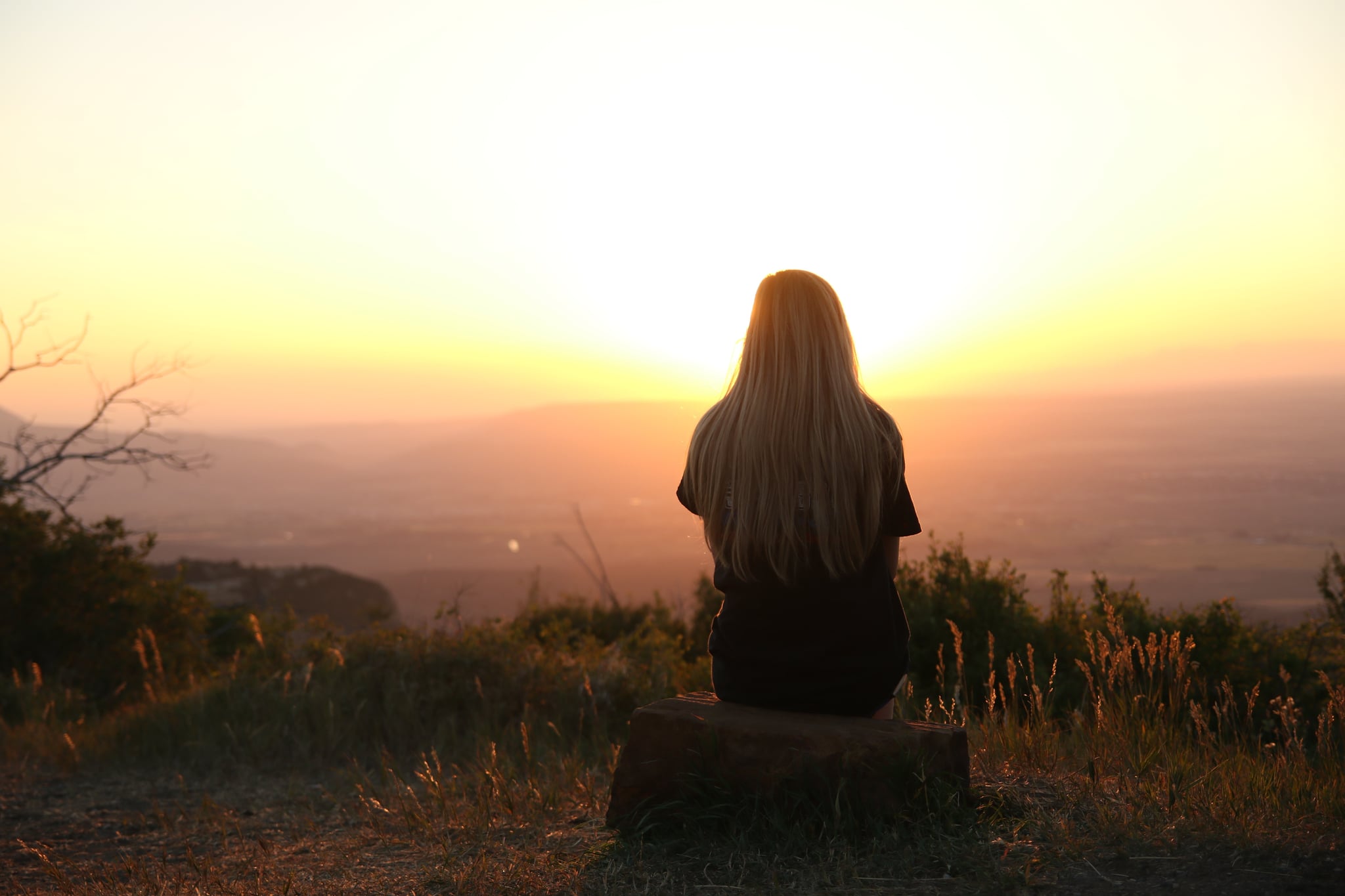 For the majority of my young adult life, I've struggled with major depressive disorder. Loss of interest, not wanting to get out of bed, disturbances in my sleep patterns — I exhausted the list of symptoms. When I got to college, these symptoms were exacerbated. The perfectionist kid who earned straight As and seemingly never let her parents down was gone. Suddenly, I was feeling burned out all the time. I was failing classes because I couldn't get out of bed to go to them, and I had no interest in studying or completing my projects to the standard of work that I once had.

During my sophomore year, I began having regular anxiety attacks from the stress of trying to make up school work when I finally did have the energy to complete it. It was a vicious, never-ending cycle. It didn't matter what I tried; nothing seemed to help me. So by the end of my sophomore year, I decided to give therapy a try.

I remember one day, very early on in my therapy journey, I was venting to my counselor about the expectations I placed on myself when it came to school and work. I told her how difficult it was for me to overcome my symptoms of depression and produce the standard quality of work that I usually held myself to. I explained that, even when I was able to pull myself up out of my rut, I still wasn't able to be productive because I was too preoccupied with beating myself up. In the very next breath, I started beating myself up all over again. I complained about how I wished I "was more motivated" or I "had the willpower to overcome my laziness."

Related:
When I'm Feeling Overwhelmed With Anxiety, I Remember These 3 Words From My Therapist

My therapist stopped me right there and told me something I will never forget. She said, "You need to practice forgiveness with yourself." A concept that seems so simple but is so difficult to apply to your life. She went on to explain that you can still hold yourself accountable when you're being compassionate with yourself, that it's important to tell yourself that you'd like to do better while also choosing to love and care for yourself. Human beings are complicated, and we don't always act, or react, in ways we believe we should. We are imperfect, and we are misleading ourselves if we think otherwise. "If your best friend made a mistake or acted in a way that disappointed you, you wouldn't beat them up with your words," she said. "You would tell them that it was OK and that you loved them, wouldn't you? So why won't you do the same for yourself?"

"If your best friend made a mistake or acted in a way that disappointed you, you wouldn't beat them up with your words," she said.

I've held onto this idea ever since. Sometimes it's difficult to put into action, but it's comforting just to be putting in the work to love myself more. I try to forgive myself as much as I possibly can. I did it today. At first, I thought that being forgiving with myself was taking the easy way out. I thought that somehow, I was avoiding responsibility. But in reality, that's not true at all. By repeating to myself, "You make mistakes, but I love you anyway," I'm fostering more personal growth within myself than I ever did before. I learned that in beating myself up for not dealing with a mental illness in a way I perceived as "productive," I was cultivating even harsher living conditions in my mind. But you can't expect to thrive in conditions like that.

My life was completely transformed when I began practicing self-forgiveness. My bouts of depression are even less severe now because they're not paired with the self-loathing and disappointment I used to harbor within my mind. I'm an imperfect human being. Sometimes I'm not going to do the best job I think I'm capable of. After a difficult mental health day, I might choose to get in bed and hide for a while. But that's OK. I forgive myself, and I move on.