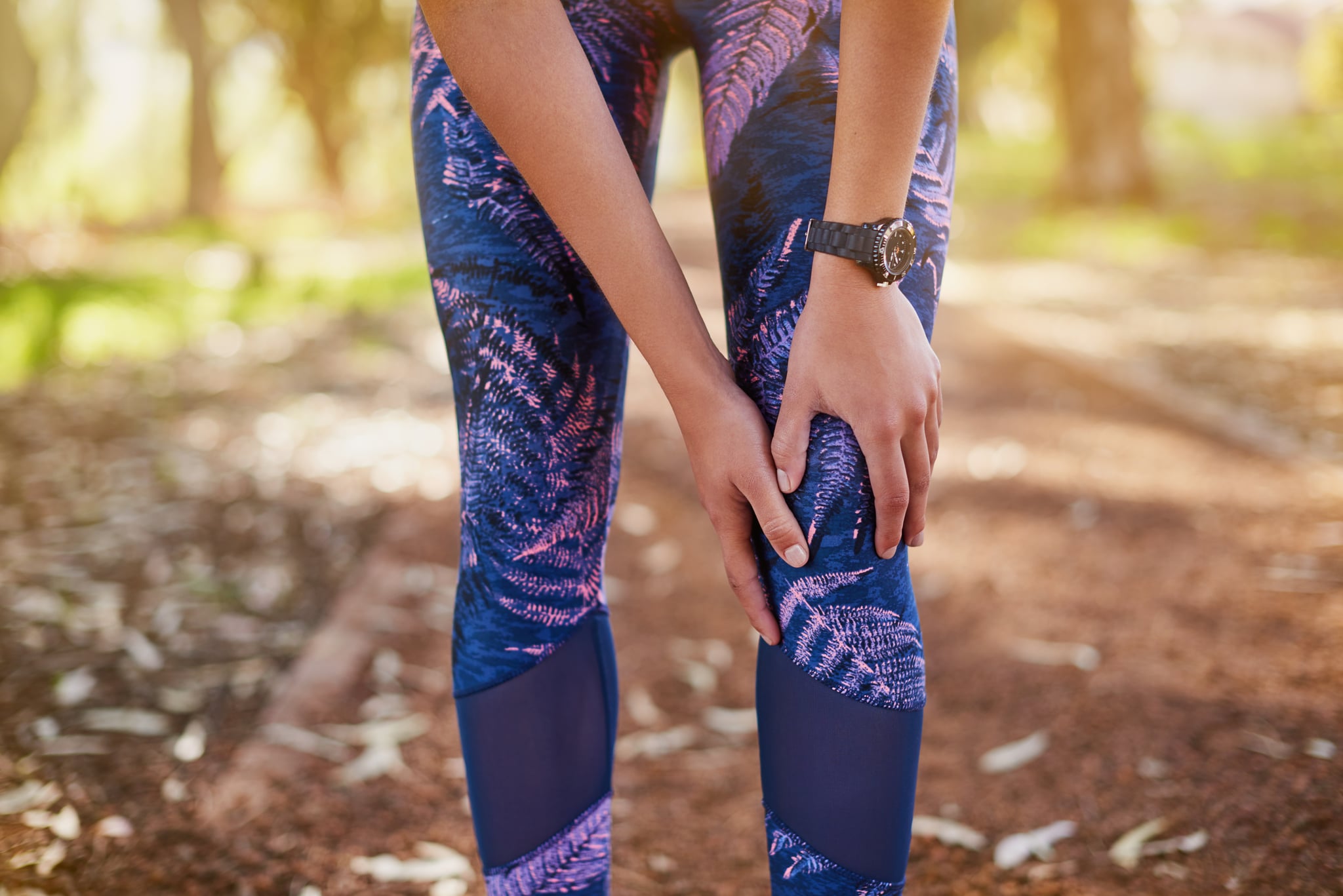 If you often feel achy during your period — and not just because of those pesky cramps — you're not alone. Joint paint is actually a natural response to hormonal changes that occur at that point in your cycle. Specifically, you can blame a decrease in estrogen levels — which are at their lowest during your period — and an increase in prostaglandins, Hyacinth Norris, MD, an ob-gyn in the DC metro area, told POPSUGAR.

Prostaglandins allow the uterus to contract, constrict blood vessels, and ultimately decrease the amount of blood lost during your period. However, they can also increase sensitivity and worsen joint pain, by triggering inflammation. "As the lining of the uterus is shed, prostaglandins are released. They diffuse into the local bloodstream and into neighboring tissue, playing a key role in the inflammatory response," Dr. Norris explained.

Fortunately, there are some steps you can take to try to soothe those aches. As a preventative measure, Peace Nwegbo-Banks, MD, a board-certified ob-gyn and co-owner of Serenity Women's Health and MedSpa in Texas, recommends taking a nonsteroidal anti-inflammatory drug (NSAID), such as ibuprofen, two to three days before the start of your period.

Oral contraceptives are another alternative. Dr. Nwegbo-Banks explained that a continuous method of birth control can help minimize the fluctuations in hormones that contribute to joint pain. In addition, Dr. Norris said that, by keeping the endometrial lining thin, contraceptives help prevent it from breaking down and producing an influx of prostaglandins, which means less inflammation.

To ease joint pain during your period, ob-gyn Tamika K. Cross, MD, who co-owns Serenity Women's Health and MedSpa with Dr. Nwegbo-Banks, suggests low-impact workouts like yoga or Pilates, as well as an over-the-counter pain reliever.

Though minor aches during your period aren't likely cause for concern, the doctors cautioned that joint pain can be associated with conditions like lupus, osteoarthritis, and fibromyalgia. If the pain continues or worsens, make an appointment with your doctor.