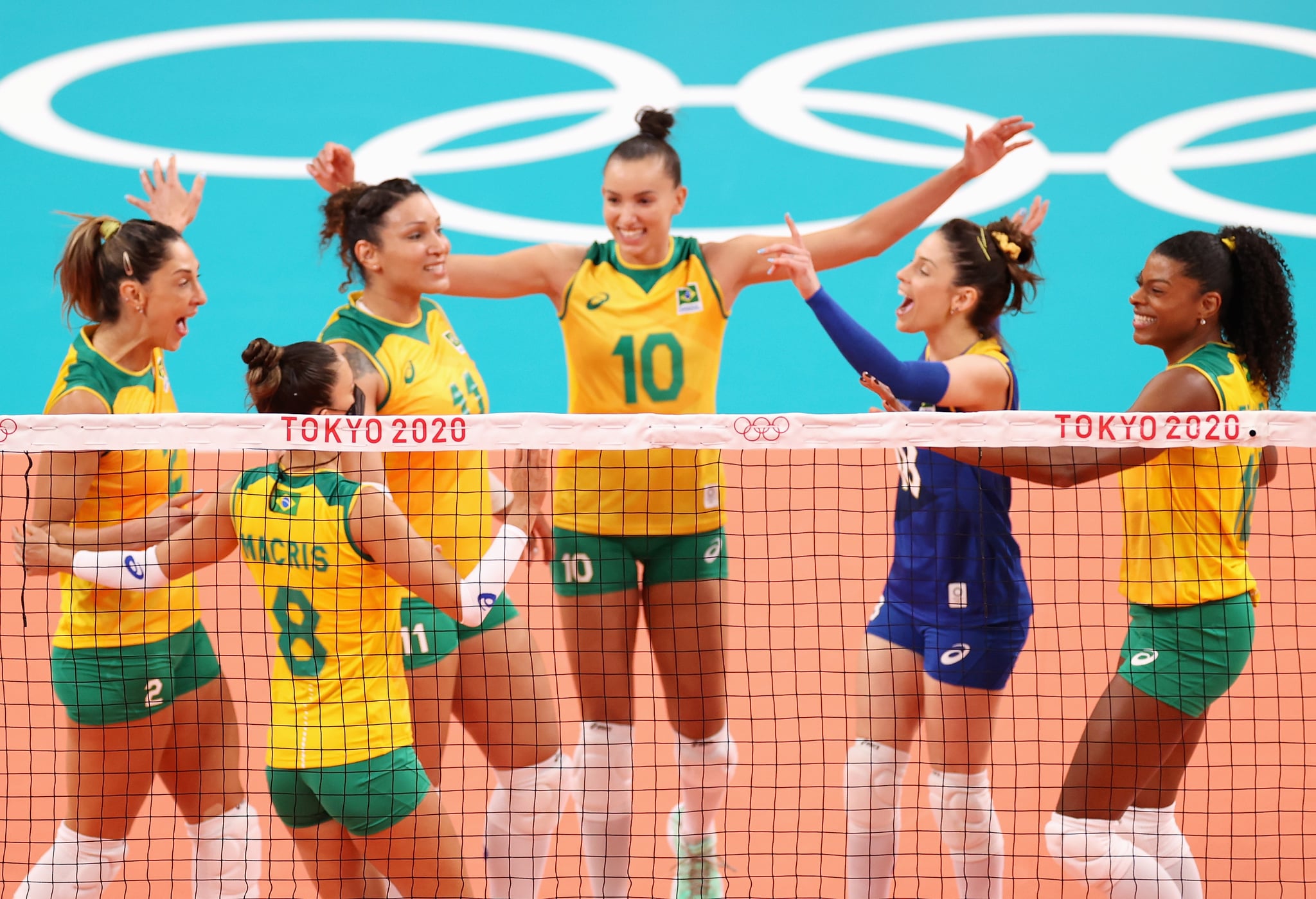 When you're watching volleyball at the Tokyo Olympics, you might notice a player wearing a different colored jersey than the rest of their team. There's a good reason for their standout appearance: you've just spotted the libero, a specialized player whose unique role requires them to be easily visible at all times.

According to USA Volleyball, the libero is a defensive specialist who can replace any player in the back row without counting toward a team's substitutions, which in international play are limited to six per set. Introduced in 1998, there are some specific limitations on what a libero can and cannot do while they are on the court. In international play, liberos cannot serve, spike, or rotate into the front row positions. Essentially, they're a defensive specialist who's there to help receive serves and make crucial saves during longer rallies.

However, the greatest benefit of having a libero comes in the rules for player substitutions. This unique quality of the role makes it a highly strategic position, especially because the other players on the court rotate throughout the match, and teams may swap in hitters for defensive players, who will eventually end up on the front row.

Although liberos don't count toward the overall substitution limits, there are some rules about how they can be swapped in. According to the rules of the Fédération Internationale de Volleyball, the official international governing body of the sport, "there must be at least one point played between a libero substituting off for a player and going back on the court for another player." In other words, the libero cannot be on the court for the entirety of the game. Now that you know exactly what a libero does, see if you can pick out the strategies for using this unique player as you continue watching the Games.

Gifts For Men
19 Pickleball Gifts to Help Your Favorite Player Eat, Dink, and Be Merry
by Lauren Mazzo 3 days ago