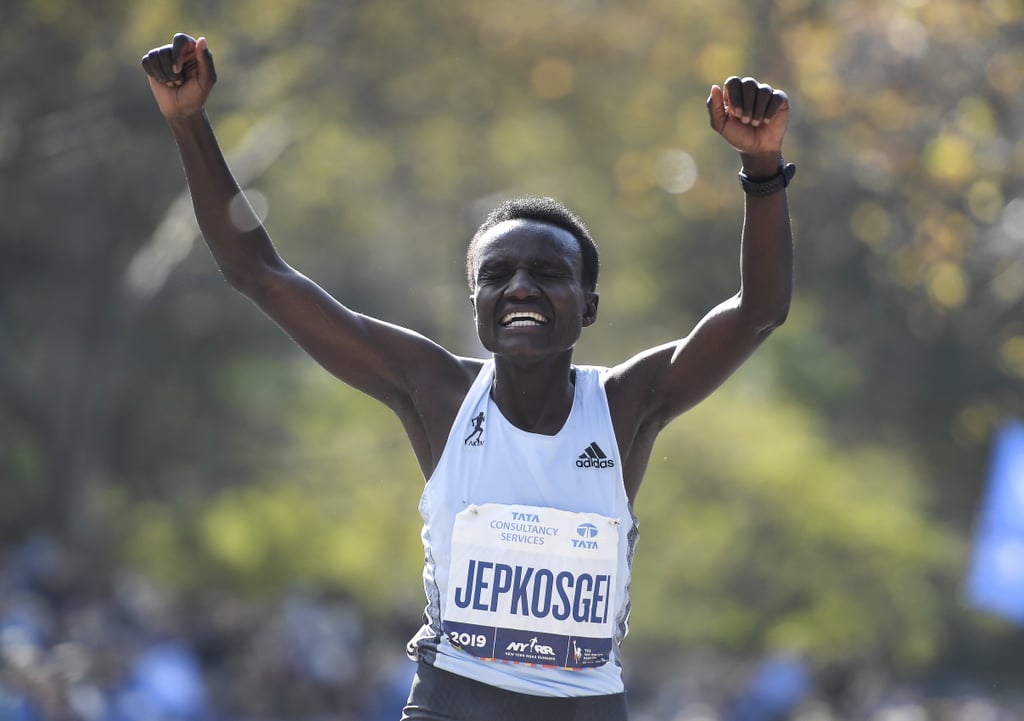 In Her Debut Marathon, Joyciline Jepkosgei Runs Away With the 2019 NYC Marathon Title

Sunday, Nov. 3, was a big day for Joyciline Jepkosgei. She traversed the 2019 New York City Marathon route, spanning all five boroughs and 26.2 miles, and crossed the finish line in 2:22:38, which is seven seconds off the women's course record. For Joyciline, a 25-year-old 2019 New York City Half Marathon champion and half marathon world record holder from Kenya, this was her debut marathon. This is the first time in 25 years that a woman won in her first-ever marathon appearance, and Joyciline is the youngest women's marathon champion since 2001. Her time is also the fastest by a woman in her NYC Marathon debut.

For the elite men, Kenyan 26-year-old Geoffrey Kamworor, the third place finisher last year and the 2017 champion, came out on top with a time of 2:08:13 (2:05:06 is the men's course record). Kenya's Albert Korir came in second and Girma Bekele Gebre from Ethiopia came in third. Ethiopia's Lelisa Desisa, who won the 2018 NYC Marathon and recently took gold in the marathon at the 2019 IAAF World Athletics Championships, dropped out of the race after mile seven.

As for the wheelchair division, American 21-year-old Daniel Romanchuk defended his NYC Marathon title from last year (he also won the 2019 Chicago Marathon in October). On the women's side, Switzerland's Manuela Schär, 34, won her third consecutive NYC Marathon and her ninth straight World Marathon Major. Ahead, check out photos from the race and the moments these amazing athletes strode to victory.