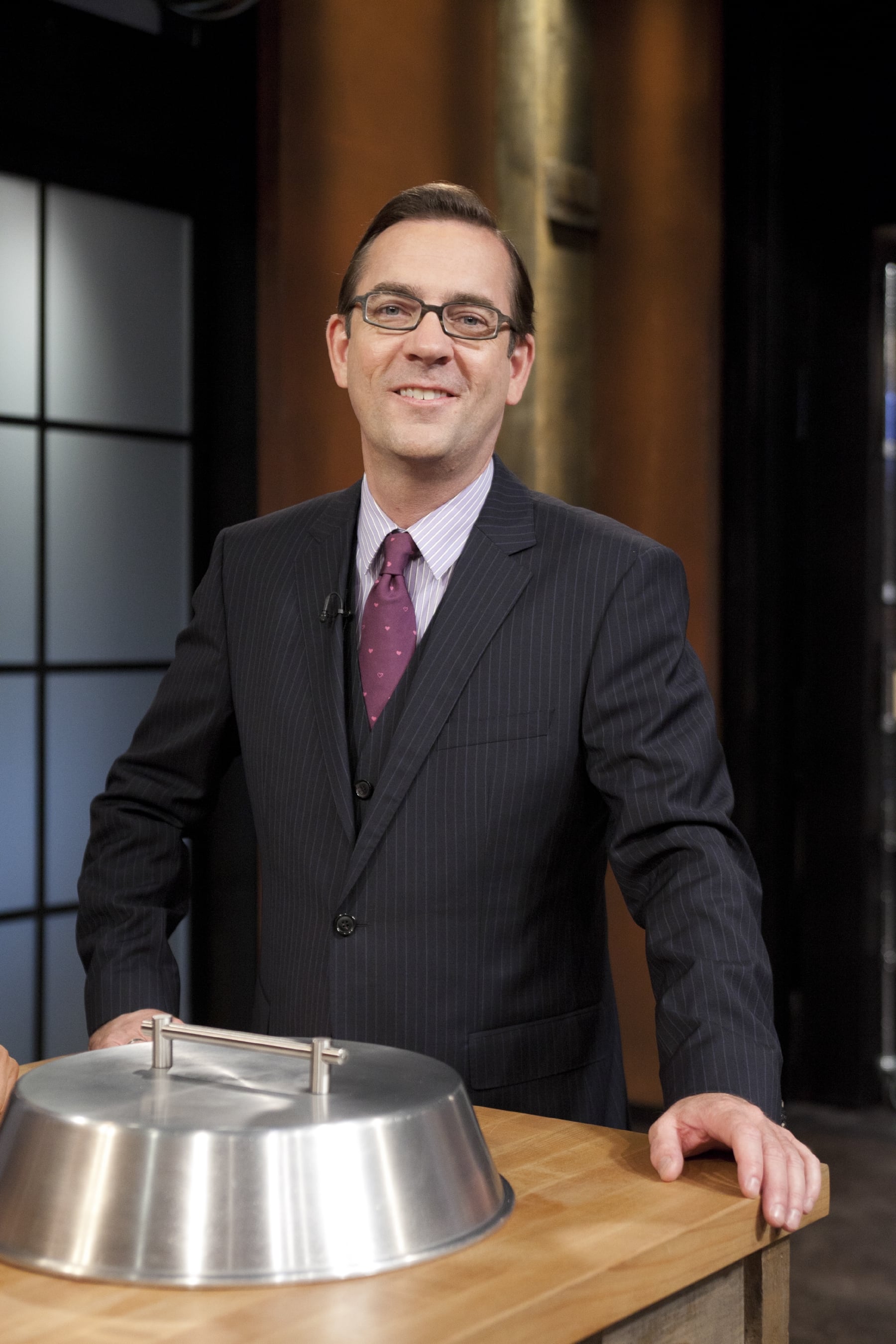 Chopped is undoubtedly one of the best things to ever happen to food television. If you're just as obsessed as I am, you probably feel like you know the show really well, have practically memorized Ted Allen's introduction, and have seen some very questionable mystery basket ingredients. But there are plenty of things you don't know about the Food Network favorite that go into making the show a success — 28 seasons since 2009 and counting. Behold, 10 fascinating behind-the-scenes secrets, revealed.

1. The judges aren't really as stern as they seem.

Chopped judge Amanda Freitag told POPSUGAR in an interview that her behind-the-scenes humor doesn't show up in the show, explaining, "I have to be a judge; I have to be intimidating and serious."

2. The mystery baskets are planned for the entire season.

A lot of thought is put into the complex mystery baskets, and they're meticulously curated by a team in Food Network's culinary department. Chopped host Ted Allen told Food Republic, "They plan the baskets for a whole season, so that's three baskets a day, times four ingredients, times 39 episodes; and all the baskets have a riddle inside them. It's hard work. And finding things we haven't already used is harder and harder."

3. And every ingredient has a purpose.

The show's culinary producer, Sara Nahas-Hormi, leads the charge when it comes to choosing basket ingredients. "She creates each basket so there is an inherent problem to solve — a protein that might not cook in time, a strong ingredient that could overpower the others, or maybe one that is unfamiliar," according to Food Network.

While the show only runs for one hour, it takes a full workday to film one episode. Ted Allen, the contestants, and the judges are there from morning until evening, and yes, Ted stands all day! He even had a gel floor pad installed to ease back pain.

5. The contestants get a tour of the pantry so they're already familiar with it when the clock starts.

Sara makes sure the Chopped kitchen's pantry is stocked before each round and gives contestants a brief tour before filming begins.

6. Each station is set up with a pot of boiling water and a preheated oven.

If you've ever wondered how a contestant starts magically boiling potatoes as soon as the clock starts, that's because the pot of water on each station's stove is already boiling at the beginning of each round. The ovens are also preheated to 500°F so they can start cooking immediately.

7. The audition process is long.

Everyone who competes on the show has to really want it and be willing to endure a serious audition process. According to a former contestant who talked about what it's really like to be on Chopped, "It actually took me about two years from when I first applied to when I got on. Basically I filled out an application with some background information to get the producers interested. If they are [interested], they set up a formal video interview at their offices. . . . I met the producers and they talked to me about some more personal things, because they're trying to tell a story with each contestant and they want something that will appeal to the audience."

8. The judges fill out actual scorecards.

We don't ever see the judges writing, but it's happening. As soon as the contestants leave the room, the deliberation begins and the judges fill out scorecards.

Viewers only see about a minute of the judges' deliberation, but in reality, it takes much longer. Scott Conant discussed Chopped with E! and said it takes "about 20 minutes, unless Alex [Guarnaschelli] is there, then it'll take about an hour and a half." No surprise there — Alex is one tough cookie and will fight for the dishes she believes in.

10. Contestants have to make an extra plate of food.

You've noticed that contestants are required to plate their dishes on four plates although there are only three judges, right? That's because "one is for them to photograph, or to have revealed when someone gets chopped."

TV
WandaVision: Wanda and Vision's Twins Could Be the Future of the Marvel Cinematic Universe
by Mekishana Pierre 4 hours ago

Cardi B
Cardi B Made a Wig For an 11-Year-Old Fan, and Her Reaction Has Me Emotional
by Yerin Kim 17 hours ago

TLC
Hot Take: Why 90 Day Fiancé Is the Perfect Show to Binge With Your Partner
by Annalise Mantz 17 hours ago