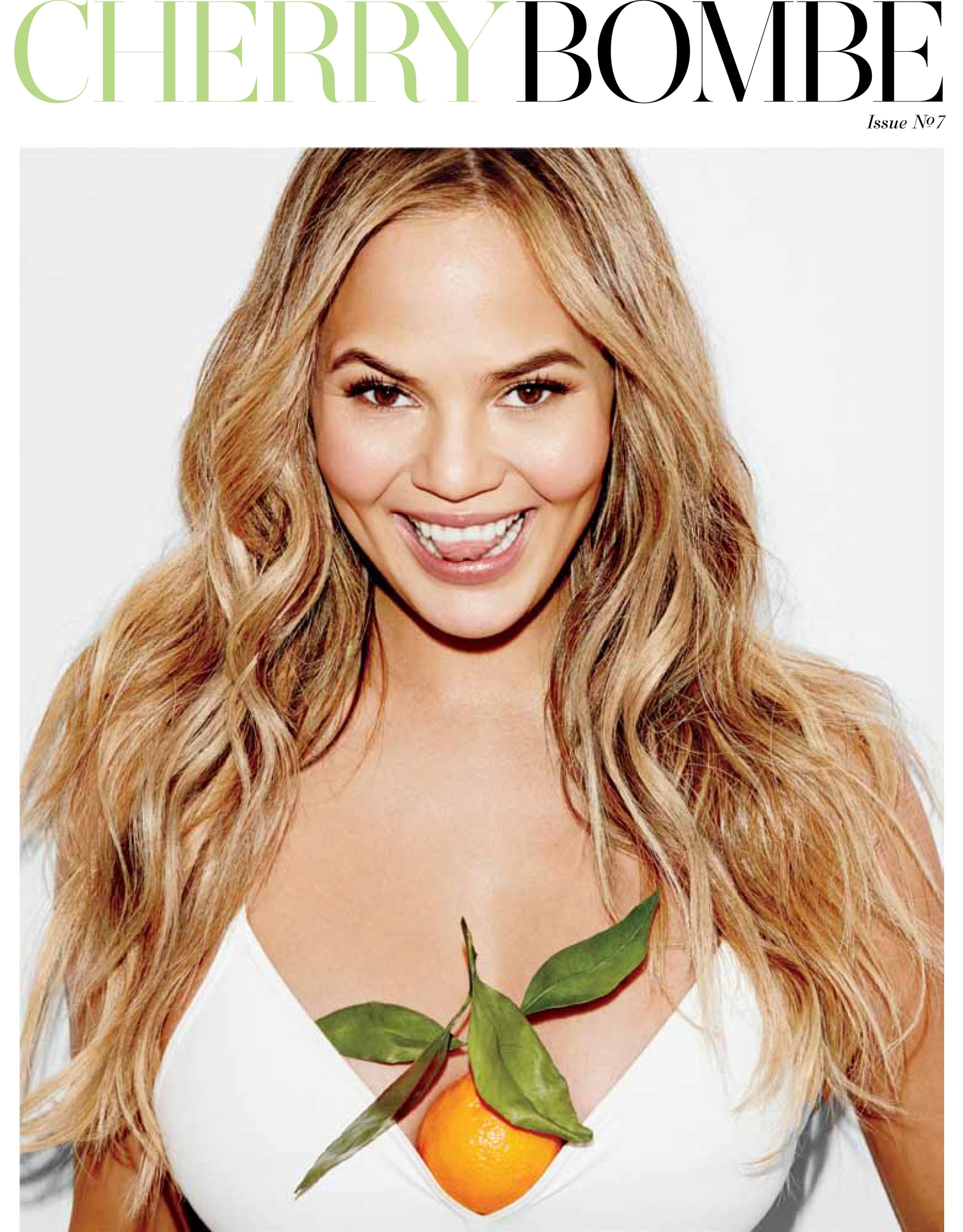 Chrissy Teigen graces the cover of Cherry Bombe's latest Issue Number 7, and it's a must have for May. Beyond sharing a few recipes from the cookbook (including her mom Pepper's Pork-Stuffed Cucumber Soup recipe) and the simultaneously luscious yet hilarious photos of Chrissy (In-N-Out and Avocado Toast t-shirts are involved), Chrissy reveals a side we don't get to see too often. The interview took place before the release of her cookbook, so she's a ball of nerves and is quick to downplay her expertise in food and recipe developing. You can't help but snicker as the cookbook became an overnight bestseller on Amazon and in The New York Times. You'll have to pick up the issue to read whether or not a dessert cookbook is next in the works for Chrissy. In the meantime, we pulled these juicy quotes from the article:

Why she'll never consider herself a chef "I can't develop recipes. That's why I'll never say I'm anything more than a fun at-home lover of cooking. I can't even say cook really because there are certain things that I'll see at the grocery store that still scare me. Like almond flour!"

On her recipe pet peeve: "It's terrifying. YOU Don't want to fail people. That's why I am really crazy about measuring and being a little more neurotic in the kitchen than just throwing things in a dish and having fun. I love getting people to cook who are nervous about it. I know how scary it is to read 'Add to your spice level' or 'salt to taste.' Some people don't know what that is, so I like to tell people exactly what things mean."

Food News
Ramen Nachos and Cheesecake? This TikToker Is Cooking His Way Through All the Pastabilities
by Chanel Vargas 16 hours ago