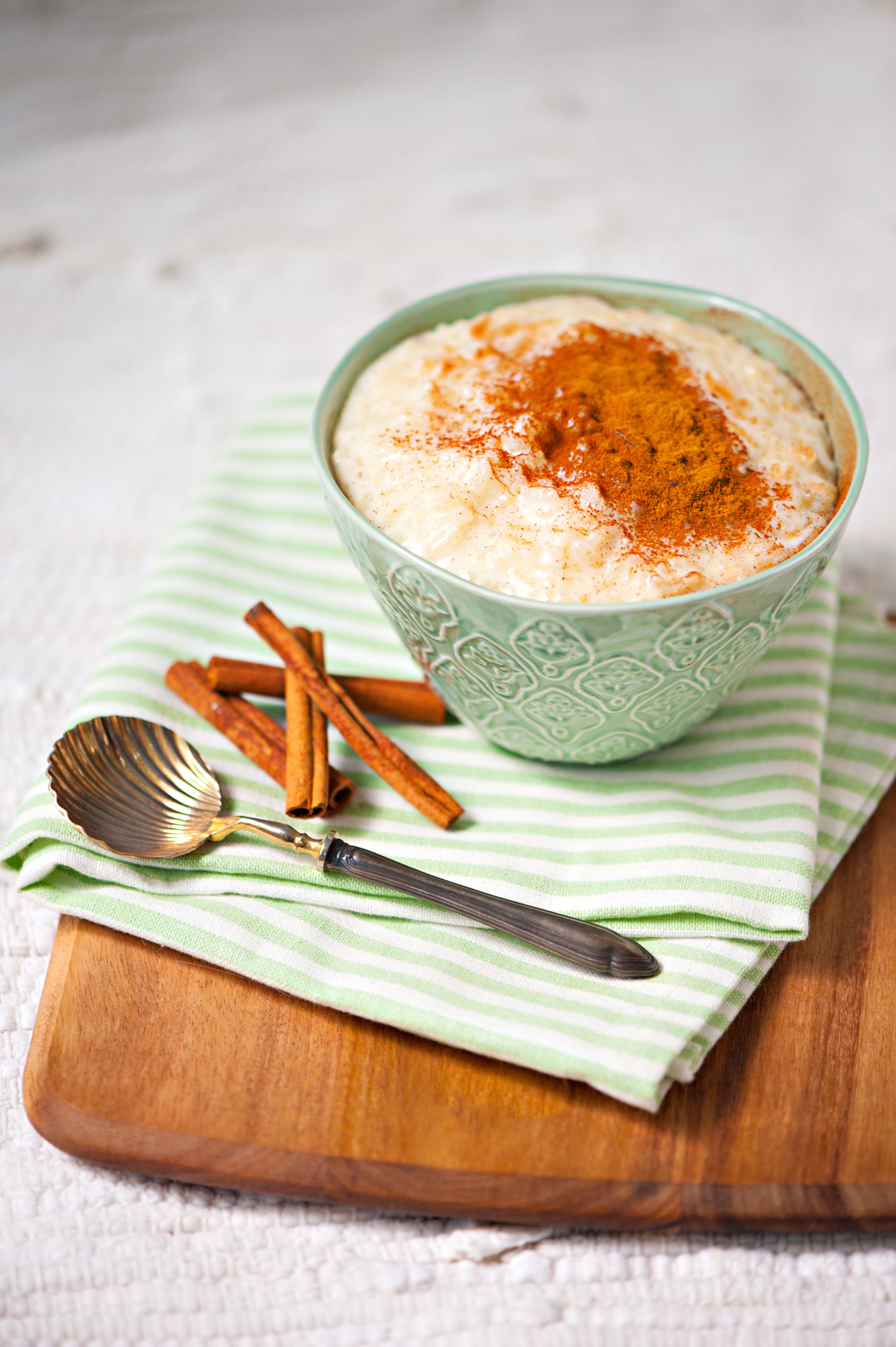 Growing up in my grandma's house when I was younger always meant being able to savor her rich Mexican dishes, many of which were covered in spicy homemade salsas that I couldn't stand at first but eventually learned to tolerate and later grew to love.

While my Grandma Rosa has never been much of a baker, her sweet arroz con leche, aka rice pudding, is a dish that has stuck with me my entire life and continues to remind me of her every time I eat it, even when we're thousands of miles apart. Like coming across an old photograph or hearing a familiar song on the radio, there's a certain nostalgia and comfort in eating the foods from your childhood that makes it feel a little like being home again.

Food memories can be vivid and powerful, sometimes even more than visual memory cues, bringing back images in your mind of people and places you haven't thought of in months or years. For instance, I've seen my grandma make her arroz con leche many times, boiling the rice and milk with fresh sticks of cinnamon that always looked like little pieces of driftwood floating in my breakfast, but it's the taste of the dish that truly brings me back.

With only four basic ingredients (rice, milk, sugar, and cinnamon), the dessert is not a difficult dish to make. There's a special kind of happiness, though, that comes over me when I make it. The smell of sugar and cinnamon fills my kitchen, and I finally get to taste that sticky, warm rice on my tongue again. If you've seen the movie Ratatouille, then you know exactly what I mean when I say that eating this dish takes me right back to being eight years old at my grandma's kitchen table on an early Sunday morning, the warm smell of cinnamon slowly waking me.

So why exactly is it that what we eat is connected with what we remember years into the future? Some scientists seem to think that it has to do with a developed human survival tactic known as conditioned taste aversion. According to a 2018 study conducted on rats by psychology professor Kathleen C. Chambers, "Conditioned taste aversion is a learned association between the taste of a particular food and illness such that the food is considered to be the cause of the illness."

The context around where we were and what we were doing when we ate a certain food plays a huge role in developing the nostalgia connected with eating it.

Essentially, our minds have adapted over time to associate the food we eat with potential negative outcomes afterward, like food poisoning, and we become conditioned by our own minds to avoid those foods in the future, even if we can't be sure that's what caused our illness. While that doesn't necessarily explain why we have such vivid positive memories associated with food, it does support the idea that our memories are tied strongly to the food we eat. In fact, I often think back to Summer camp as a kid and the first thing I'll remember are the cookies we ate when we got back from our three-day hike. Other times, I'll think back to Spring breaks when I was younger and remember the flavor of the Popsicles my sister and I would eat after running around in the sprinkler on extra hot days.

A 2014 study conducted on mice entitled the Differential Contribution of Hippocampal Subfields to Components of Associative Taste Learning also found that taste is associated with memories of being in a location where something positive or negative happened. This means that eating certain foods can set off certain triggers in the brain that instill a sense of calm or fear in us, depending on what we associate that food with. In this way, the context around where we were and what we were doing when we ate a certain food plays a huge role in developing the nostalgia connected with eating it. This sense of nostalgia also reinforces in our minds the idea that food doesn't just taste good, but it feels good, too.

Seeing a photograph or hearing a song might remind you of having been somewhere or done something with the people you love, but the fact that our brains are powerful enough to use the taste or smell of our favorite foods to recall not only what happened but also how we perceived life back then is what I find truly incredible.

For you, it might be something as simple as a Starburst or as specific as your aunt's cookies with that secret ingredient that you still can't quite guess. Whatever food it is that brings a wave of memories back to you, it's special to you and only you. And, for me, there's a warm sort of comfort in knowing that if I ever want to take a trip back to my childhood home and picture my grandma cooking up a storm in the kitchen, all I have to do is boil a pot of her arroz con leche, and it'll all come flooding right back.