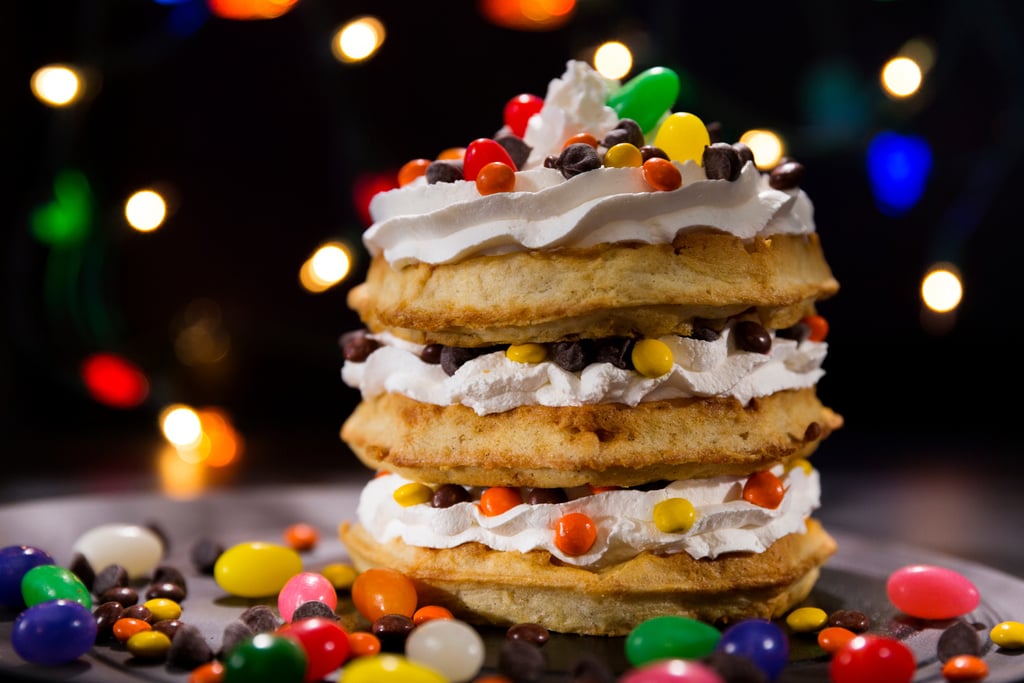 There are a whole lot of new foods and drinks coming to Universal Studios' Halloween Horror Nights this year, including creative treats inspired by Stranger Things. A taste of Hawkins, IN, is heading to both Universal Studios Hollywood and Universal Orlando Resort in the form of desserts, drinks, and savory bites inspired by Eleven and the rest of the crew. From "bloody nose" doughnuts to Demogorgon totchos and waffles stacked high with whipped cream, there's plenty that will turn your taste buds upside down.

Additionally, Universal Studios has teamed up with Netflix to give attendees an exhilarating experience inspired by Stranger Things. Fans will "get the chance to brave the Upside Down and confront the supernatural as each park debuts all-new mazes inspired by season one of the series," according to a statement. Halloween Horror Nights begins on Friday, Sept. 14, so plan your spooky adventures accordingly. Check out all the fun food ahead!

Related:
Are You a True Stranger Things Fan? Take Our Quiz to Find Out
Previous Next Start Slideshow
HalloweenStranger ThingsFood News