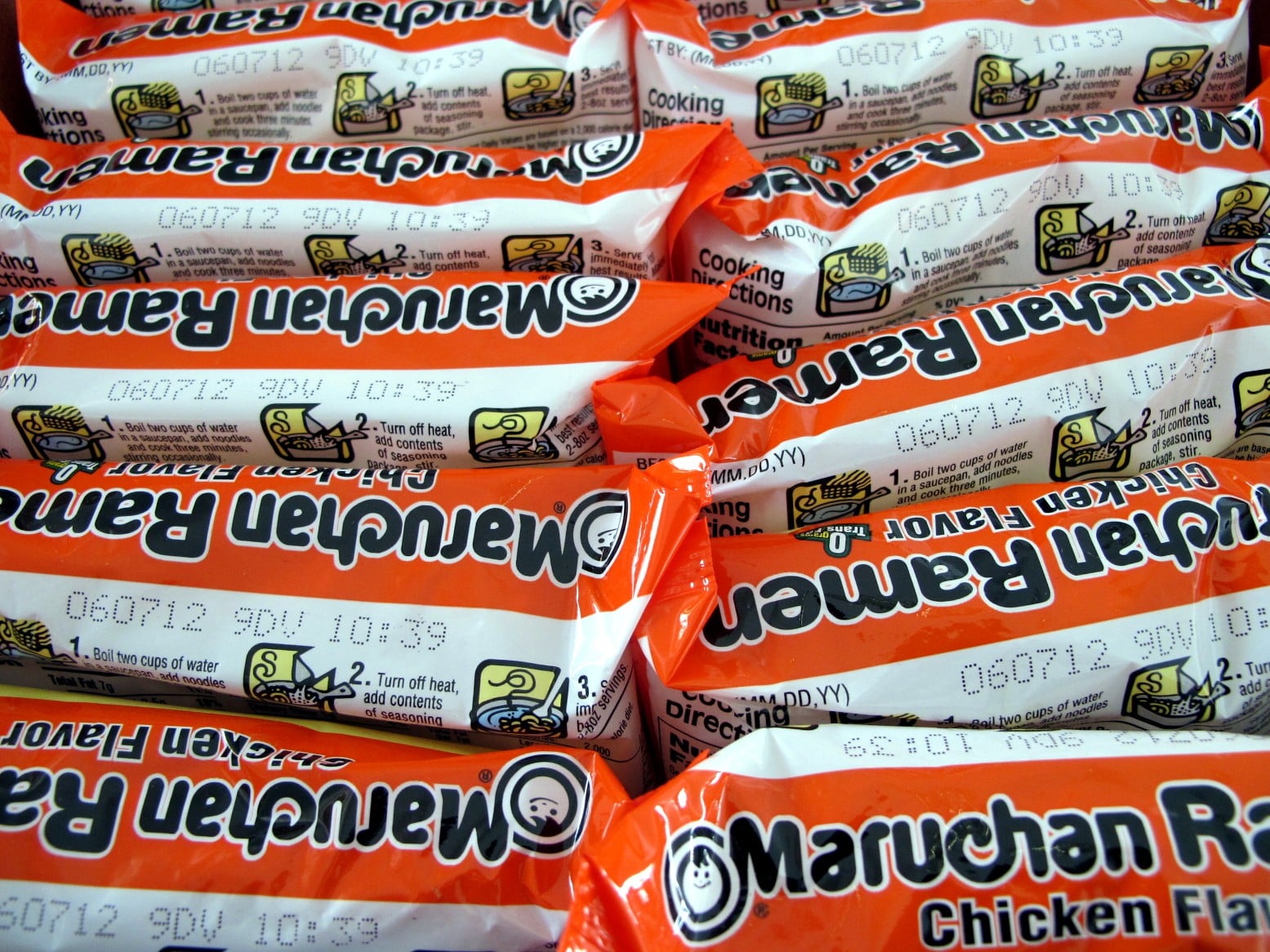 Yes, you know that instant ramen isn't good for you, but studies have confirmed just how harmful the prepackaged food can really be. A study in the Journal of Nutrition links instant noodle consumption with heart risk, particularly in women. The researchers conducted a study in South Korea, where consumption of instant noodles is the highest in the world, with more than 10,700 people ranging in age from 19 to 64. The results? "Women who consume instant noodles frequently were found to be more likely to have metabolic syndrome — the group of risk factors, including obesity and high blood pressure, cholesterol, and blood sugar, that increase the risk of heart disease and diabetes."

The harmful effects were predominantly found in women and not men. Part of the study reads, "Women — though not men — who ate instant noodles at least twice a week showed a 68 percent higher risk of metabolic syndrome," which is a syndrome that can increase the risk of heart attacks and strokes.

Related:
15 Recipes That Start With a Package of Instant Ramen

The high sodium content in instant noodle products is obvious, but the main culprit is the noodles themselves. In another study by Dr. Braden Kuo, director of the gastrointestinal motility laboratory at Massachusetts General Hospital at Harvard University, the doctor found unsettling results after testing digestion of the noodles. He used a tiny camera to study the breakdown of instant ramen noodles in the stomach and found out just how difficult it is for your body to digest the preservative-filled noodles. Warning: the photos are graphic. A preservative called TBHQ, which is found in many processed foods including Reese's and Chicken McNuggets, extends shelf life of fatty foods and makes them harder to digest. It's one of the many ingredients in Maruchan Chicken Ramen.

If you're hopelessly devoted to instant ramen (and it's a budget-friendly staple in your life), all hope is not lost. Dr. Frank B. Hu, a professor of nutrition and epidemiology at Harvard, told The New York Times, "Once or twice a month is not a problem, but a few times a week really is."

Moral of the story: eating college-friendly instant ramen is OK, but moderation is key.