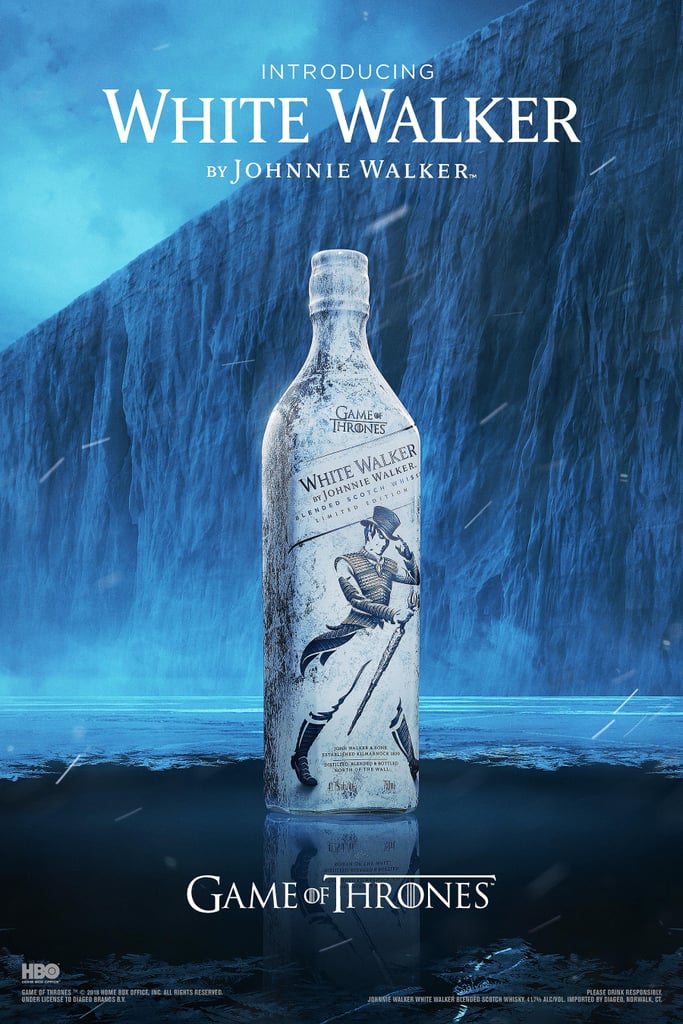 Sorry, Tyrion Lannister, but now everyone is able to drink and know things. While Game of Thrones fans have been waiting (not-so-patiently) for the highly anticipated eighth and final season of the series, Johnnie Walker announced a new line of Thrones-inspired whiskies to hold us over. Not only is there a White Walker by Johnnie Walker bottle inscribed with "Winter Is Here" on the side, but there's also an entire Game of Thrones Single Malt Scotch Whisky Collection with a bottle for each House of Westeros — including one for The Night's Watch!

White Walker by Johnnie Walker and the Game of Thrones Single Malt Scotch Whisky Collection are both available in liquor stores nationwide. The collection ranges from $30 to $65. Read on to see all the fascinating House bottles, because Tyrion said it best: "Everything's better with some wine whisky in the belly." Cheers!

Related:
Here's Why Daenerys Will Be Forced to Kill Jon Snow in Game of Thrones Season 8
Previous Next Start Slideshow
Game Of ThronesAlcoholTVWhiskey