Starbucks patrons tend to have their regular order, but with the release of a new coffee drink and a few breakfast sandwiches, some routines (including mine!) may change this year. I recently previewed the company's new offerings for March 2014, and two in particular may have you politely asking a Starbucks barista for something unexpected. 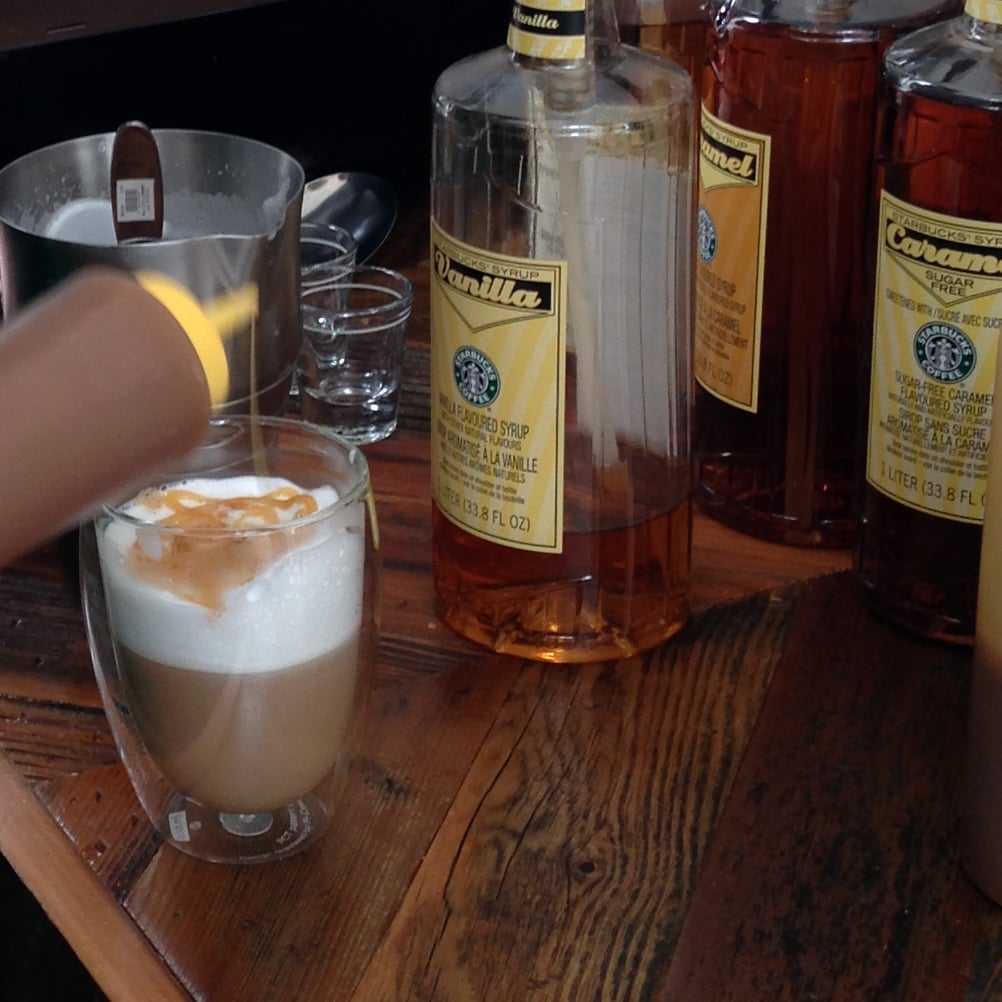 No Starbucks macchiato is complete without what the chain calls "drizzle" over the top. The new vanilla drizzle is a thick syrup made of butter, brown sugar, madagascar bourbon vanilla, and salt. The salt is really apparent! And here's a secret Starbucks let me in on: to apply the drizzle the proper Starbucks way, crisscross the syrup over the top of the drink seven times, and then circle it around the outside twice. Heavenly.

On to the food. Breakfast sandwiches will also arrive in select stores today, March 4. Since Starbucks purchased the La Boulange bakery chain, its breakfast sandwiches have been a sensation. This year, Starbucks is refining an old favorite and adding three new products: a slow-roasted ham and swiss sandwich on a croissant bun, a comforting egg and cheddar sandwich on multigrain toast, and — my favorite — vegetable, egg, and fontiago cheese on ciabatta, which had a rich flavor balanced nicely by the crunch of the bread.

And Starbucks's reduced-fat turkey bacon, cheddar, and egg whites breakfast sandwich is getting something of a makeover. The 2014 version will now be served on an organic wheat english muffin and contain half the calories found in the standard breakfast sandwiches (230 versus 490 calories).

Food Reviews
Is the New Dunkin’ Donuts Avocado Toast Worth It? I Tried It to Find Out
by Sydni Ellis 11 hours ago

Food News
Ready For an Experience Out of This World? Order the Starbucks WandaVision Frappuccino
by Haley Lyndes 2 days ago