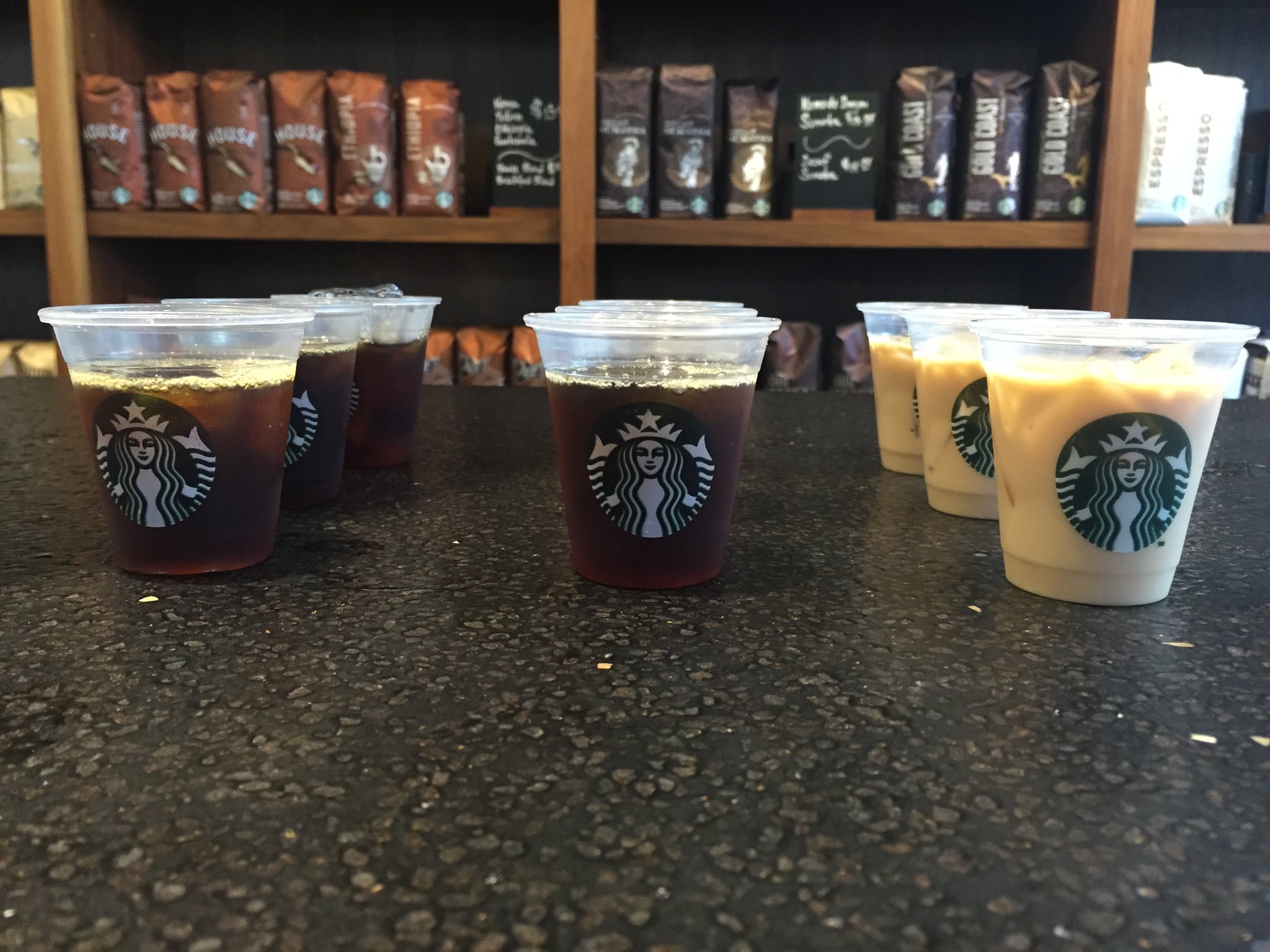 It's official: Starbucks is adding cold brew to its menus in all stores across the United States and Canada as of today. To get a feel for how the cold brew compares to regular coffee, we visited the Starbucks in Times Square for a taste test.

Up first was Starbucks's traditional iced coffee. My fabulous barista, Aubrey, told me it is brewed hot with half the typical amount of water, as the ice melt will dilute it. Usually, the baristas will lightly sweeten it, but for this taste test, we tried it as just plain coffee. And at no surprise to me, it tasted exactly like cold coffee with a slightly bitter finish.

Next was the new cold brew. It's made with a Latin American and African bean blend and brewed at room temperature. Aubrey explained that the cold brew is more in line with an artisan beverage as it's made slowly in small batches. It's actually steeped for 20 hours, so your drink is made with lots of time and love. After trying it, I was definitely sold on the cold brew. It has a chocolaty, smooth finish without the bitterness of iced coffee. It is intended to be consumed black, so it has a full flavor that really requires no additions. Since it's a bit weaker than other cold brews I've tried, I didn't feel like I had to load it down with ice, milk, and sugar.

I also tried the iced latte, just for comparison's sake, and it just tasted like espresso with milk, no smoothness, exactly how you'd expect. Actually, after trying the iced coffee and the cold brew, which both have pretty bold flavors, the iced latte tasted like milk that had been flavored with coffee.

I highly recommend the new cold brew at Starbucks. It will be priced slightly higher than the iced coffee, by about $.60 per size; the price will vary by market. Also, because it's a small-batch drink, once it's sold out for the day, it's gone, so make sure you get there plenty early if your heart is set on having it. Otherwise, you might have to settle for the (not quite as amazing) iced coffee.