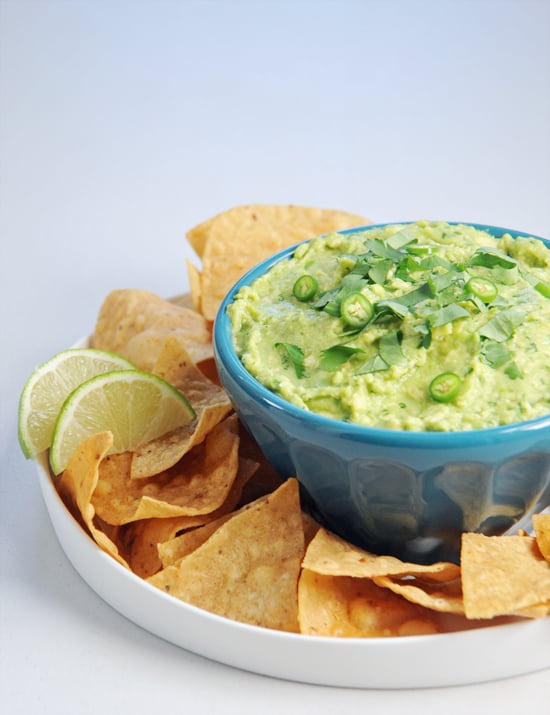 There are infinite ways to prepare guacamole, but chefs and our favorite food personalities know best. From the type of peppers to use to preparation technique, these tips will change your guacamole-making game forever.

Alton Brown's guacamole calls for mashing the ingredients together with a potato masher, then letting the guac rest for two hours, we're assuming to let the flavors marinate.

The best guacamole shortcut is to use pico de gallo! That's what's in The Pioneer Woman's recipe.

Bobby Flay: Dice the Avocado in the Shell

Why waste your time mashing? Bobby Flay's twist on guacamole is dicing the avocado in the shell.

The flavor secret to Tyler Florence's guacamole is serrano chiles.

Want to control the heat of your guac? Use hot sauce! "I feel really strongly about guacamole," Ina says in her guacamole video. Hot sauce adds a dash of complex vinegar-y flavor to your dip. Also, Ina says that freshly squeezed lemon juice is the only way to keep the guacamole from turning brown. She also runs her knife through the avocadoes to keep it super chunky.

Mash the avocado first with a fork before folding in all the other ingredients to make Marcela Valladolid's simple guacamole. "Simple perfection," she says.

A drizzle of olive oil goes a long way in making the guacamole ultracreamy, according to Gordon Ramsay's guacamole recipe.

Though she adapted it from Alton Brown's recipe, Chrissy Teigen made it her own by adding shredded cheese to her guacamole. "'CHEESE? IN GUACAMOLE?' I Know. I know. I got many mixed reactions when I posted this recipe years ago, but only from those who hadn't tried it. The others became obsessed," she claims.