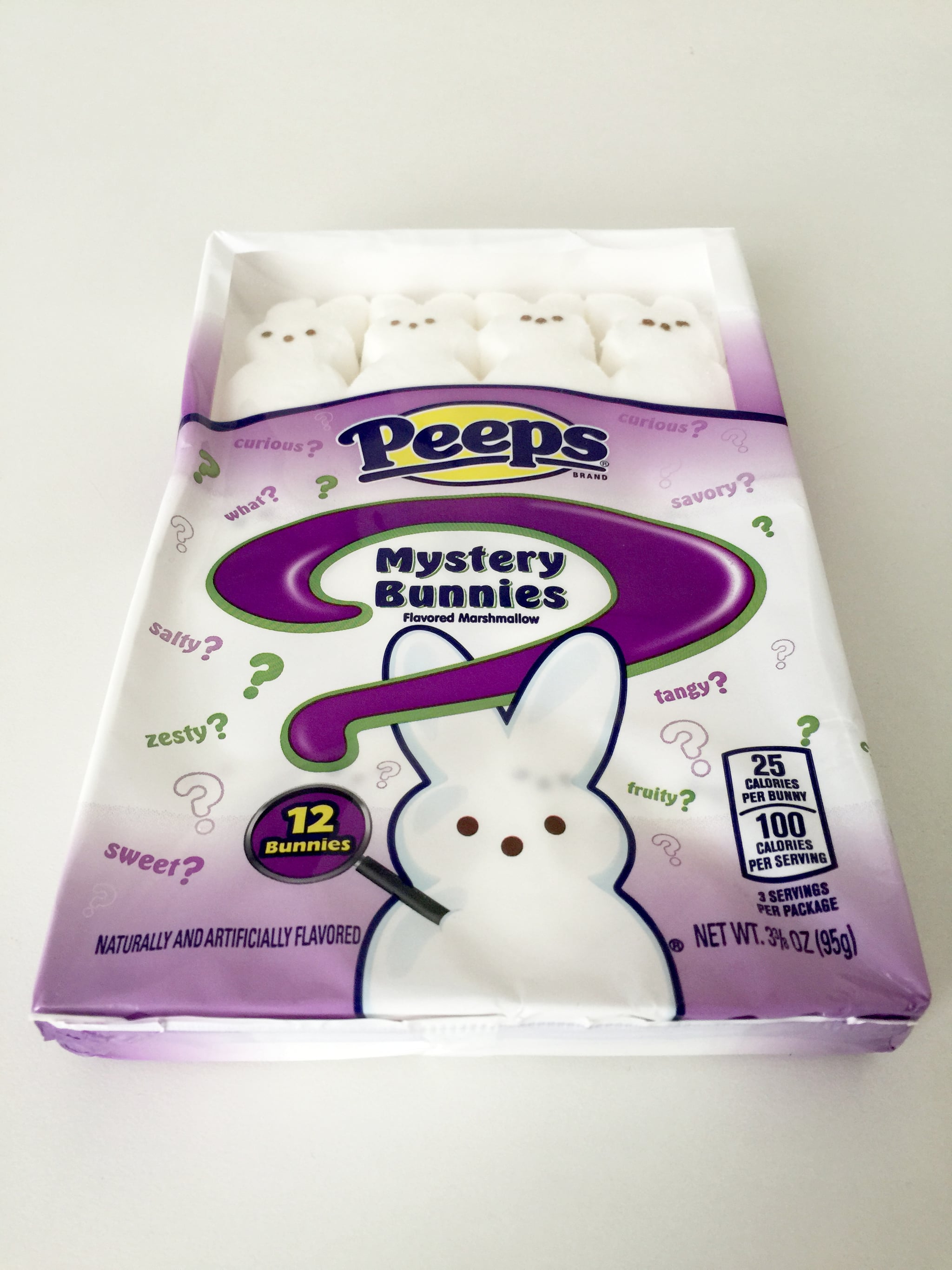 Peeps has come out with two new mystery flavors for some Easter fun. The chicks and bunnies (exclusive to Walmart) both have a slightly sour tang that can only be described as Fun Dip meets Pixy Stix. Peeps just revealed the actual flavors on Good Friday, but before it revealed them, we had to conduct a taste test to blindly guess each of the flavors.

There's something tropical about these bunnies — or is it autumnal? Whatever it is, it's definitely sour!

These chicks tasted just like berries — berries doused in some sort of sour-salt solution.

Hershey's
Strawberry Ice Cream Cone Hershey's Kisses Are a Thing, So Get Ready to Scoop 'Em Up
by Haley Lyndes 2 days ago

Food Reviews
Is the New Dunkin' Donuts Avocado Toast Worth It? I Tried It to Find Out
by Sydni Ellis 3 days ago

Food News
Ready For an Experience Out of This World? Order the Starbucks WandaVision Frappuccino
by Haley Lyndes 5 days ago