There's nothing quite like the sheer gastronomic joy associated with dunking an Oreo in a cold cup of milk, but that joy has officially been kicked up several notches now that Oreo Drink Mix exists. Oreo's August debut of this powdery concoction somehow managed to slip under the radar, likely due to the cult cookie brand's other exciting releases, but it's time we give it the attention it deserves! Made to be stirred into milk à la Ovaltine or Nesquik, Oreo Drink Mix stars actual Oreo cookie crumbles, and every container holds enough to make 32 eight-ounce servings of rich, chocolaty milk with 11 grams of sugar per glass.

Related:
Peppermint Bark Oreos Are Already Back on Shelves, So Start Prepping Your Hot Cocoa NOW

The decadent powder is currently on shelves at several grocery stores, including Food Lion, Hy-Vee, Southeastern Grocers, Albertsons, and Woodman's Markets, according to a representative of Kerry Foods, the company responsible for making the product in tandem with Oreo. If your go-to store isn't one of the lucky chosen suppliers, you can also snag the Oreo Drink Mix from Amazon Prime to have the chocolate-flavored goodness delivered straight to your doorstep in a matter of days. 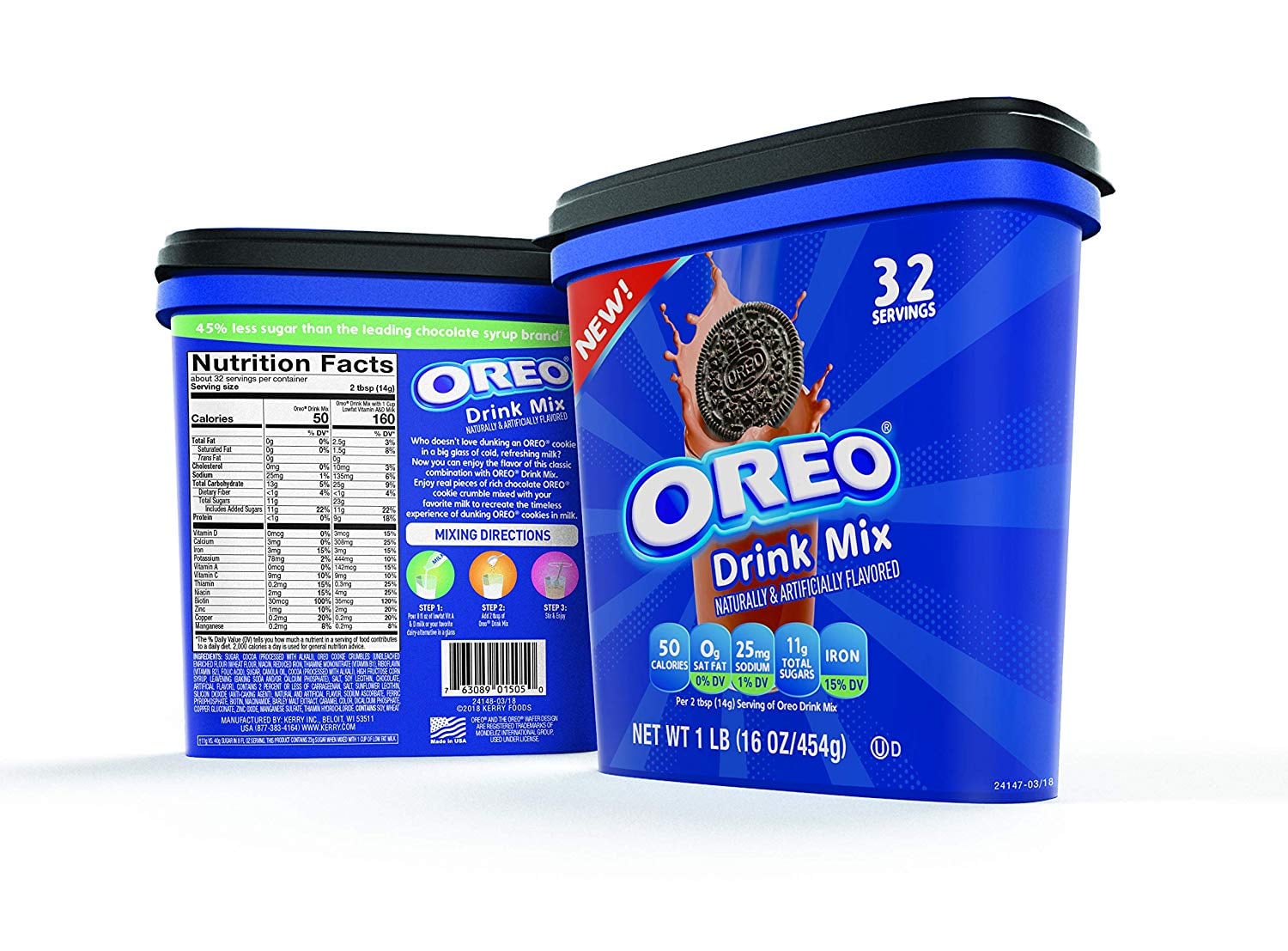 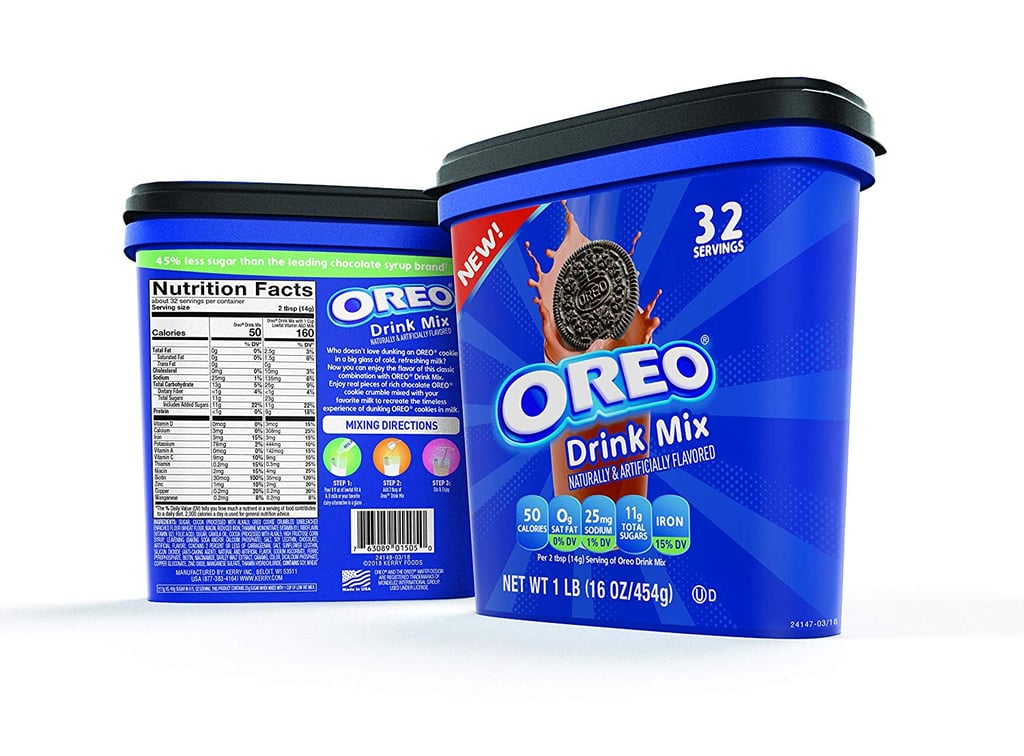 Food Reviews
We Tried Oreo's New Snickerdoodle Flavor, and the Nostalgia Is Real
by Chandler Plante 1 day ago

Food Shopping
The FDA Wants to Redefine What "Healthy" Foods Are — but What Does Healthy Even Mean?
by Maggie Ryan 1 day ago