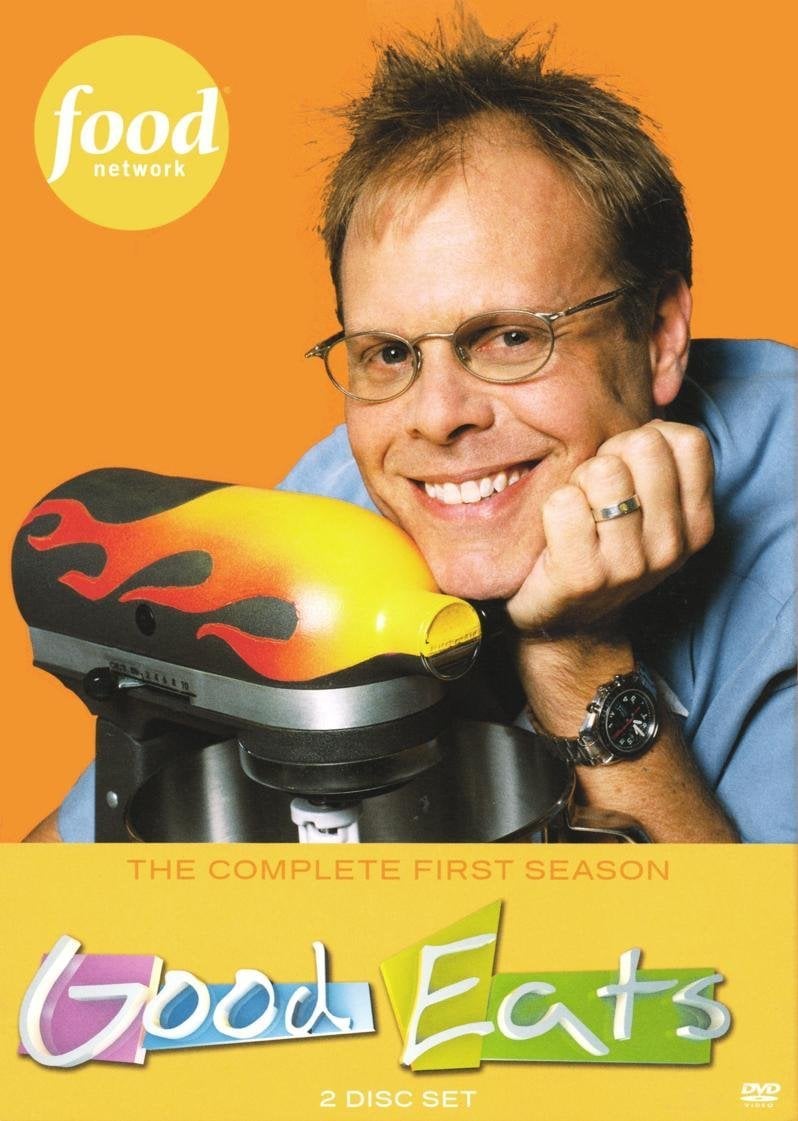 Alton Brown answered fan questions on Facebook Live and he had some pretty exciting announcements, especially if you love Good Eats and want to watch more of it. First off, if you're wondering why you can't stream the show on Netflix anymore, Alton can't tell you. He responded, "I didn't make that deal." But fear not! He added, "I think you can still see them on the Cooking Channel . . ." A quick online search confirms this info. Good Eats is on the Cooking Channel Monday through Friday at 11 p.m. EDT. "Set your DVRs," Alton recommended. If you don't have cable, there are a few other options. You can also purchase Good Eats episodes and/or seasons on YouTube or Amazon.

If you've seen every Good Eats episode and are anxiously awaiting a comeback, Alton has some good news for you. He told fans, "I'm not going to bring Good Eats back on Food Network, but I am going to bring something back a lot like it on the interwebs. Maybe even on Facebook, we'll see."

Alton also hinted at some other dates his followers should watch out for. He's announcing his cookbook tour and 2017 "Eat Your Science" dates in the coming months. And then, he teased a big secret, "Listen to this. This is big. This just happened. There's something coming, really big coming Thanksgiving, but I can't tell you what it is. Especially if you are in New York City. That's all I'm going to say." I'm crossing my fingers that it's an Alton Brown-hosted Thanksgiving dinner, but we'll have to keep tuning in to Alton's weekly Facebook Live videos (every Friday at 1 p.m. EDT) for more info.

Netflix
Feeling Like a Fairy After Watching Fate: The Winx Saga? Jam to the Magic Soundtrack
by Camila Barbeito 8 hours ago

Netflix
Every Fairy Has a Power on Fate: The Winx Saga, and We've Broken Them All Down
by Grayson Gilcrease 10 hours ago