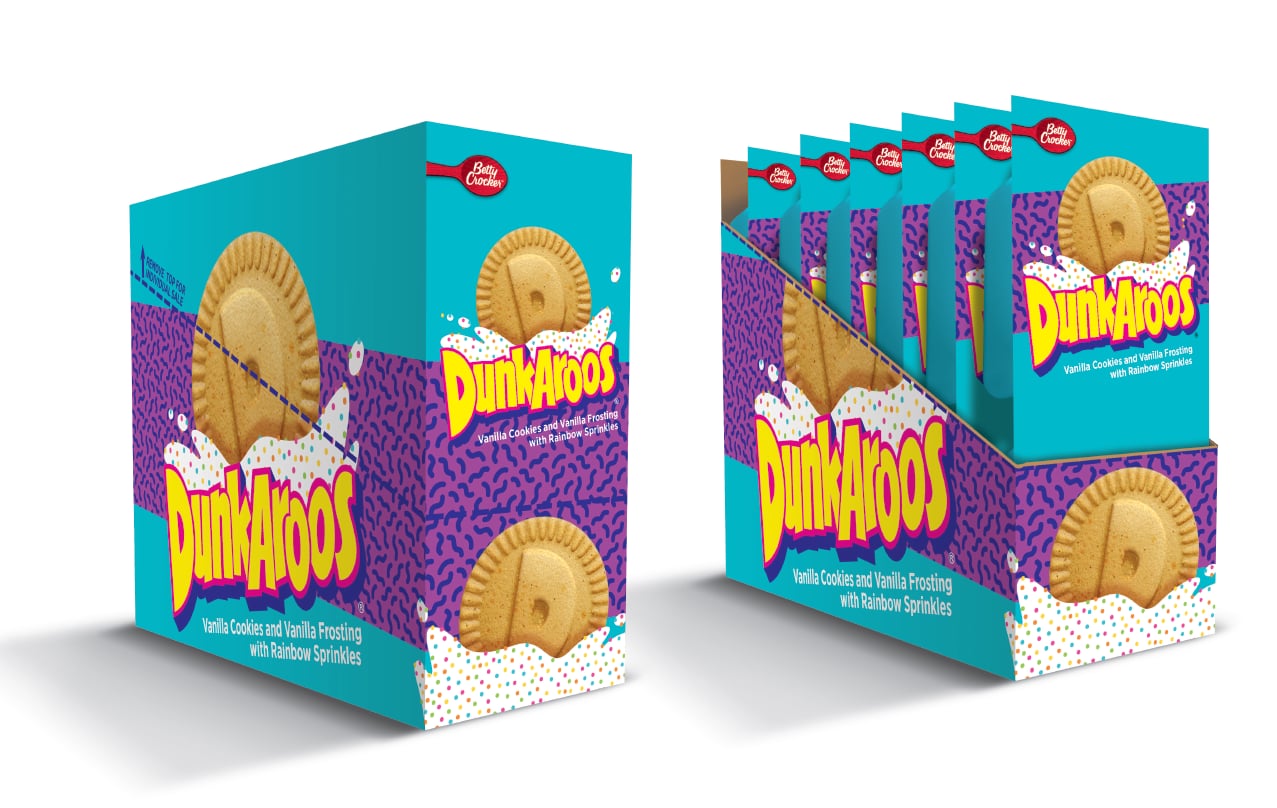 This is not a drill, '90s kids: Dunkaroos are officially back! Rumors of the nostalgic cookie's return first began spreading months ago, which only heightened after the brand quietly started official Instagram and Twitter accounts in January. Dunkaroos finally put our curiosity to rest and confirmed the news on Feb. 3 by sharing a '90s-tastic Instagram video compilation captioned "🚨Definitely coming back. Summer 2020.🚨" And now the time has finally come! You can get the beloved snack at 7-Eleven stores for $2 per 1.5-ounce tray, or in two packs for $3. They're also available for delivery using the 7-Eleven app, 7NOW.

General Mills's Dunkaroos made its debut to the snack scene in the '90s before sadly discontinuing in 2012. Celebrities like Kim Kardashian and Chrissy Teigen are vocally on board for a Dunkaroos revival, which is slated to happen this Summer. We're more than ready for those vanilla-flavored cookies and rainbow-flecked icing!