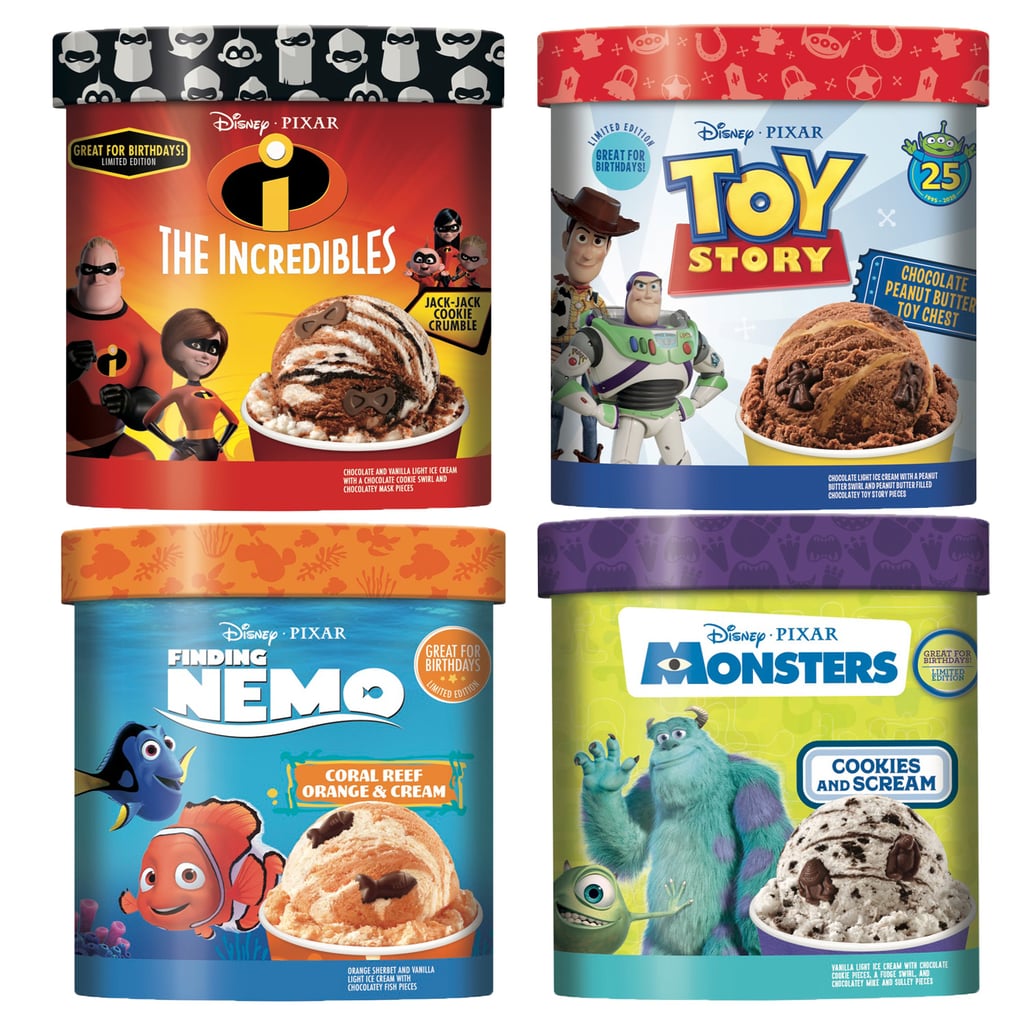 Gather 'round the freezer section, ice cream fans, because Dreyer's is releasing four new Disney- and Pixar-themed flavors, and I'm beginning to understand what those seagulls in Finding Nemo were talking about when they kept saying "mine." The movie-inspired flavors include Monster's Inc.'s Cookies and Scream, Finding Nemo's Coral Reef Orange and Cream, Toy Story's Chocolate Peanut Butter Toy Chest, and The Incredibles' Jack-Jack Cookie Crumble.

Coral Reef Orange and Cream is made with orange sherbet, while the other three flavors feature a combination of vanilla or chocolate ice cream and a variety of mix-ins. The flavors also include chocolate pieces shaped like the main characters from their respective films, including Mike and Sulley pieces and the masks worn by the Incredibles. Coincidence? I think not! Dreyer's has yet to announce an official release date for these fun ice creams, but they are expected to hit shelves in the coming months, and we're maintaining superhero-level focus until they arrive. Keep scrolling to take a closer look at each new ice cream flavor ahead.