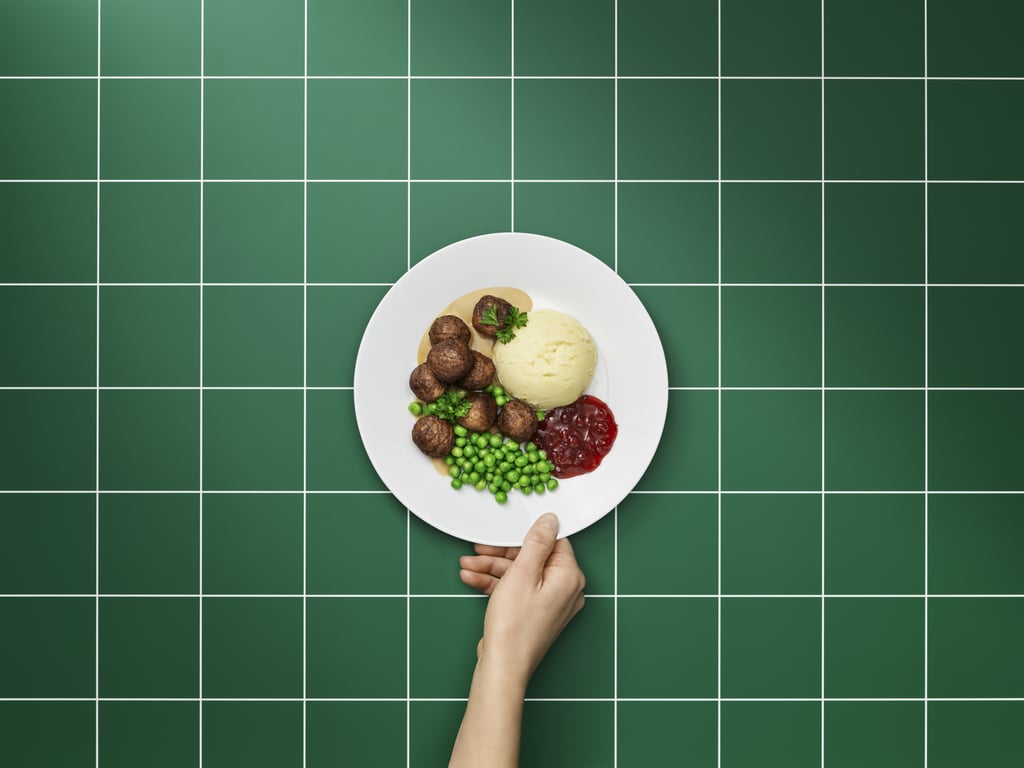 No trip to Ikea is really complete without a plate of the store's famous meatballs, along with the many other delicious menu items. But for vegans and plant-based eaters, their food options are quite limited. Luckily, this fall, Ikea is adding a new plant-based meatball alternative to its food court offerings for everyone to enjoy, the furniture and home store announced on Thursday.

The plant ball is made out of yellow pea protein, oats, potatoes, onion, and apple, but "looks and tastes like meat," according to a press release from Ikea. In an effort to reduce the company's climate footprint and encourage sustainable eating among customers, Ikea is introducing meatless meatballs to the US starting on Sept. 28, and in European stores in August. And best of all, the plant ball will be served the same way as the traditional version, with cream sauce, mashed potatoes, lingonberries, and vegetables. The dish will also be available for the same price, at $6 for an adult plate, $3 for a kid's plate, and about $1 for a side.

While you might remember that Ikea added a veggie ball to its menu back in 2015, the new plant ball more closely "recreates the meat-like taste and texture" of the original, says Alexander Magnusson, chef and project leader at Ikea Food. If you like what you taste come fall, you can also purchase bags of the frozen plant balls at Ikea's Swedish Food Market and whip them up in your own kitchen. Take a closer look at the plant ball ahead.

Related:
Aldi Has 3 New Dairy-Free Ice Creams Made With Oat Milk, So Dibs on the Cold-Brew Flavor!
Previous Next Start Slideshow
Food NewsIkeaVegan