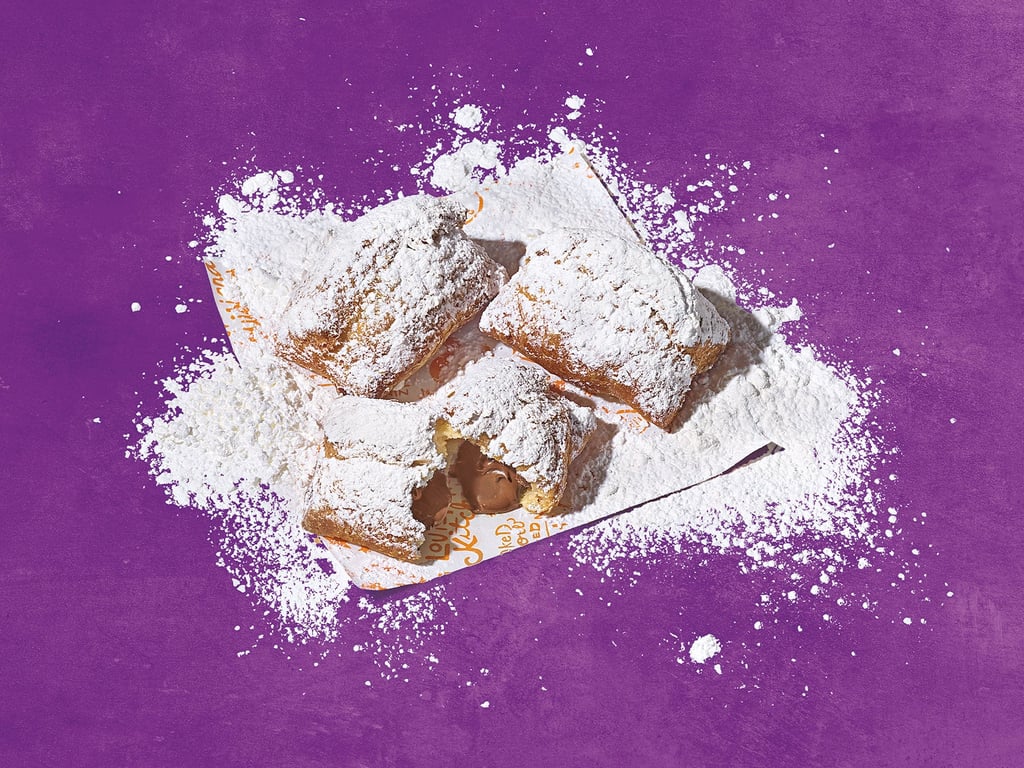 Are y'all ready to have dust everywhere? Because we sure are! On Dec. 14, Popeyes announced that Chocolate Beignets are being added to menus nationwide, and we've got a full stack of napkins ready to go. As a New Orleans-style chain, Popeyes wanted to honor the great dessert that is beignets — but these aren't your typical fluffy, dusty treat. Popeyes Chocolate Beignets are filled with melted Hershey's chocolate and covered in powdered sugar. Drooling yet? The beignets are available in stores now for a limited time and are being sold in packs of three, six, and 12.

And because we know you're wondering, the oozing sweet is already getting great reviews on social media. One person who was lucky enough to try the beignets on the first day said they "load it up with lots of powdered sugar." Knowing how messy beignets can get, Popeyes hilariously released a "Beignet Camo" hoodie to mask "the inevitable mess." It's covered in splatter marks so we can really let loose while indulging and have no worries about making a mess. Check out how people are enjoying the new Popeyes Chocolate Beignets ahead and make sure to order some the next time you're out and about.