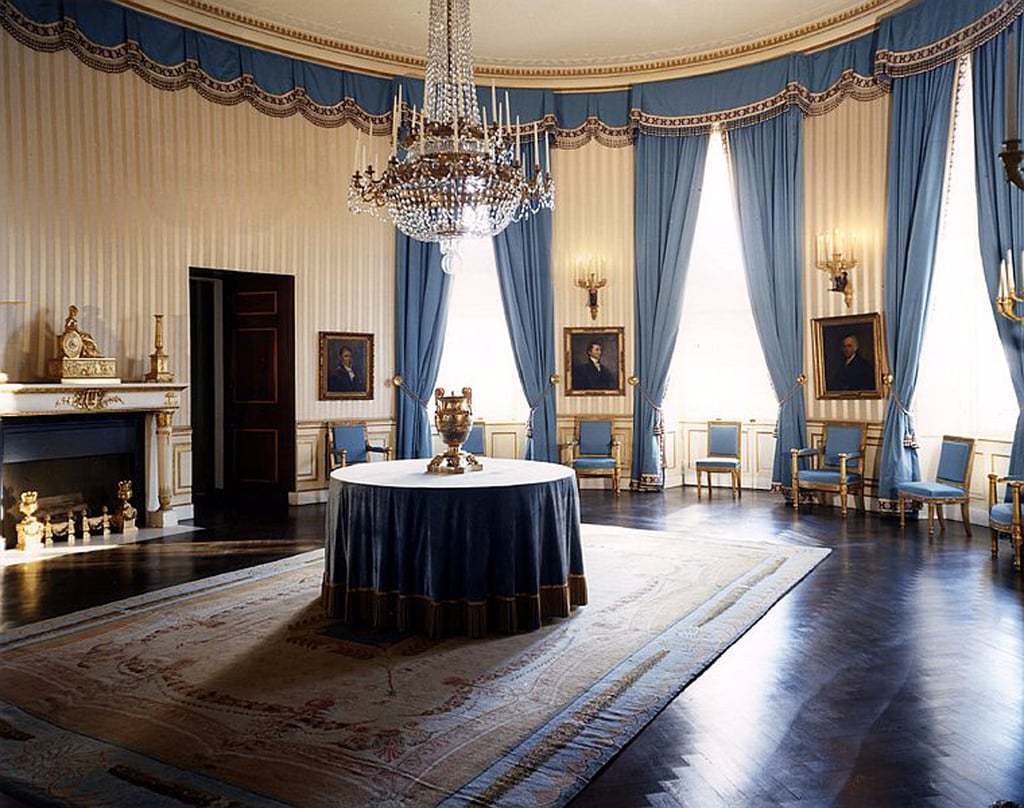 When John and Jackie Kennedy took over 1600 Pennsylvania Avenue in 1961, the new First Lady worked to infuse their temporary home with elevated art and refined design. Drawing from her love of French culture and style, Jackie enlisted French interior designer Stéphane Boudin to transform the Red Room, the Lincoln Sitting Room, the Blue Room, and the Treaty Room into impressive spaces worthy of European aristocrats.

To execute the private upstairs quarters, Jackie used the same American designer, Sister Parish, who had decorated their house in Georgetown to warm these family spaces. "I want our private quarters to be heaven for us naturally — but use as much of [the Eisenhowers'] stuff as possible and buy as little new as I want to spend lots of my budget below in the public rooms, which people see and will do you and I proud!" Jackie wrote in a letter to Sister before the restorations began. But within the first two weeks, the pair had already spent their $50,000 budget on just the personal areas.

In addition to adding a private kitchen, pantry, and dining area for the first family to enjoy on the second floor, Jackie instituted major, purposeful changes in the public areas. These focused on infusing her personal taste throughout the White House while showcasing a sophisticated design that reflected all of the past administrations rather than one specific time period. "It would be a sacrilege merely to redecorate — a word I hate. It must be restored," Jackie said, according to the Chicago Tribune.

Not only does how Jackie arranged her private space give a rare and personal glimpse of the woman behind the impressive title of Mrs. John F. Kennedy, but it also serves as decor inspiration as relevant now as it was in 1962 during her official televised White House tour. Check out Jackie Kennedy's impeccable redecoration of both the public and private White House spaces.