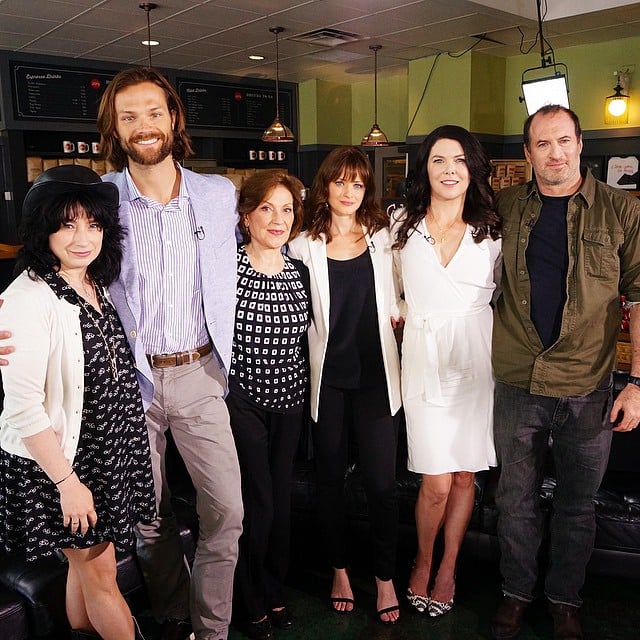 It's been eight years since the last episode of Gilmore Girls aired and the fast-paced, caffeinated conversations between Lorelai and Rory Gilmore stopped. Since then, we've impatiently waited for a reunion, and our wishes were finally granted. Lauren Graham and Alexis Bledel, who is half Argentinean, got the entire Stars Hollow gang back together for the ATX Television Festival in Austin, TX. Lauren posted a picture of the mother-daughter duo on her Twitter, saying, "I've missed you, Alexis Bledel." Alexis responded by posting the same snap on her Instagram with the words "LG!!! Missed you too!"

At the panel, show creator Amy Sherman-Palladino said the cast is not currently shooting a movie, but didn't shut down the idea of a project in the future. Lauren and Alexis also revealed they have no idea what some of their most famous lines even mean — referring to "Oy, with the poodles!" and "Copper boom!" — with Alexis saying, "We said so many words!" Keep scrolling to see pictures of the entire cast (minus Melissa McCarthy) — yes, all of Rory's boyfriends were there: Dean, Jess, and Logan.