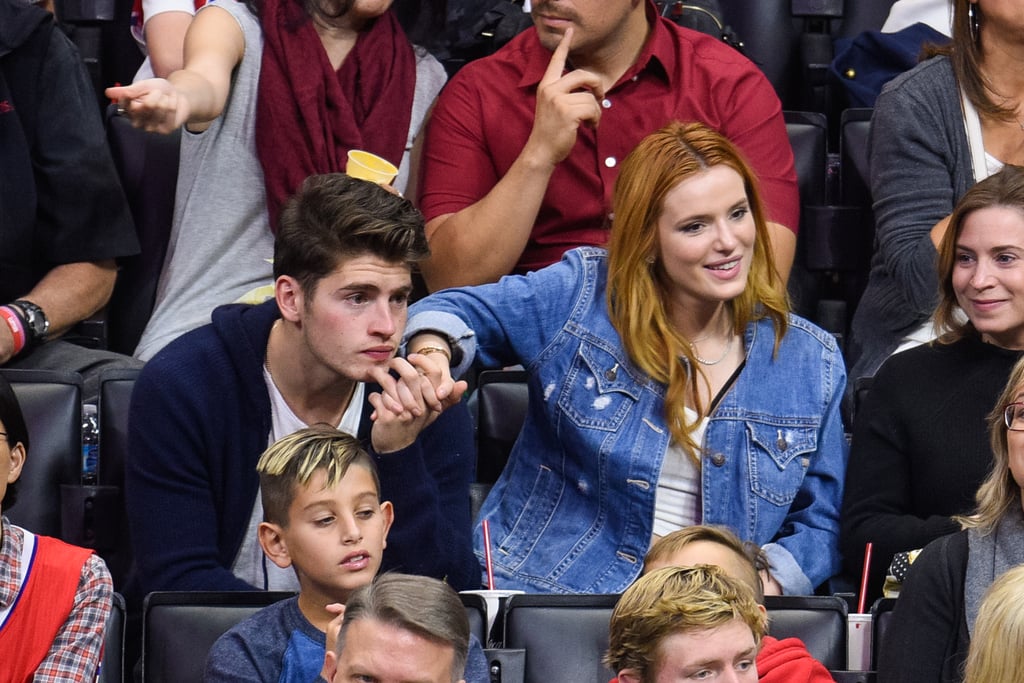 In Case You Had Any Doubts, Bella Thorne and Gregg Sulkin Are Too Freaking Adorable

Bella Thorne and boyfriend Gregg Sulkin are still going strong. The young couple got together to show their support for the Los Angeles Clippers, and though they did watch the game attentively at times, they also had some time to get touchy-feely, holding hands and cozying up, nuzzling each other in between plays for the world to see.

The outing comes just weeks after Bella and Gregg reunited after spending some time apart as the actress lived in Canada filming Midnight Sun with Patrick Schwarzenegger and after she revealed to Seventeen magazine that a famous Hollywood star has bullied her in the past, saying: "I stay away from her at all costs. I never say hello to her. Her siblings are not mean like she is. It's just her." Keep scrolling to see more photos of the cute couple — no mean girl can get to them! — then check out Bella and BFF Zendaya through the years.