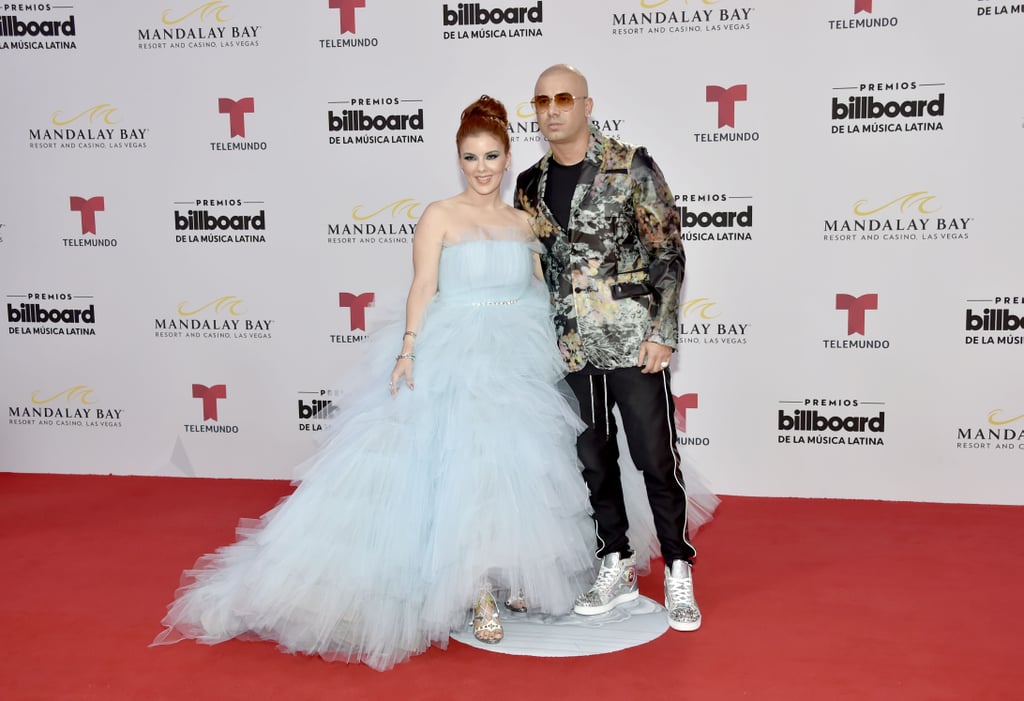 The Premios Billboard is celebrating 21 years, and it's tirando la casa por la ventana with a major party at Las Vegas's Mandalay Bay Resort and Casino. Nothing screams "Latinx party" more than a red carpet full of style to kick off the evening's celebrations. From ballgowns to cocktail dresses, bold styles, pops of color, and a lot of "brillo," the Latin Billboard's red carpet had a little bit of everything.

Premios Billboard honors the most popular albums, songs, and performers in Latin music, based on sales, streaming, radio airplay, and social data during a one-year period. All the finalists and winners reflect the performance of new recordings on Billboard's charts, and this year in particular, we saw a rise in the number of women who were nominated.

All these women made sure we remembered their names by showcasing their best fashion ahead of the show, a great night for their careers. Becky G, Anitta, Kany García, and Karol G were just a few who the crowd going crazy, while Lalí, Rosalía, and Sofía Reyes brought fresh new faces to the red carpet.

The men also rose up to the occasion, most of them keeping it casual but elegant, and others opting for more fashion-forward outfits that showed their personality.

Dua Lipa
Perhaps You Noticed Dua Lipa's Pearl Orb Choker Necklace? Everyone on TikTok Did Too
by Sarah Wasilak 3 hours ago