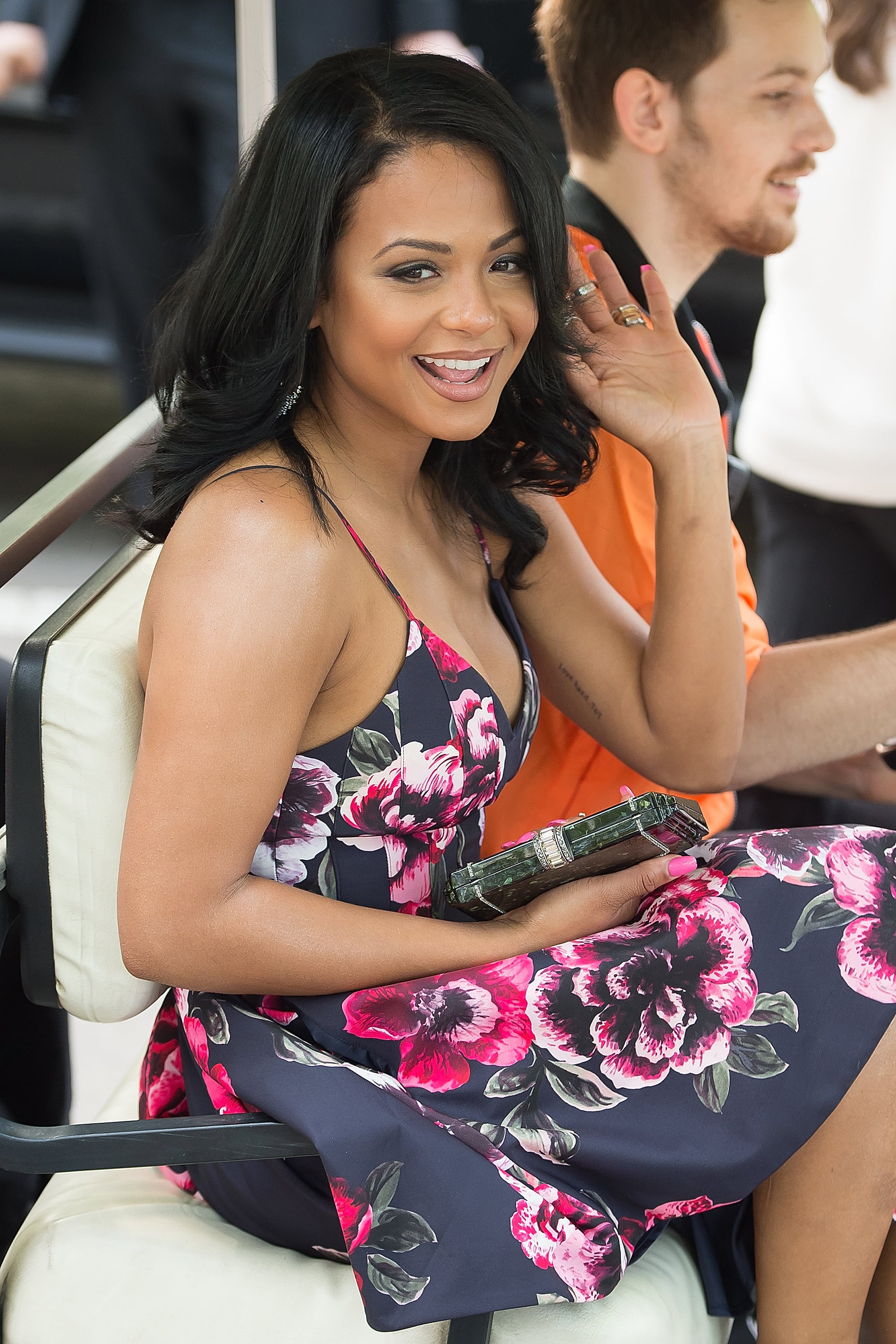 Christina Milian went from being coy about her relationship to Lil Wayne to confessing they're an item and getting ink inspired by the rapper in a matter of weeks. The Cuban singer and actress confirmed her relationship status to E! News at the premiere of Tomorrowland and then reluctantly showed her new tattoo on the inside of her left arm, which reads "Love Hard . . . TnT" — TnT stands for Tina and Tunechi, the couple's nicknames. The tattoo was brand new and still covered with a clear bandage during her interview with E! News, but days later Christina was seen flaunting it at the Fox Upfronts, where she was promoting her new show with John Stamos, Grandfathered. Keep reading to watch the interview where Christina showed the ink for the first time.