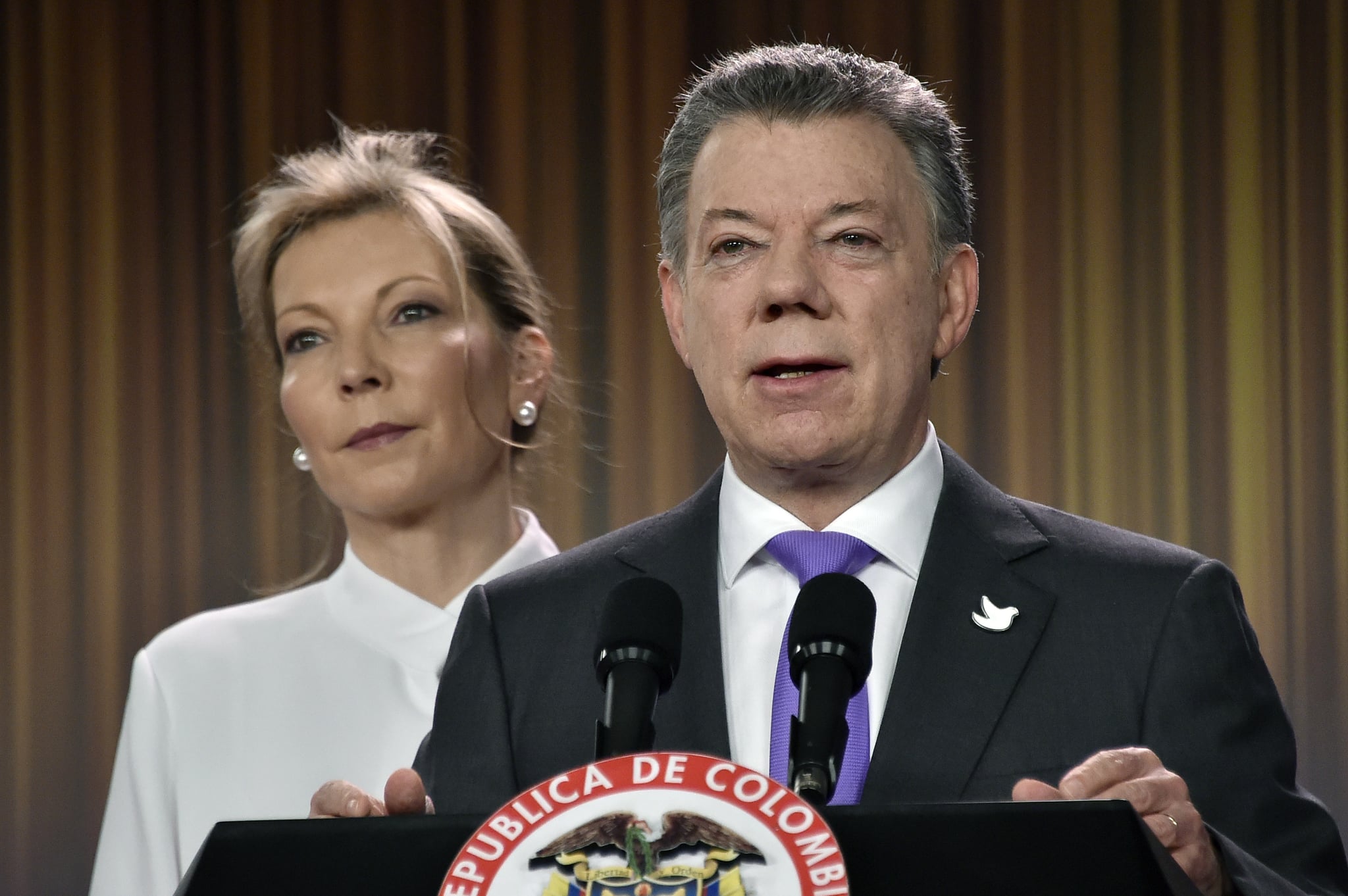 And the 2016 Nobel Peace Prize goes to Colombian President Juan Manuel Santos for his efforts to end the 52-year-long conflict with the Revolutionary Armed Forces of Colombia or FARC. The Nobel Committee made the announcement from Oslo, Norway, on Friday Oct. 7, just days after Colombians voted against Santos's agreement to waver a peace deal with the guerrilla group in a referendum that took the country by surprise.

According to The New York Times, in a speech Santos gave alongside his wife, María Clemencia Rodriguez, on the morning of the announcement, he said: "I invite everyone to join our strength, our minds, and our hearts in this great national endeavor so that we can win the most important prize of all: peace in Colombia."