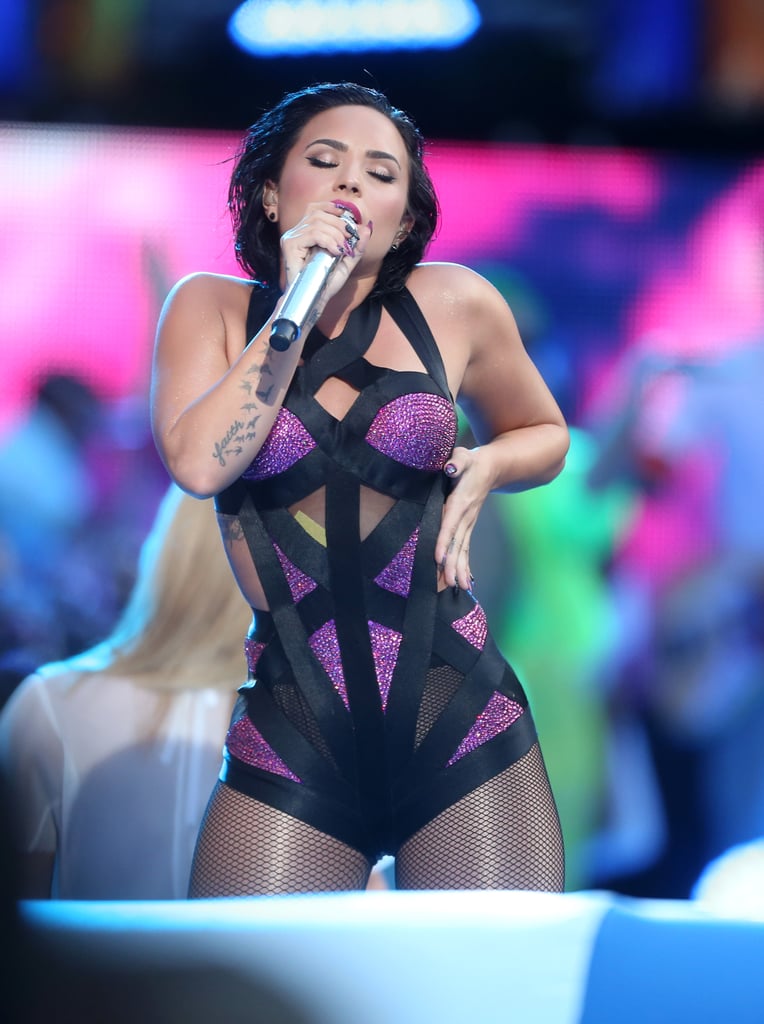 Demi Lovato's Performance Will Make You Lose Your Cool

Demi Lovato hit the Pepsi Stage for the 2015 MTV Video Music Awards in LA ready to dance like no one was watching. The singer gave a killer performance of a remix of "Cool For the Summer" featuring best friend Iggy Azalea. In a black and purple leotard and over-the-knee black boots, Demi looked incredibly hot as she pulled out all her sexy moves while singing live with a group of dancers in furry costumes, later leaving the stage to get into a blowup pool being carried across the audience while confetti flew everywhere. Keep scrolling to see more photos and GIFs of Demi's performance, then check out what she wore on the red carpet.