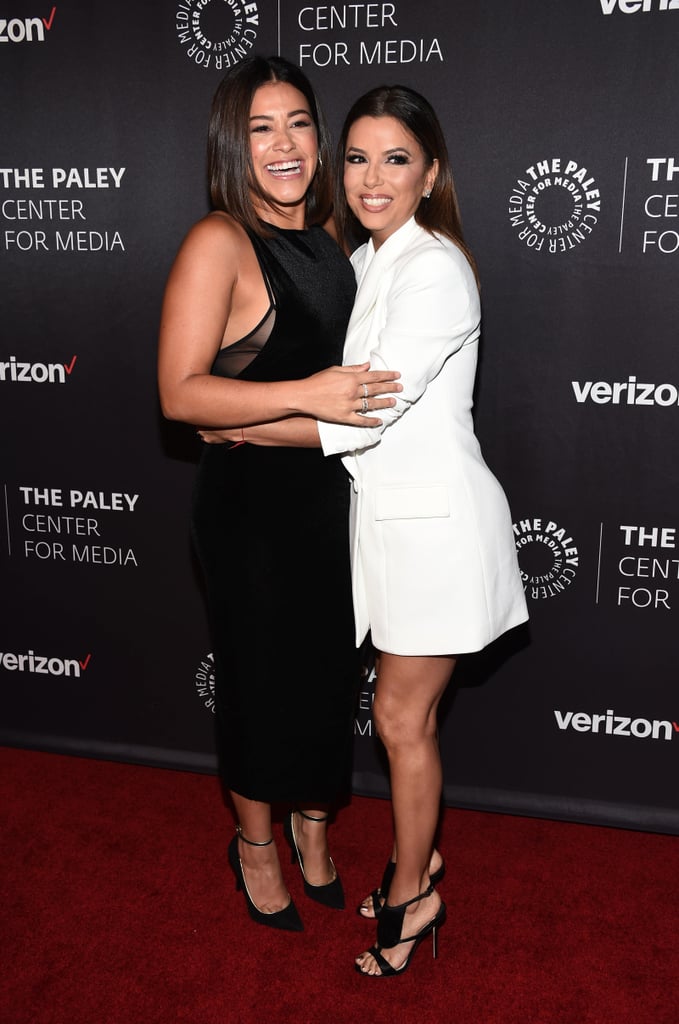 Get ready for a true demonstration of friendship. Gina Rodriguez and Eva Longoria attended The Paley Center for Media's Hollywood Tribute to Hispanic Achievements in Television on Oct. 24 in Los Angeles, and their excitement at running into each other on the red carpet was palpable.

After spending some time together on the set of Jane the Virgin, where Eva directed Gloria and Emilio Estefan in a guest role, Eva and Gina probably hadn't seen each other, which is why they ran into each other's arms as soon as they laid eyes on each other, fawning over how beautiful Gina looked in her velvet, fitted black dress. Meanwhile, Eva showed off her stunning legs in a short white blazer. Come on, just look at how adorable they look! Scroll ahead for more photos of the sweet encounter.