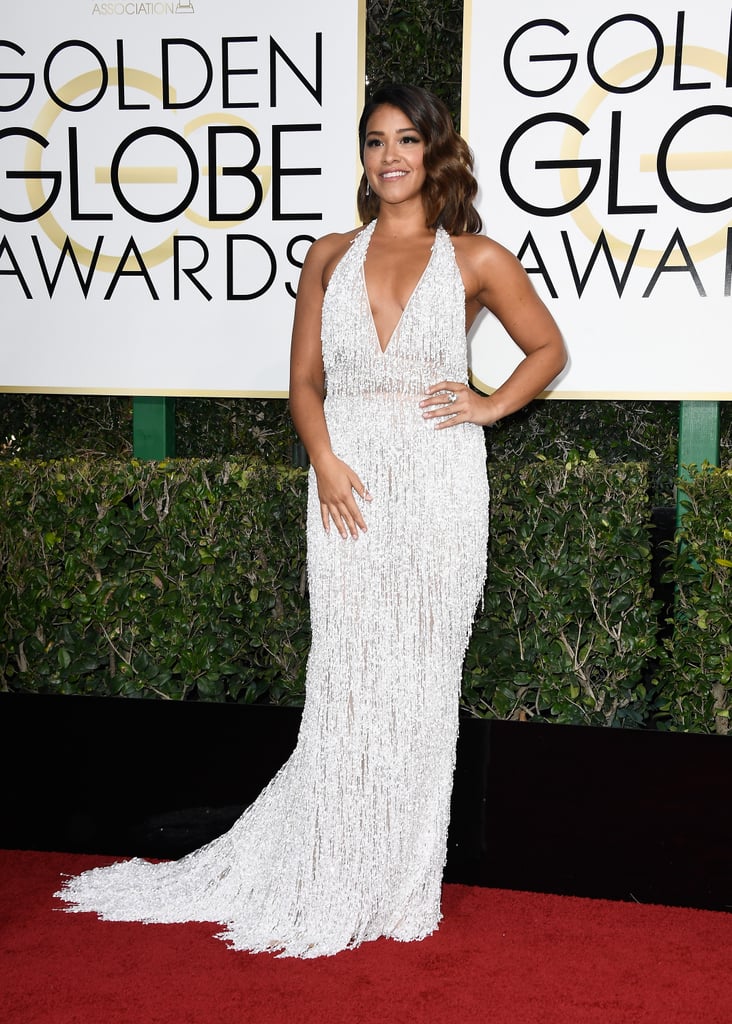 The Jane the Virgin actress, who received her third consecutive nomination this year for her role as Jane, wore a trendy, 1920s-inspired plunging halter metallic fringe Naeem Khan dress, Chopard jewels, and Giuseppe Zanotti heels to the star-studded event, practically shutting down the red carpet with her guest of the night: her older sister, Rebecca. (She brought her dad last year!)

Gina gave her social media followers a sneak peek of the look, sharing a few photos of the getting-ready process and a nice message of gratitude: "Today is a great day, I can and I will," she wrote, quoting her 2015 acceptance speech, "3rd nomination, 4th season renewal and family, friends, cast, and supporters that have all helped me get here." Keep scrolling to see more pictures of Gina's sultry backless dress, then admire her Hollywood style evolution.

Music
How Can Anyone Deny That Ashanti Is the Lady of Soul After This Greatest-Hits Performance?
by Njera Perkins 1 hour ago

Music
Silk Sonic Performed "Fly as Me" and "Smokin Out the Window" at the Soul Train Awards — Watch!
by Princess Gabbara 18 hours ago

Grammy Awards
From JAY-Z to Olivia Rodrigo, Here Are All the 2022 Grammy Nominees Who Set New Records
by Njera Perkins 5 days ago

Tyler the Creator
Tyler, the Creator's Stunning AMAs Performance Took Us to a Rap Winter Wonderland
by Njera Perkins 6 days ago

Jay Z
JAY-Z Continues to Win For Hip-Hop as the Most Grammy-Nominated Artist in History!
by Naledi Ushe 6 days ago