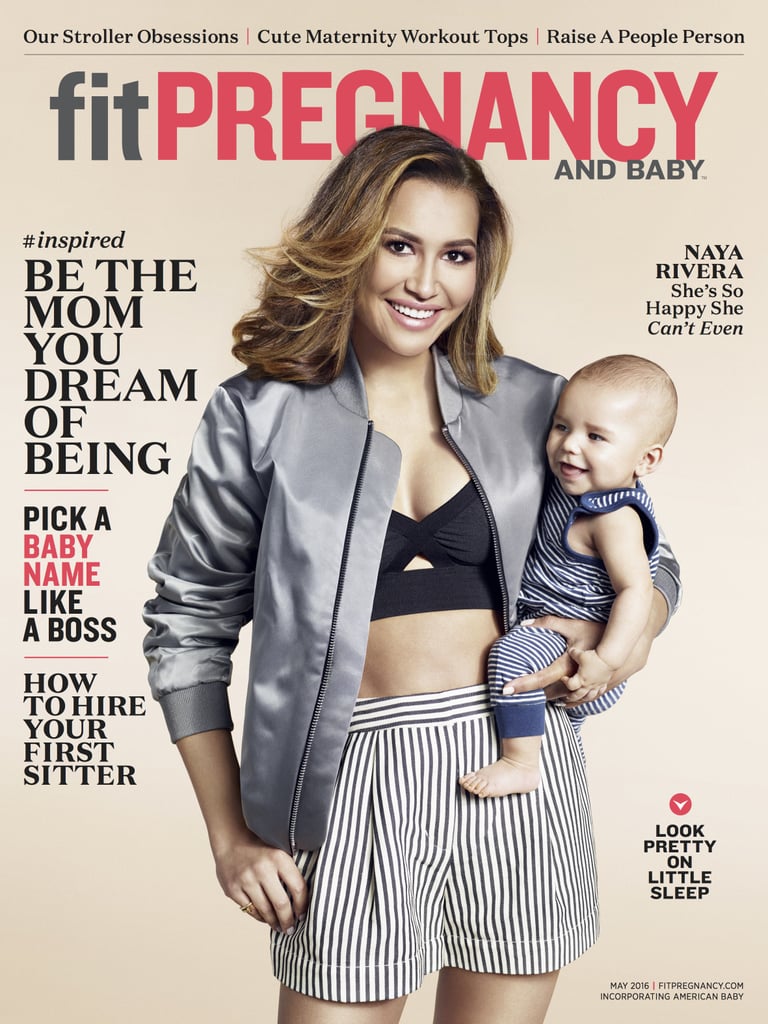 Naya Rivera on Motherhood: "If I'm a Fraction of the Mother My Mom Is, I'll Be Happy"

Josey's mom has got it goin' on! Naya Rivera is Fit Pregnancy and Baby's May 2016 cover star — and her 8-month-old son, Josey, joined in on the fun, smiling and posing with his glowing mom.

In her interview with the magazine, the 29-year-old former Glee actress, who is married to actor Ryan Dorsey, opened up about all aspects of motherhood — from her weight-loss secret to her take on social media and even what she has learned about motherhood along the way, saying, "If I'm a fraction of the mother my mom is, I'll be happy." Keep reading for a sneak peek at Naya's cover story, then keep your eyes peeled for her memoir, Sorry Not Sorry: Dreams, Mistakes, and Growing Up, which hits stands September 2016.

Kelly Clarkson
Kelly Clarkson Discusses How Divorce Impacts Family: "It's Your Babies You Worry About"
by Karenna Meredith 1 day ago

Kristen Wiig
Kristen Wiig Is a Mom of 2! Here’s What We Know About Her Family
by Kathryn Mayer 1 day ago