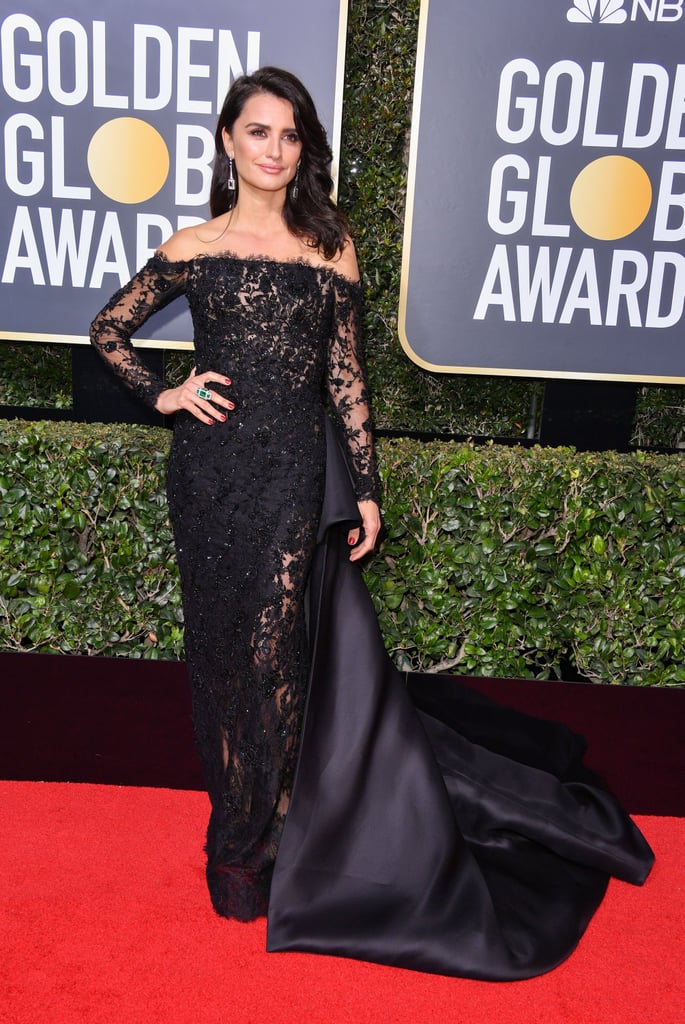 Penélope Cruz Knows How to Own a Red Carpet, and No One Can Deny It

Penélope Cruz is a red carpet master. The super sexy The Assassination of Gianna Versace: American Crime Story star isn't afraid to take a risk, and that's evidenced in her array of looks (including a pantsuit or two) since her Hollywood debut in the early 2000s.

It doesn't matter if she's having an iconic moment like her umbrella one at the 2010 Golden Globes or simply rocking a bright minidress at a movie premiere, Penélope's noteworthy style — complete with lots of feminine ruffles and lace — is always worth admiring. Ready to pick out your favorites? Keep scrolling for 44 of her best looks, and then swoon over her husband, Javier Bardem, in stills from the movie that kick-started their love, Vicky Cristina Barcelona.