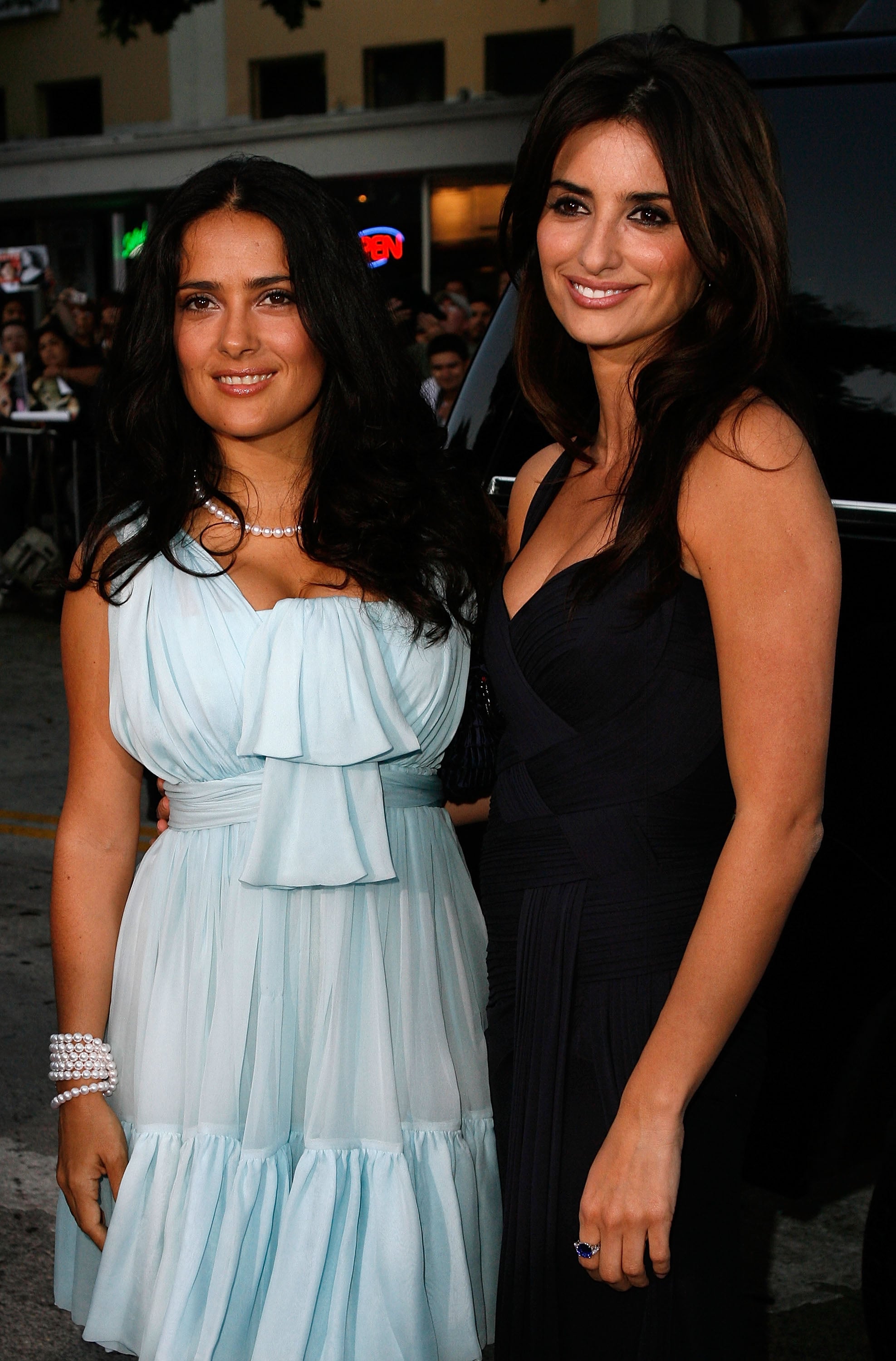 Penelope Cruz is that friend that you can always count on including to help you get ready for a movie premiere, just ask Salma Hayek. The 43-year-old Spanish actress spoke to InStyle and revealed she actually helped Salma prepare for an event once — in the dark.

"I actually did Salma Hayek's hair and makeup once in the dark. She had a premiere one night and called me like, 'My glam squad didn't show up, and the power went out in my house. I need you.' We put candles everywhere, and I got her ready," she said. But don't worry, Penelope was actually superqualified to create Salma's beauty look for the big event. She told the magazine she grew up in her mom's hair salon, where women spilled "their deepest secrets," adding: "I could have a second profession as a hairstylist. I can give a really good haircut to anyone who will let me."

Salma and Penelope have been friends for years and aren't shy about giving everyone a sneak peek into their friendship. In January 2017, Salma posted a selfie of the two and captioned it: "Good friends are forever." We are sure Salma looked flawless after her bestie got her ready — we wished she told us which premiere it was so we could see her master work in action.

Lizzo
Lizzo Is Ready For Kamala Harris to Be Vice President: "I Want Actual Change to Happen"
by Grayson Gilcrease 16 hours ago

Dan Levy
Who Is Dan Levy Dating? The Actor Is Pretty Private When It Comes to His Love Life
by Monica Sisavat 2 days ago