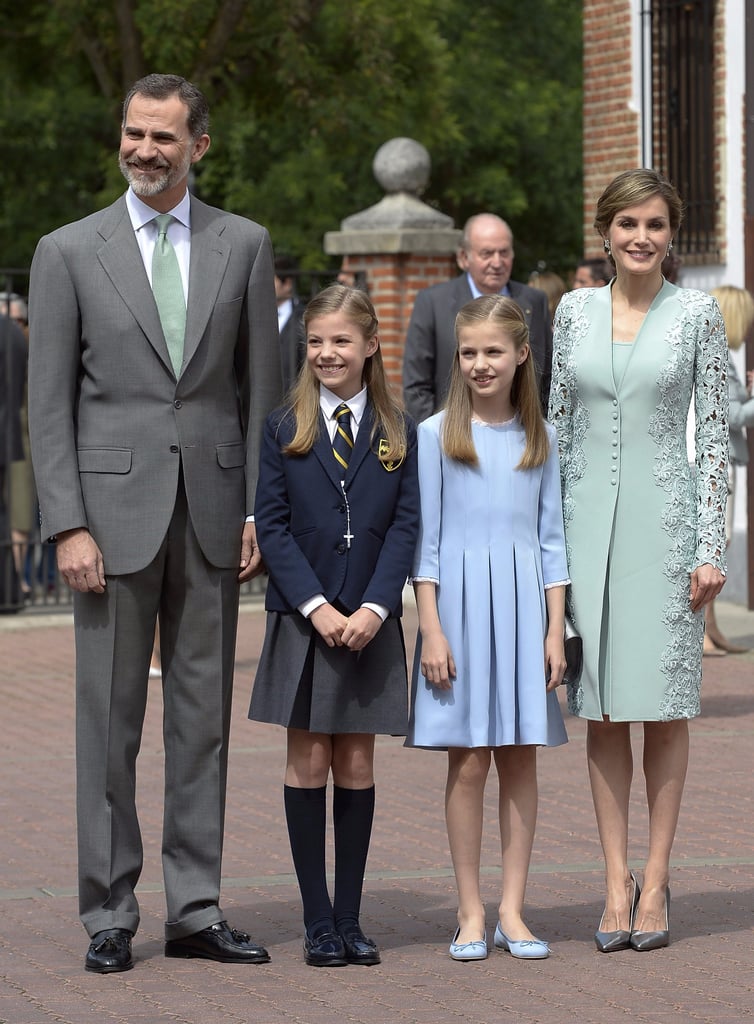 You'll have to do a double take to tell Princess Leonor, Infanta Sofía, and Queen Letizia apart in these photos, because the mother-daughter trio are looking incredibly similar. The Spanish royals stepped out, with Queen Sofía and King Juan Carlos in tow, to attend Infanta Sofía's first communion, and though the two young princesses have made a few royal appearances this year, they've never looked this grown-up before.

Wearing the same color palette she wore to Princess Leonor's first communion in 2015, Queen Letizia wore a pastel mint lace coat to match Princess Leonor's baby-blue look — Sofía had to wear her school uniform to the event. Keep scrolling to check out more adorable photos of the look-alikes.