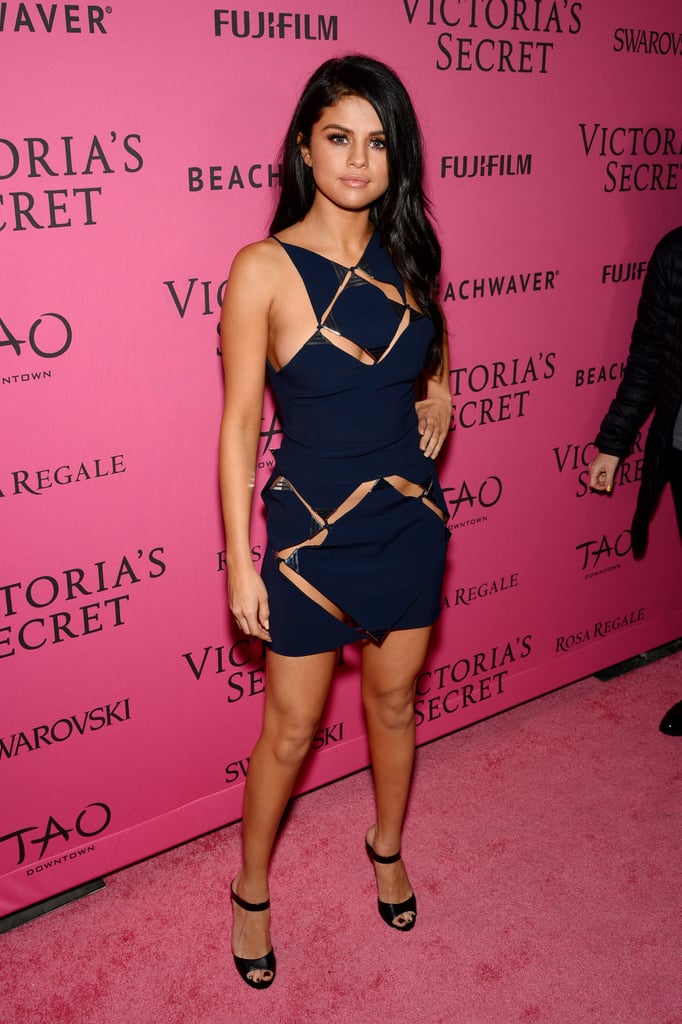 Leave it to Selena Gomez to be the sexiest woman to step on the Victoria's Secret Fashion Show runway who isn't an official Angel, then bring the heat to the afterparty. The singer, who performed during the 2015 show, filmed on Nov. 10 and aired on Dec. 8, wore a blue minidress with cutouts that revealed just the right touch of skin. But aside from Selena's curves and toned body peeking through her outfit, we were transfixed by her green contact lenses — her eyes are naturally brown — which gave her a mysterious edge and superhot stare, perfect for the steamy celebration. Keep scrolling to see more photos of Selena at the party, then check out the hottest moments from VS's Brazilian Angels.