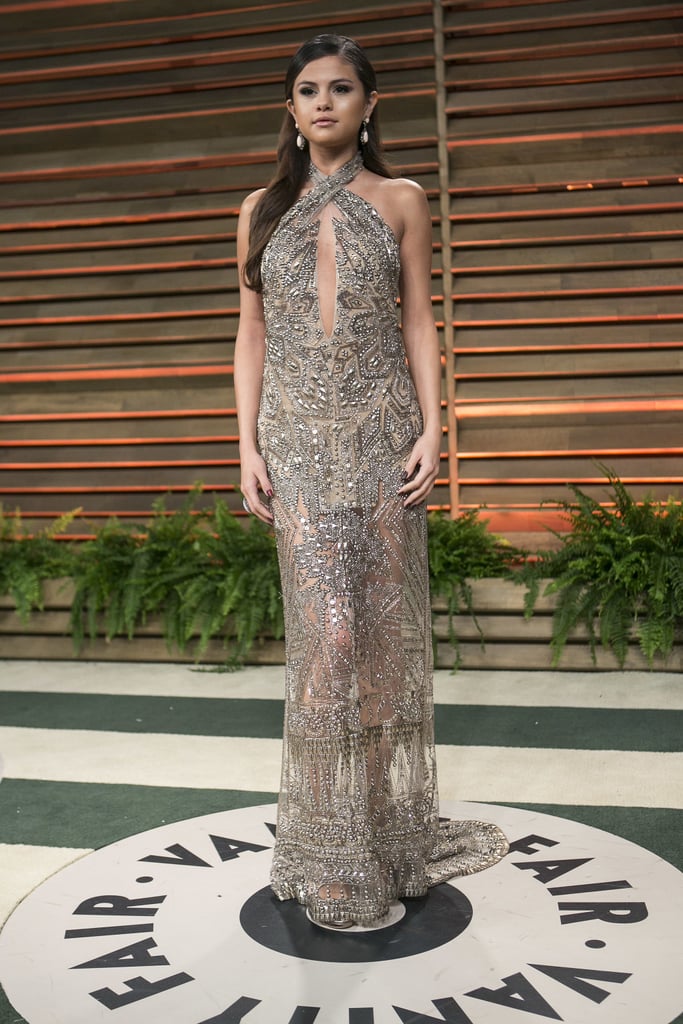 Selena Gomez hasn't yet attended the Oscars, but she never misses the afterparty. The star has stolen the show at Vanity Fair's annual post-Academy Awards bash with her impeccable style from her first appearance in Dolce & Gabbana in 2011 — and that's saying a lot considering most winners and nominees beeline to the party as soon as the ceremony is over.

The "Hands to Myself" singer didn't disappoint when she appeared on the red carpet for 2016's affair at the Wallis Annenberg Center For the Performing Arts in Beverly Hills either, in a Louis Vuitton metallic gown and sultry eye makeup. Take a look at that dress and more by looking through, and get excited for Selena's 2017 look.

Selena Gomez
Selena Gomez Has the Most Amazing Nap Dress, and I Think About It All the Time
by Sarah Wasilak 1 day ago

Selena Gomez
Selena Gomez Is the Queen of Simple Yet Chic Nail Looks, and We Want to Copy Them All
by Jessica Harrington 3 days ago

Jay Ellis
Jay Ellis and Nina Senicar Make Such a Stunning Couple, We Can't Look Away
by Monica Sisavat 6 days ago