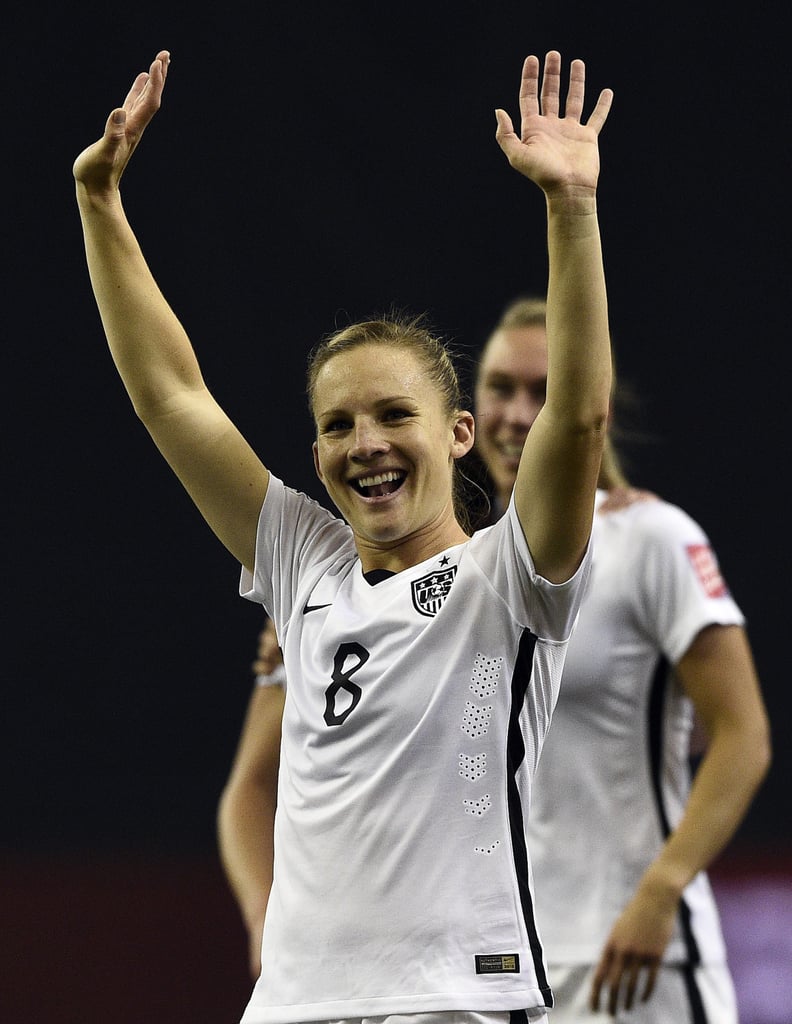 Get to Know Amy Rodriguez, the Latina Changing the Face of US Soccer

The US women's soccer team is playing the final match for the World Cup on July 5, and though we will be cheering and crossing our fingers for all of the girls in the squad, there is one who has a special spot in our hearts: Amy Rodriguez. The Cuban-American soccer player, who plays with FC Kansas City, is not only a world-class athlete and winner of two Olympic gold medals, but she's also a mom to 1-year-old Ryan. Amy has fought hard to gain respect from her peers as one of only three moms on the national soccer team and is always vocal about wanting to inspire other Latinas to take on soccer and compete professionally. If that hasn't convinced you that she's a total badass, keep scrolling for more reasons to support Amy.