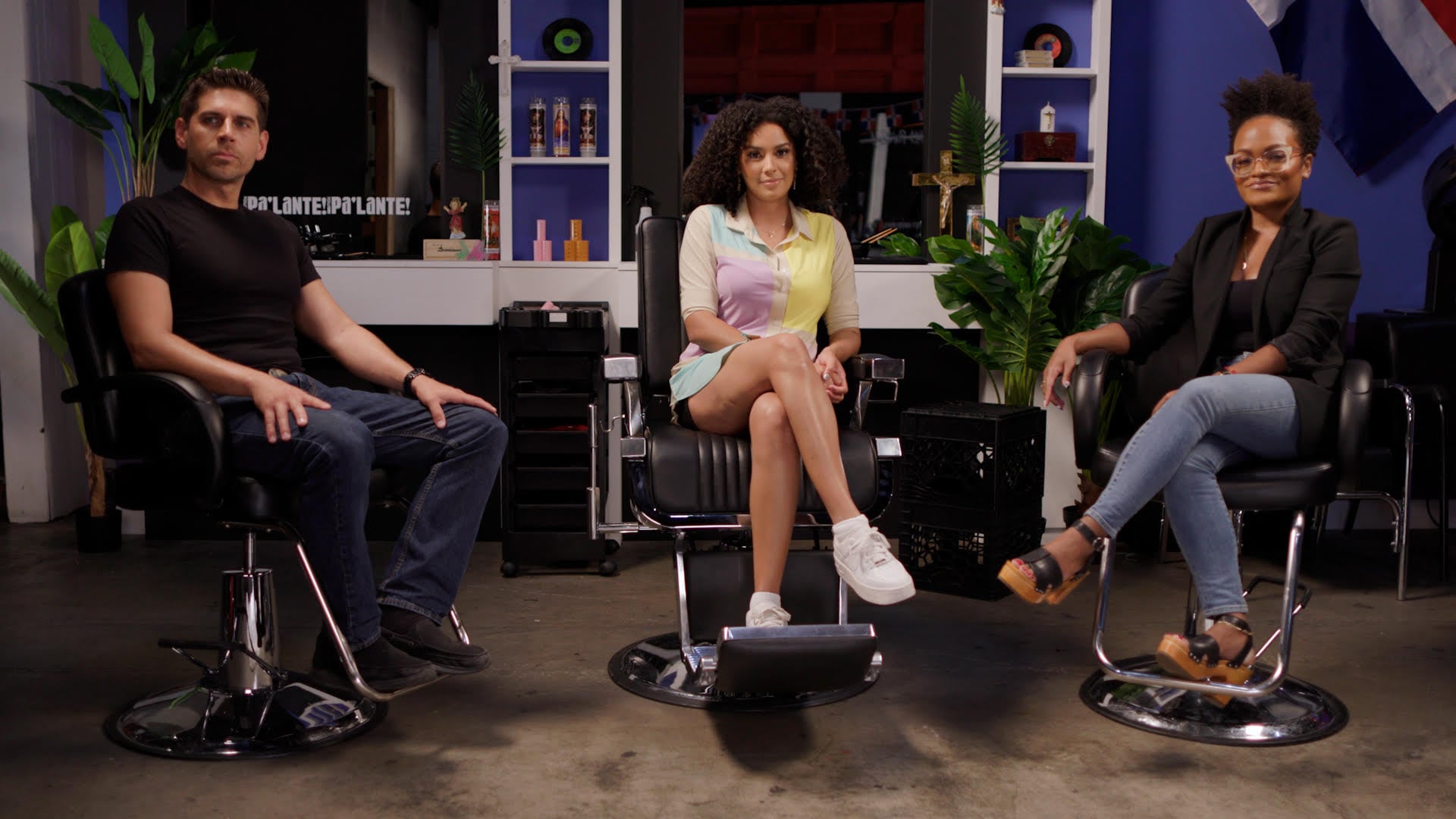 This has been a very unique holiday season for the majority of us who didn't actually get together with family last year as a result of the COVID-19 pandemic. This season has come with its fair share of stress and complications that range from navigating difficult Latinx family dynamics, dealing with invasive comments about our weight or questions about our current relationship status from well-intended but intrusive tias, abuelas, or primas. It also comes with the anxiety surrounding the pandemic that's still very much among us. As cases surge across the country, with infections and hospitalizations on the rise, many of us are on the fence about whether we should be cancelling or still going along with plans.

HBO Max Pa'lante! in partnership with WORD Agency's campaign "Are You Listening?" recently put out their latest short film titled The Healing of Us. The project highlights the importance of Latinx communities prioritizing their mental health and wellness during the holiday season and as we prepare for the new year. The film takes place in a barbershop/hair salon setting with a discussion led by mental health experts and well-known Latinx voices including, Sasha Merci, Josie Rosario, and Carlos Gomez. It also features segments from HBO Max's Habla series featuring Diane Guerreo, Ricardo Restrepo and Barbra Herr. The choice to have the conversation set in a barbershop/hair salon setting was very intentional. "For most Latinos, the salon/barbershop has always served as a space to unpack the week's burdens as well as a place to stay connected to the community and culture," says Jessica Vargas, Director of Multicultural Marketing, HBO Max and HBO."

"There's so many stigmas around mental health. One is that only white people go to therapy and only white people care about their mental health and that is the furthest thing from the truth," Couples and Relationship Licensed Therapist, Josie Rosario says at the opening of the film. "The other stigma that's really prevalent is this idea that if you go to therapy or if you are thinking about mental health emotional wellness, that there's something wrong with you. That you're crazy."

Dominican-American comedian, actor and writer, Sasha Merci thinks it's crucial that we have more open conversations and dialogues around mental health within Latinx communities. In the film, she shares her own struggles with depression along with her healing journey. Merci has used her own platform, as well as, her Instagram page, in an effort to normalize discussions around mental health.

"It's so important for me to share my own mental health story because depression can be very isolating. When you reach such a state of desolation, you feel emotions of helplessness," Merci exclusively tells POPSUGAR. "These emotions make you incapable of relating to others, causing you to further alienate yourself and become misunderstood. Therefore it's important for people to understand they are not alone in depression. We tend to judge ourselves so harshly because society's perceptions of a healthy person is constantly in high spirits. Opening up the dialogue of not feeling ok to a friend, a family member, or therapist, it can prevent your mind from getting buried in an avalanche of negative thoughts, making your mental health a lot more manageable than if you didn't speak up."

Merci wants to encourage people to have these conversations right now, particularly during the holiday season when we are gathering with family and friends. Because even though our loved ones normally mean well, they don't always have the awareness to know how their words can impact your mental health. "Speaking to a professional or a friend can actually help you deal with certain aspects of a situation. I know we all had a moment when we snapped at a family member and then instantly felt like you shouldn't have," she adds.

Founder of WORD Agency, Zoila Darton developed "Are You Listening?" in partnership with HBO Max Pa'lante! after being inspired by the HBO show Habla, created by Alberto Ferreras. "When developing AYL for Pa'lante! we knew we wanted to wrap with mental health as a reminder for folks to continuously lean into emotional self-care but especially around the holidays," she tells us. "After two years of uncertainty, it can feel there is extra pressure put on us to make things perfect or show up to all the things — to make up for lost time. Not to mention, some of the natural friction that can come with traveling and being with family during this time. But the reality is that we have all experienced collective trauma piled onto our existing trauma so just "getting back to normal," can feel really tough. We are in a pinnacle moment in history where so many of us are evolving past the archetypes our families assumed we'd be. We are breaking generational chains that no longer served us and that included taking our mental wellness seriously."

Rosario, believes it's important to understand where the stigma and the fear of therapy stems from for our communities. "Previous generations may be hesitant to try therapy as we know for a couple of different reasons. Therapy and therapists are associated with the medical field and there's a rightful distrust in said field by our community," Rosario tells us. "When our mothers and abuelas experiences, for example, have been dismissed by doctors' biases or our communities have been inhumanely tested on, it makes sense that previous generations are wary of trusting therapists and therapy to support them."

She adds that cultural values can often stand in opposition to the concept of therapy. "Take familismo, for example, which centers pride, belonging, and loyalty to the family as a unit and its members. This cultural value holds that there's inherent strength within the family and any challenges that arise might be resolved among its family members," Rosario says. "Seeing a therapist, which typically happens individually in the U.S. can be seen as fundamentally in opposition to this foundational value in the Latinx community."

Understanding the survival tactics many of our parents, grandparents and ancestors took on – especially as immigrants – is important to consider. A lot of the choices made and a lot of the decisions to put their emotions and mental health needs to the side, were made out of necessity and survival. Rosario explains how a lot of these survival tactics are also so ingrained in our families and interpreted as "strength" and as something they take pride in. As a result, seeking help contradicts that. "It's important to note that previous generations would lean on their religious and/or spiritual community for support in their home countries. Therapy in this country is a different experience than what they're accustomed to when it comes to (emotional) support," Rosario adds. She believes the key to healing our communities and encouraging previous generations to seek out therapy and mental health support is by first recognizing our own privilege in having the knowledge, information, and access we have today. But part of the work is also focusing on our own healing journeys. Because when we're healthier human beings, we're better able to support those around us. Even if that support is as simple as being present and lending an ear to a relative who just needs to be heard and seen.

"As we gather with family and spend more time with them, it makes sense that it can be an emotionally charged time. You may be gathering with folx you haven't seen in a while, folx who hold views different than yours, or folx with whom you need strong boundaries," Rosario says. "While it can be a joyous time, it's also a time where we can tap into our emotional health to keep us safe, grounded, and present. You may have an opportunity to speak out about mental and emotional health with family and it's also important to respect where folx are in their own process with their emotional health. Some folx may be interested in and open to conversing about mental health, others folx may be confused, triggered or not have any interest in it. It's important that we don't take it personally, though it might be hurtful, and have supports in place so that we can take care of ourselves as best we can."

View the short film below: 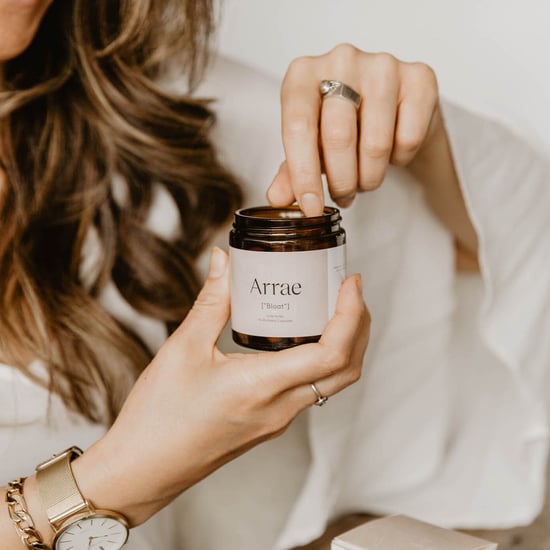 Product Reviews
As a Supplement Skeptic, I'm Pleasantly Surprised by the Arrae Bloat Pills
by India Yaffe 5 hours ago

HBO
Meet the Cast of Your New Favorite Period Drama, The Gilded Age
by Divya Meena 2 days ago

Hunter Schafer
Hunter Schafer on Becoming Jules: "A Lot of My Experiences Fall in Line With Hers"
by Njera Perkins 3 days ago