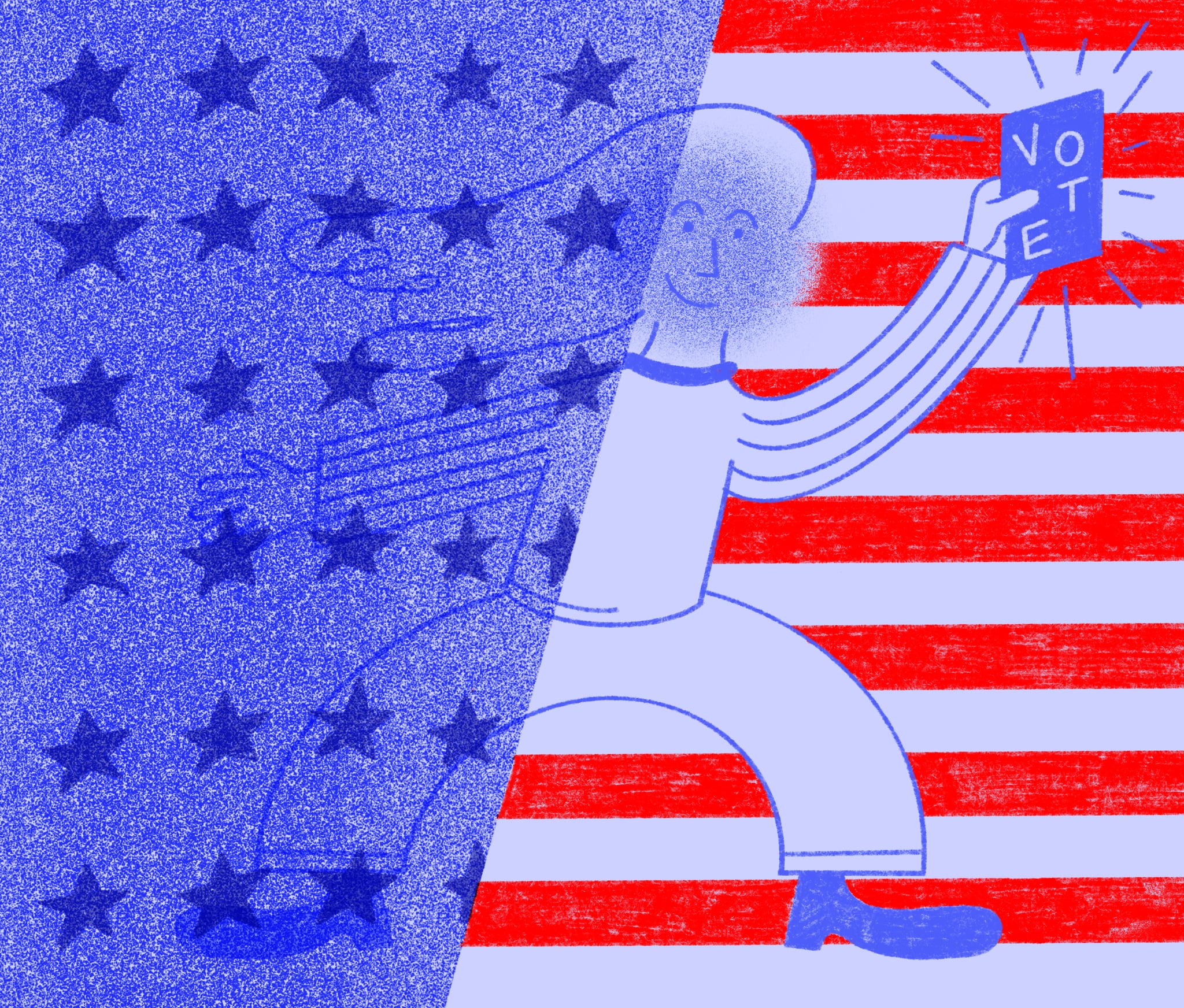 After growing up undocumented until I was 14, I finally became a US citizen in 2017 after an overwhelming sense of fear hit me on Election Night 2016. It's no surprise that after seeing President Donald Trump get elected, I knew I had to become a citizen, no matter the cost, in order to not only secure my place in the US but also to fight for those who remain in the shadows due to their immigration status. Five stressful months and $650 later, I passed the written and verbal citizenship exam and got sworn in as an American citizen in June 2017.

Typically, at this ceremony, the court has a prerecorded message from the president congratulating newly naturalized citizens, but under Trump, there was no such welcome message. It was highly unusual, but not at all surprising. I'll never know if New York state chose not to play it or if Trump just hadn't recorded one yet, but either way, I was relieved to not have to sit through that on such a monumental day for me as a Chilean-American. I had finally reached my final form!

Although I'd had a green card (long-term permanent resident) for eight years prior to being naturalized, I knew I had to become a US citizen after the 2016 election because green-card holders, though taxpayers, do not have the right to vote. Under President Barack Obama, I naively felt comfortable living with LPR status because it felt safe, and paying $595 (plus fees) to have the right to vote, when I had college textbooks that cost the same, didn't feel like an absolute necessity. But with every month that went by with Trump as president, and the radical anti-immigrant policies such as the Muslim Ban and attempting to terminate the DACA act, I became antsier and antsier to be an unremovable citizen.

When I watched Obama get inaugurated in 2008, I cried because of everything it meant for young immigrants, even though I was already a (incredibly grateful) green-card holder. I attended Obama rallies knowing I couldn't vote for him. Now, I'll do everything I can to vote for a president who stands for me and others like me who consider the US their home.

This year — at the age of 28 — after living in the United States since I was 6 months old, I'm excited and emotional to finally make my vote count and help elect politicians who will defend undocumented-immigrant communities, women's rights, and the working class. Like those who voted for Obama in '08 and gave me hope, I plan on voting for a leader like Bernie Sanders who will give young immigrants who are currently living in the shadows hope that someone is on their side.