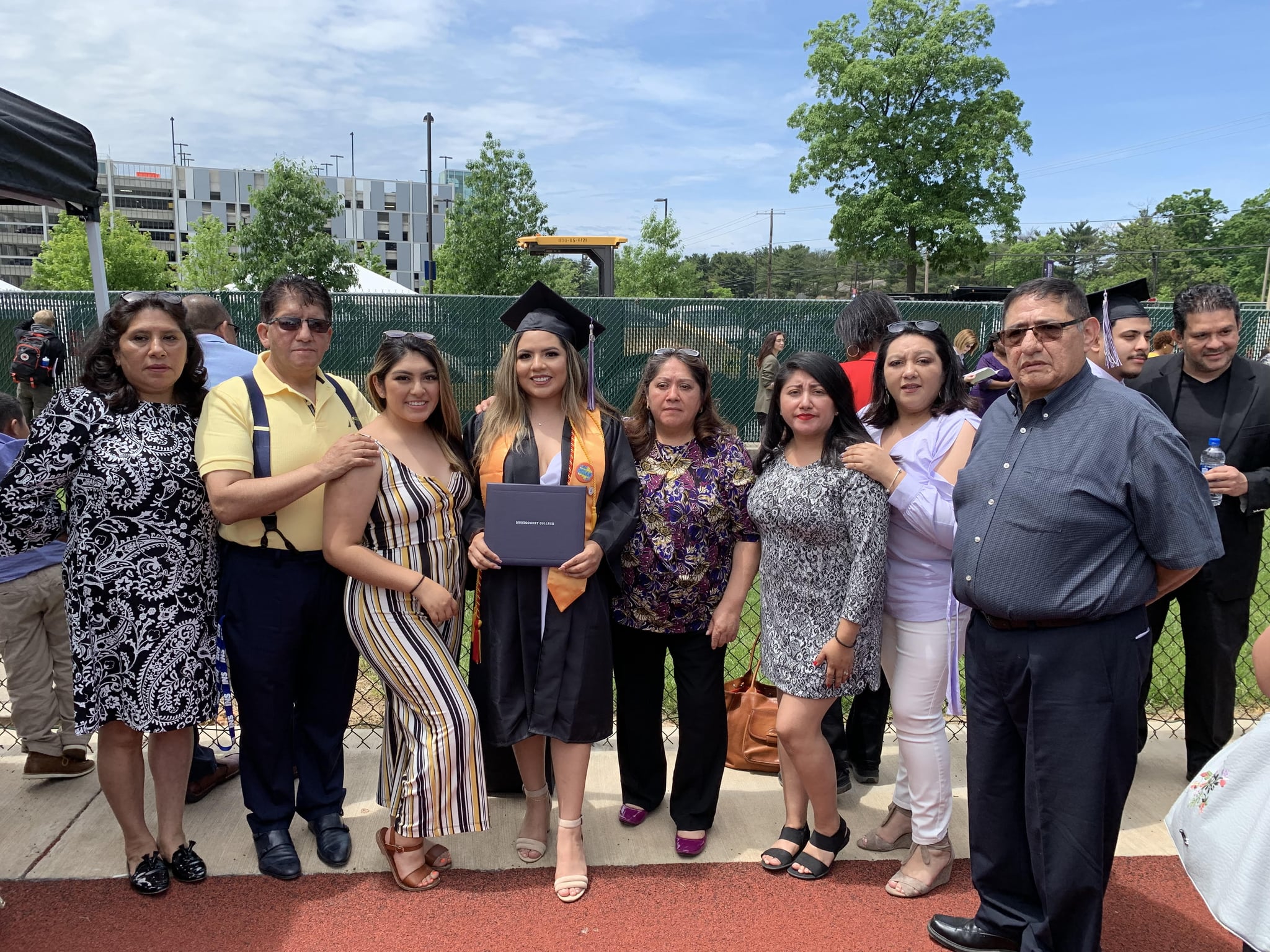 Luz Chavez-Gonzales is a youth mobilizing organizer with United We Dream.

I am a fearless undocumented woman of color. It's been a long journey to think of myself in that way, and sometimes I still don't always quite believe it, but I feel powerful saying it.

I am a Deferred Action for Childhood Arrivals (DACA) recipient. I migrated to the US from La Paz, Bolivia, with my parents when I was 4 years old. But, growing up, I did not know I was undocumented. I was introduced to the immigration movement at a very young age. For as long as I could remember, I would look up to my older cousin Silvina. She was always outspoken and passionate about standing up for others. By the time she entered high school, she had come to the realization that her family was undocumented. Being resilient, she mobilized our whole family to join her at protests and marches. I was only 9 years old the time I went to my first immigration reform march. By the time I was 14, I joined her in actions on Capitol Hill, going to congressional offices and hearing stories of undocumented folks from all over, even shutting down roads as we called on the Obama administration to stop deportations.

It wasn't until 2016 after Trump was elected that I had to make a choice: to stay in the shadows, or to go from just joining protests to organizing my community.

For a long time, I knew my aunt and uncle were undocumented, and I grew up going to these actions with the intention of showing my support. It wasn't until I was 16 that I learned that I myself was also undocumented. I remember the day my parents took me to a lawyer to apply for DACA. Initially, I didn't know what I was applying for, but midway through the process, I stopped and asked, and that's when my parents pulled me aside and told me we were undocumented. In that moment, I felt alone and afraid because I came to the realization that any small mistake would jeopardize the safety of my family. Because of that fear, I stopped joining protests and retreated into the shadows. It wasn't until 2016 after Trump was elected that I had to make a choice: to stay in the shadows, or to go from just joining protests to organizing my community.

Earlier this summer, DACA recipients won at the Supreme Court when they ruled that Donald Trump broke the law when he tried to end DACA. But despite this victory, there is still so much uncertainty. Trump openly defied the Supreme Court for weeks, refusing to reopen new DACA applications. Then in July, Trump set in motion his plan to finally end DACA again by issuing a new memo that would cut DACA renewals in half, from two years to one year, and again reiterated that new DACA applications would not be accepted.

Unfortunately, this uncertainty is not new. However, it has made me a resilient person and someone who fights for their community. The reality of losing my protections from deportation didn't go away with the Supreme Court decision. If Trump succeeds in ending DACA completely, it will put me and my family at risk of losing everything. This has all been exacerbated in the backdrop of the COVID-19 pandemic.

Since the beginning of the pandemic, I've had to become the sole provider for my family of five. My family was devastated within the first week of the stay-at-home order for Maryland. Both of my siblings got laid off, my mother lost her job, and my disabled father was unable to find any type of work due to an accident at work that had left him unemployed since October. Fortunately, my employer allowed me to work from home instead of laying me off, a privilege many in my undocumented community do not have. As of now, and like many other DACA recipients, I am the sole provider for a family of five, working multiple jobs to survive. Thankfully, as an organizer, I put my skills right to work to provide for myself, my family, and my community.

That community spans to my hometown, Gaithersburg. I coach my former high school's Latin dance team called Sabor Latino. It was a team I was formerly part of and the only safe space I felt as I struggled with the realization of my undocumented status. The students who currently lead the team amaze me in so many ways, and due to COVID-19, all their scheduled performances and events got canceled. Francis, a leader of the team, came up with the idea of mobilizing the dance team and alumni to serve families in need. Like my family, many others had lost their jobs and were receiving no support from the federal government. So it was up to our community to provide for them. In the span of one month, we delivered boxes of donated fresh produce and masks to over 200 undocumented families throughout Montgomery and Prince George's counties in Maryland.

DACA has shown us what happens when the people directly impacted are the ones putting forth the solutions; it's a testament to the power of youth organizing and remains the single most successful immigration victory the nation has seen in my generation.

What have I learned from being a community organizer? You have to step up to make sure your community has what it needs to survive. DACA is a perfect example of that. DACA has shown us what happens when the people directly impacted are the ones putting forth the solutions; it's a testament to the power of youth organizing and remains the single most successful immigration victory the nation has seen in my generation.

Ahead of the Supreme Court hearing oral arguments on DACA, youth leaders and I organized high schoolers from Gaithersburg High School, where I graduated from, to join a walkout to rally outside the Supreme Court. It was so powerful to see that we filled up three buses of students to go, but even more than that, at least five young people I worked with spoke publicly for the first time about being undocumented. Just like me, they went from a place of fear and uncertainty to a place of strength.

My story as an undocumented student going through the college process wasn't easy, and the lack of support I received was something I always look back at. I graduated from Montgomery College in 2019 and became a National Dream.Us scholarship recipient. Currently, I am a senior at Trinity Washington University double majoring in political science and sociology. The help I received throughout my journey was by undocumented mentors who pushed me to continue this work. I wanted to give back all the knowledge I had to my former high school, so in October, I organized an immigrant youth summit. From that summit, I started to mentor 10 undocumented youth, who later became community organizers and recipients of full-ride scholarships to schools they hadn't even imagined getting into. They led and organized walkouts, started school chapters, and came out as undocumented for the first time.

Never in a million years would I have thought that I — a scared Bolivian girl who didn't know she was undocumented until she turned 16 — would shape young leaders who would impact their communities. I learned valuable lessons about the power of organizing since I was very young, and I keep learning. I keep bringing others into the movement to help them transform the way I have. DACA gave me the confidence to achieve my dreams. Now I know I am undocumented and unafraid, and I know the power of speaking up about injustices. I am the direct result of knowledge and resilience. This is my home, and I am here to stay.

To learn more about how COVID-19 has impacted undocumented immigrants and take action to protect people like Luz and her family, visit United We Dream.